The Lasso of Truth and the Lie Detector By Sonia Shechet Epstein | June 20, 2017

The same person who invented a lie detector test created Wonder Woman, so it is no wonder that one of her weapons is a lasso which forces those caught to tell the truth. The harder they resist, the more painful. The new film WONDER WOMAN, directed by Patty Jenkins, stars Gal Gadot–she often uses the glowing yellow lasso to keep peace on Earth. Wonder Woman’s originator, William Moulton Marston, was a divisive psychologist. He is best remembered for Wonder Woman rather than for his scientific contribution.

William Moulton Marston theorized that an increase in blood pressure correlated with heightened emotions. This is a core component of what became known as the polygraph test, which measures pulse rate, skin conductance, and breathing as well as blood pressure. In 1917, Marston published in the Journal of Experimental Psychology about the experiments he had done correlating blood pressure readings with feelings associated with lying. This subject would become the focus of his dissertation. Titled “Systolic blood pressure symptoms of deception,” his article discusses the possibility that blood pressure might be used in a legal setting to discern truth from lies.

In WONDER WOMAN, Diana Prince uses her Lasso of Truth as a tool for questioning. William Moulton Marston wrote the script for Wonder Woman and worked with the artists who drew her. Marston had a law degree as well as a doctorate in psychology. 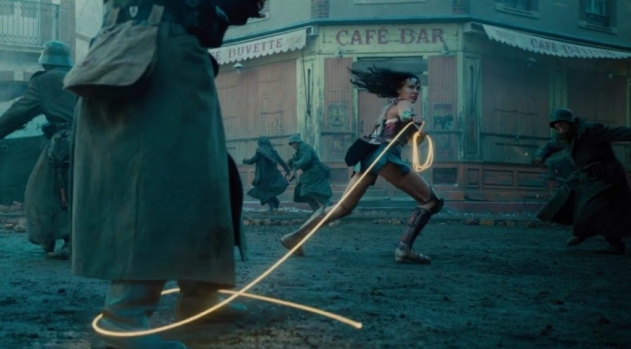 The first polygraph test employed Marston’s same general theory–higher readouts correlated with lying. Developed by John Larson, the 1921 polygraph was a machine which measured blood pressure, pulse, and respiration rates. Leonarde Keeler invented a more compact version of the polygraph machine in 1926. Typically, a polygraph machine is composed of a rubber band around the thorax to measure respiration, an inflatable cuff to gauge blood pressure, and a measure of sweat. These devices are connected to a reaction indicator. As questions are asked, the interrogator marks on the reaction indicator which questions were asked at which point, thereby creating a visual transcript of the interrogation. 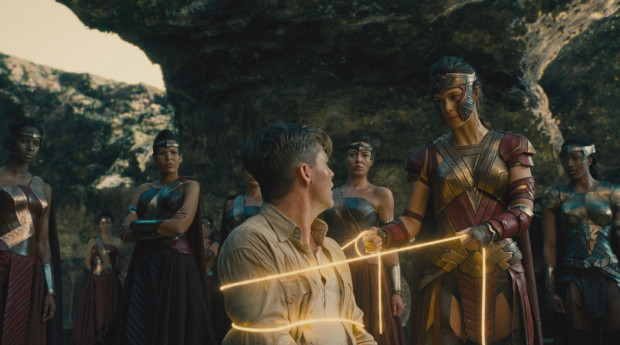 WONDER WOMAN, directed by Patty Jenkins and starring Gal Gadot, is now in theatres around the world. A forthcoming film focusing on William Moulton Marston–PROFESSOR M–stars Luke Evans as Marston, and Rebecca Hall and Bella Heathcote as his partners. The film is likely to include the story of Marston’s unusual personal life and controversial experiments.