No Explosions at the
Nitrate Picture Show By Sonia Shechet Epstein | May 16, 2017

The most dangerous film festival is in its third year at the innocuous-sounding George Eastman Museum in Rochester, New York. Projecting nine feature films on nitrate prints, the Nitrate Picture Show took place from May 5-7, 2017 at the Dryden Theatre in the Museum.

Nitrate prints are flammable. The rote emergency exit speech in the theater at the beginning of the film program never seemed so pertinent. As a film base, nitrate was used by filmmakers beginning with the invention of the moving image in the 1880s up until 1952. George Eastman, whose mansion was transformed into the Eastman Museum and Theatre, and whose collection started what is now an archive of 28,000 film prints, manufactured nitrate film stock. He began the Eastman Kodak company when he was 27, in 1881.

Nitric acid is what made nitrate film stock so explosive. Cellulose, which looks like cotton, was treated with nitric acid. Once it was in a liquid form, it was cast onto a glass surface, such as a table. Once the liquid dried, the nitrate base was then coated with a gelatin emulsion of silver bromide which made it particularly transparent. Then, the solution was stripped from its surface, and cut to 35mm and perforated.

Nitrate film stock was the only option available to filmmakers until so-called safety film was invented. Eastman began selling acetate-based safety film in 22mm in 1910. Most nitrate prints were transferred to safety film, which was not flammable, and subsequently archives burned a tragic number of nitrate originals. The earliest surviving nitrate print is from 1913 and was projected for the Nitrate Picture Show. Thirteen film archives from around the world–from the Library of Congress to the National Film Center of Tokyo–leant prints for the festival.

The lineup of feature films were made between 1938 and 1951, and all were directed by men. Three films had scientific themes: Arne Sucksdorff’s short A DIVIDED WORLD, James Algar’s short SOMETHING YOU DIDN’T EAT, and Karel Stekly’s feature SIRÉNA. 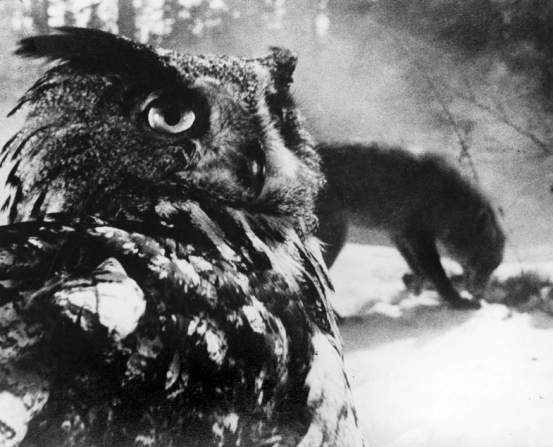 A DIVIDED WORLD, from 1948, is about the food chain. It is a gorgeous black-and-white film set in the winter about a ferret that hides from a wolf that eats a rabbit which is salvaged by an owl. The presenter from the Swedish Film Institute said he thought it was mostly, if not entirely, shot in a studio. Sucksdorff directed thirteen short documentaries and is most well known for his nature documentaries. Also about food is James Algar’s 1945 animated short, made for the war department, called SOMETHING YOU DIDN’T EAT. The film is about eating a well-balanced diet; it flashes back to 1747 when it was discovered that Vitamin C deficiency caused scurvy, and 1890 when it was discovered that Vitamin B1 deficiency causes beriberi. The woman of the household is told in a voiceover to think of herself as an architect, sculpting her family through multi-course, well-balanced meals. SIRÉNA, directed in 1947 by the Czech director Karel Stekly, is about a coal town and the lives of the miners working there. The characters strike for better working conditions, and the film centers on the relationship between the miners, industry, and government in Czechoslovakia. (The forthcoming National Geographic documentary FROM THE ASHES is about the current state of the coal industry in America.)

Three features in the Nitrate Picture Show program (ANCHORS AWEIGH, PHANTOM OF THE OPERA, and TOGETHER IN THE WEATHER) were colored by Technicolor. The George Eastman Museum has a dazzling display case of Technicolor dye tests, some of which were prepared by DyeStuff Corp. Bottles are labeled Acid Violet, Cibalan Yellow, Rose Bengal, Alizarine Green Powder, Direct Fast Violet, or with chemical formulas. Technicolor films were made using a three-strip process wherein each filmstrip recorded red, green, or blue, which combined to produce the whole spectrum. The Museum of the Moving Image has a three-strip Technicolor camera from 1940 on display in its permanent exhibition “Behind the Screen.” The camera can advance the three separate film rolls simultaneously; inside the camera are filters that direct colors to the appropriate filmstrip. 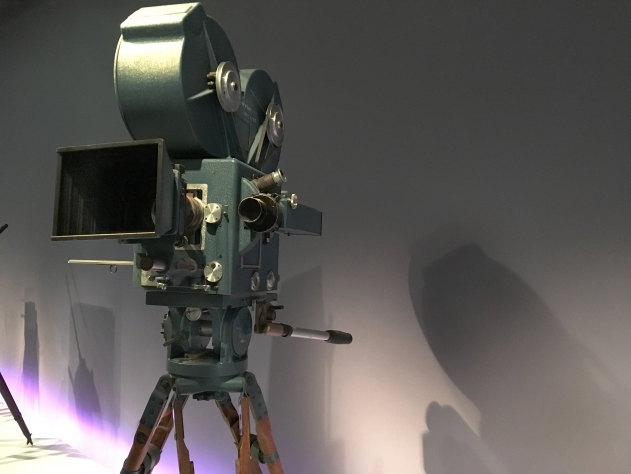 The Dryden Theatre in the George Eastman Museum uses Century Model C projectors to show nitrate prints. All parts of the projector are encased, so as to minimize the potential for destabilization of the print and explosion. Originally, the Model C projectors used carbon arc lights, which produced very strong ultraviolet rays. In 1979, the theatre switched over to use the less dangerous xenon lights.

In addition to the Dryden Theatre, the Egyptian Theatre in Los Angeles, the UCLA Film and Television Archive, the Stanford Theatre in Palo Alto, and the British Film Institute in London are equipped to show nitrate films. The Nitrate Picture Show is directed by Paolo Cherchi Usai, with Jurij Meden, Jared Case, and Deborah Stoiber of the George Eastman Museum. The next Nitrate Picture Show will take place from May 4 to 6, 2018.