Theodore Melfi’s new film HIDDEN FIGUES dramatizes Margot Lee Shetterly’s nonfiction book about the African American female mathematicians–human computers–who helped the U.S. win the space race. The film centers on Katherine Johnson (Taraji P. Henson), Dorothy Vaughan (Octavia Spencer), and Mary Jackson (Janelle Monáe). These women were among those who computed trajectories for the first astronauts, including John Glenn, to orbit the earth. To write her book, Shetterly researched in NASA’s archive. Dr. Bill Barry is NASA’s Chief Historian at the DC headquarters where the archive is housed. Science & Film spoke with Dr. Barry on the phone from NASA offices about the human computers featured in HIDDEN FIGURES.

Science & Film: Did you know about Katherine Johnson, Mary Jackson, or Dorothy Vaughan before HIDDEN FIGURES?

Bill Barry: The historian who used to be at Langley [Research Center] started doing research on the women computers in the late 1980s. But, until Margot came to headquarters I didn’t know all the personal details about Katherine Johnson. Typically, when we have someone in doing research–for example we have two people doing research here today–we usually stop by to ask them what they are researching. I always learn something new. Within the historical community these women were known but even across NASA some people were like, Katherine who? 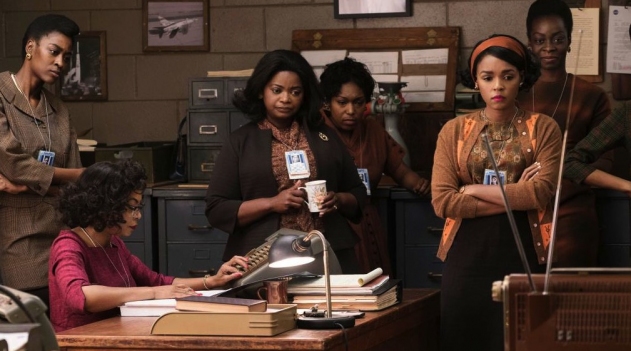 S&F: How have people at NASA received the film?

BB: It’s an extremely well done film and people across NASA are excited to hear the story, and they enjoy the movie. From our perspective, there are a few good takeaways for the agency. The film reaffirms one of the things that has been a long held tradition at NASA: it doesn’t matter who you are, where you come from, or what kind of packaging you come in. What we care about is whether you can do your job and do it well. There have obviously been cultural and social constraints that have impinged on our ability to do those sorts of things, but we all believe in that, and work at an organization that does, so it is nice to see that enforced on the big screen.

S&F: What was the culture at Langley Research Center in Hampton, Virginia in the 1960s when HIDDEN FIGURES takes place?

BB: Langley Research Center is in the deep south, and at the time Jim Crow laws apply and there are supposed to be separate bathrooms and dining rooms. Langley was the mecca for aeronautical nerds of the country in the ’20s and ’30s and into the ’40s and ’50s, so there were a lot of really bright people from all over the country there. The locals in the Hampton area referred to the people who worked at the National Advisory Committee for Aeronautics, NACA, which became NASA in 1958, as NACA nuts. They had a reputation. R.T. Jones is the pioneer of swept-wing flight in the United States, one of our brilliant NACA folks in the ’50s and ’60s. He was actually arrested in Hampton, Virginia for interfering with police who were beating up a black man on a Saturday night. He apparently saw this attack and stepped in. He wound up in jail himself, although he didn’t wind up being prosecuted. I suspect that the police realized that this was one of those NACA nuts, so no wonder. To some extent, the folks at Langley had this freedom to ignore social norms like segregation and I think that made the situation ripe for what gets depicted in the movie.

S&F: Do you think the movie will re-invigorate interest in the U.S. space program?

BB: Possibly. It looks to me like we have had a remarkable string of positive space exploration movies in the past few years: GRAVITY, THE MARTIAN, and HIDDEN FIGURES. Of course, I am a space geek myself; I wouldn’t be here if I wasn’t, so I think it is great. I love going to see space movies. The fact that folks in Hollywood think they can make money and tell good stories about space is a great thing. That indicates that there is a level of public interest which either has been untapped in the past or maybe the public is getting more interested. Looking at it from the historians perspective, we are kind of in this lull period; we are not launching Americans and the space station is kind of this thing that flies around and people forget that there are six people up in space all the time. But, the commercial providers like Space X and Boeing are looking at launching Americans to the space station on a commercial basis starting next year. Once that happens, we’ll be in a position where there will be more interest in what is going on. Then we’ll see where it takes us.

S&F: One of the interesting things in HIDDEN FIGURES is when Langley installs an IBM computer. At that point, why were human computers still necessary?

BB: NACA hired the first human computers in 1935. It was an experiment because engineers were complaining about having too much math work to do, and they thought it detracted from getting their research done. Women had been used as human computers at least into the 19th century that I know of, and particularly with astronomical research. There is a great book by Dava Sobel [The Glass Universe] that just came out about that. 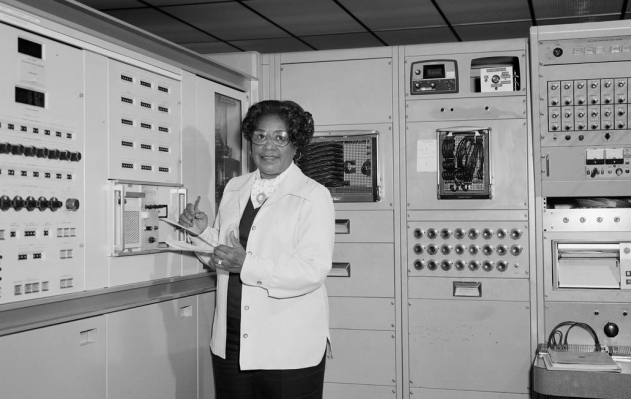 I think the movie does a really great job of depicting Dorothy Vaughan. She was an amazing woman. She saw the electronic computer coming and realized that human computers were going to be out of a job soon unless they found a way to make themselves useful. They were really important to proving that the software on the electronic computers was correct. It was also useful to have people programming computers who knew the math so they could check what was being calculated. Dorothy really saw that the future of human computers was in computer programming.

S&F: When did “human computer” stop being a job description?

BB: There were human computers at NASA until the early ’70s checking computations and assisting engineers when electronic computers weren’t available. NASA originally set them up as pool as is shown in the movie but actually by the time the movie takes place most of the pools were gone. The people who worked in the facilities wanted to have their own computer. The computes got distributed around the various facilities and some of them wound up back in a pool, but then the same thing happened with electronic computers and everybody wanted their own. There is a constant ebb and flow of people and technology back and forth.

S&F: When you say pool, does that just mean a group of people working in the same room?

BB: The first five women hired in 1935 were put in what is called a computing pool. It was a separate office. For example, at Langley there were various wind tunnels and engineers needed somebody to take measurements as the experiment was running and then do the analysis. Rather than having a computer sitting around, NASA had all these people assigned to a pool on any given day, then the various facilities would send a message to the person who ran the pool, for example Dorothy Vaughn, and say, I need a person for this. And the head of the pool would shop people out for various positions.

BB: There are people with math degrees at NASA. In fact, I had an intern who was a math major and he just got a job working in the chief financial officer’s office. There are people with math backgrounds, though typically they wind up in engineering or analytical jobs. Math is done so much by machines these days. I don’t even know if the job title still exists, mathematician. 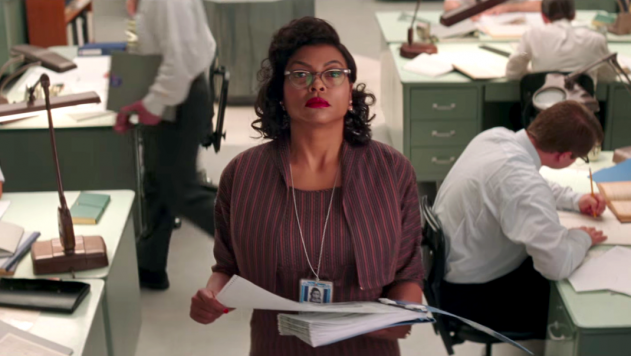 S&F: How did you become Chief Historian of NASA?

BB: Interestingly enough, the first thing I literally remember in my life is watching John Glenn’s mission on TV and worrying about whether or not he was going to get back to Earth. After that, I was hooked. I originally dreamed I would be an astronaut, but I don’t have the math chops. I wound up going to the Air Force Academy and served as a pilot for a number of years, and taught at the Air Force Academy. When I retired from the Air Force in 2001, NASA hired me to work on international relations because I had done a lot of work on the history of the Soviet space program. For my Ph.D. I wrote my dissertation on the political history of the early Soviet space program. NASA was looking for a new guy to do international relations with Russia and I spoke the language and knew a lot about the space business over there. I did that for nine years then the chief historian’s job opened up and I had been lusting after that job for quite some time.

S&F: There is probably going to be more work for you with all of these movies about space coming out.

BB: Yes, actually my phone rang while we were talking from our Hollywood guy. There is someone else in the Office of Communications who does most of the liaising with the movie industry. He has been sending a lot of calls my way lately about various movie scripts.

Bill Barry has been NASA’s Chief Historian since 2010. He received his doctorate from the University of Oxford. HIDDEN FIGURES is being distributed by 20th Century Fox. Margot Lee Shetterly’s book Hidden Figures: The American Dream and the Untold Story of the Black Women Mathematicians Who Helped Win the Space Race, is available where books are sold. Both the book and film have received support from the Alfred P. Sloan Foundation.