Who predicted that the Google computer program DeepMind would beat champion Lee Se-Dol 4 to 1 at the Go Tournament in March 2016? Not Dr. Clare Bates Congdon, a computer scientist and Professor of Computer Science at Bowdoin College who was betting on Se-Dol. She specializes in machine learning and has researched video games. On March 22, she introduced a screening of Andrew Bujalski’s award-winning film COMPUTER CHESS, about a fictional computer chess tournament in the 1980s. The film shows teams rolling huge computers around so that their programs can compete against each other. Only one woman is present in the whole tournament.

The screening took place at the Railroad Square Cinema in Waterville, Maine as part of the Science on Screen program which pairs scientists with films. Science & Film spoke on the phone with Dr. Congdon about computer game tournaments and the film:

Science & Film: COMPUTER CHESS has a humorous take on the culture of computer chess tournaments and computer programmers. Do you think it is an accurate portrayal?

Clare Congdon: It is accurate to a certain extent. I wasn’t there in the 1980s when the film was staged, but I have been in competitions and as a professional computer scientist the notion that a woman is an oddity is sadly still true. Women are still underrepresented in computer science. The portrayal of computer scientists as being geeky rings true. Computer science is much broader than it was in the 1980s and much more inclusive of a variety of personalities and viewpoints, but I think it probably does reflect, in general, what a computer scientist was like in that era. 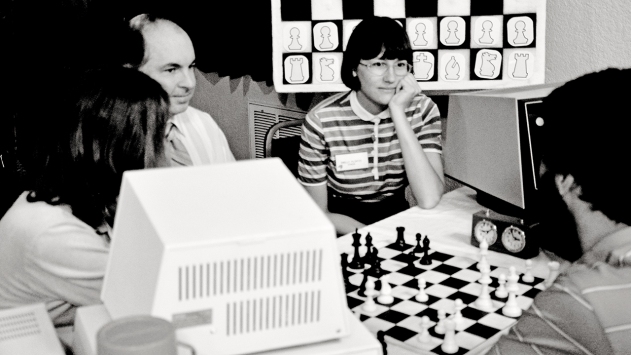 S&F: Have you been in computer chess tournaments yourself?

CC: Not computer chess. I’ve done video games. We make artificial game players, which is the same idea but they play Ms. Pac Man or Mario.

S&F: What do you think about the recent win of the Google computer program DeepMind against the Go champion Lee Se-Dol?

CC: It’s pretty exciting. When Garry Kasparaov lost in 1997 to the chess-playing computer program Deep Blue, he just lost his cool. I think the human facet of that is hard to figure in how it might have played out in the Go tournament. My understanding is that the humans were starting to understand the computer’s playing style and how to respond to it, because it is very different from a human playing style. There is a lot of pride involved in this, of course, and ultimately I believe the computers are going to win. I can also understand that having some practice with the computer can possibly result in a different outcome in the short-term. A human being could learn to respond to the computer just as the computer has learned how to respond to humans. 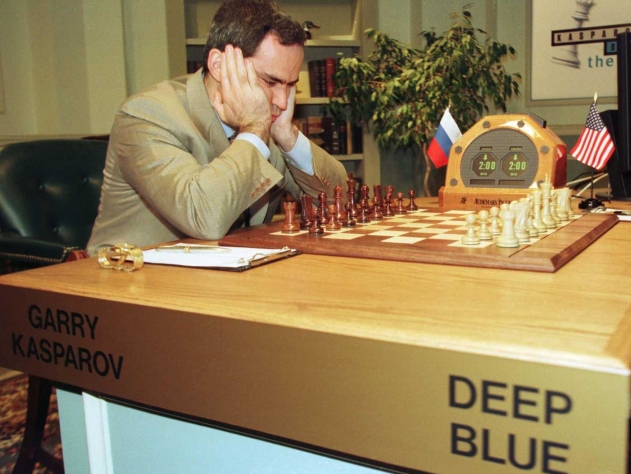 S&F: I read that Lee Se-Dol said he felt psychologically crippled by not being able to see his opponent in the Go tournament.

CC: I can very much imagine that. I think a number of these games do have this human component of sitting down at the table together and funny little mannerisms that would reveal things or make it a different experience.

S&F: Did you think the DeepMind compuer program was going to win?

CC: I actually thought it might go a little more like the Kasparov matches with chess where it wouldn’t be surprising if the computer won one of the games, but I guess it came out opposite of what I would have predicted. The human only won once. That’s very interesting.

S&F: What do you think it means for the future?

CC: We are getting better and better at learning programs. It is related technology to what Google is doing with self-driving cars. They are also doing image recognition. This is a related Google project where they are trying to find the faces in images. Sometimes if they are overzealous they find faces where there aren’t any in the picture. It is a process and the human beings who are writing the computer programs are just getting better at knowing how to do that. 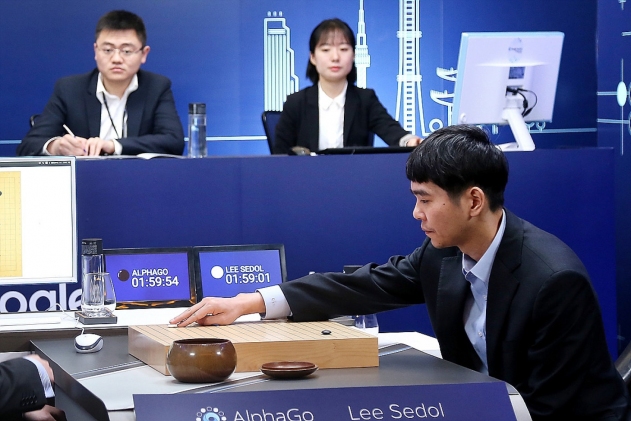 S&F: What is the purpose of the face recognition software?

CC: Some of it gets a little scary. A lot of it can be security stuff, which would be positive if you have security cameras and you are looking for a specific criminal; you could identify that person in the crowd. Some of it becomes Big Brother-ish and surveillance, and then that’s not so happy-making.

S&F: What is your approach to studying artificial intelligence?

CC: Chess, Go, and Checkers are turn-taking games. The way we first approach them with a computer is: it’s your turn, it’s my turn, these are the things you can possibly do when it’s your turn, and these are the things I can possibly do when it’s my turn. The Deep Blue chess-playing program that beat Kasparov for example, was largely a feat of powerful computers just being able to look into the future enough moves to understand the more strategic move. To some extent, Deep Blue used a brute force approach that relies on a lot of powerful computing.

When you’re working with a video game, there is not that turn-taking, and the word we sometimes use is real-time. The game is proceeding and if you stop to think you may lose an opportunity. In a video game it is incumbent upon the system to be much more reactive and to make a snap decision, whereas in a game like Chess or Go you have time to think about your move. I got into doing video games by doing robotics first. I had computer programs that would learn to move around in a real environment and then transferred that over to the virtual environment of a computer game. The computer may be playing Ms. Pac Man and she has to decide where to go in a virtual world rather than in a real world.

This plays into the COMPUTER CHESS thing too: how much of what one can do has to do with how good the hardware is at that time. So for the computer chess tournament it is really limited just by the memory on the computer. The early video games were also limited by the graphics capabilities. Of course, in modern video games the graphics are just out of this world because the hardware has changed.

CC: I’m not working on computer games because there is not any grant money for that. If you work on defense-related things then there is grant money, but that hasn’t been my personal choice. What I mostly do now is called bioinformatics and it doesn’t have anything to do with the games. What I have done with games has been driven by student interest. The students are doing the bulk of the work because the games are so very motivating, so as an educational experience I always loved working on those games, because the students work so much harder.

The Museum of the Moving Image is hosting an exhibition of arcade games from the collection opening in May. Science on Screen began at the Coolidge Corner Theatre in Brookline, Massachusetts and received a grant from the Sloan Foundation to expand to cinemas across the country which each develop their own Science on Screen programming. Science & Film has previously covered TRAINSPOTTING and DIVING BELL AND THE BUTTERFLY.