PARTICLE FEVER, the critically acclaimed and Sloan-honored 2014 documentary film, has received yet another accolade courtesy the National Academies of Science, Engineering, and Medicine. The 2015 Communication Award, granted to PARTICLE FEVER in the Film/Radio/TV category, was presented for “an engrossing, minute-by-minute diary of the roller-coaster nature of scientific discovery.” These $20,000 awards are given as part of the Futures Initiative created in 2003 to encourage interdisciplinary research. The National Academies are nonprofit institutions that provide expert advice to help shape policy, inform the public, and advance science, engineering and medicine.

The 2014 film PARTICLE FEVER is about the discovery of the Higgs Boson via the largest machine—the Large Hadron Collider—ever built by man. It was directed by particle physicist turned director Mark Levinson, and produced by David Kaplan, a physics professor at Johns Hopkins University, who also stars.

In Spring 2014, science and film writer Anthony Kauffman interviewed Kaplan about the making of the film, as well as everything from dark matter to the origins of the universe to the theory of the multiverse. The Large Hadron Collider just started up again this fall. 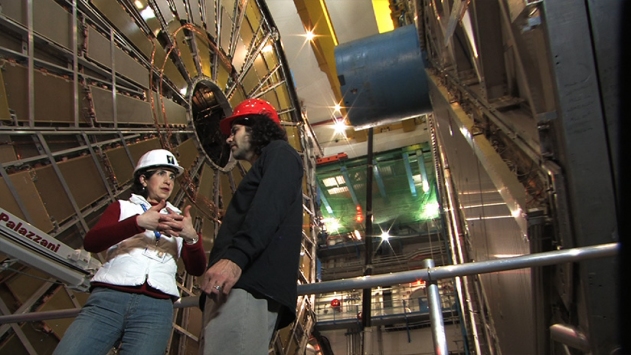