Based on the true story of the search for the mailer of anthrax letters sent to journalists and politicians following 9/11, THE HOT ZONE: ANTHRAX premiers over three nights on National Geographic starting November 28. ANTHRAX is the second season of this anthology series; the first season focused on the Ebola outbreak and premiered at the 2019 Tribeca Film Festival, followed by a panel supported by the Alfred P. Sloan Foundation of scientists and the filmmakers. ANTHRAX stars Daniel Dae Kim as FBI Special Agent Matthew Ryker, and Tony Goldwyn as suspect Bruce Ivins. We interviewed Daniel Dae Kim about playing Agent Ryker, whose scientific training made him uniquely suited for the investigation.

Science & Film: What inerested you about the character you portray?

Daniel Dae Kim: It is a number of things, one of which is that he was a scientist. It’s a non-traditional route into the FBI. I had conversations with a few FBI agents and none of them took the route of being a scientist first. Generally, you go to college, you go to the Academy, and then you’re out there. He took a more indirect route, and the fact that this investigation took the turns that it did made it in his very specific wheelhouse. He was better equipped than 99% of the other agents to solve the mystery. 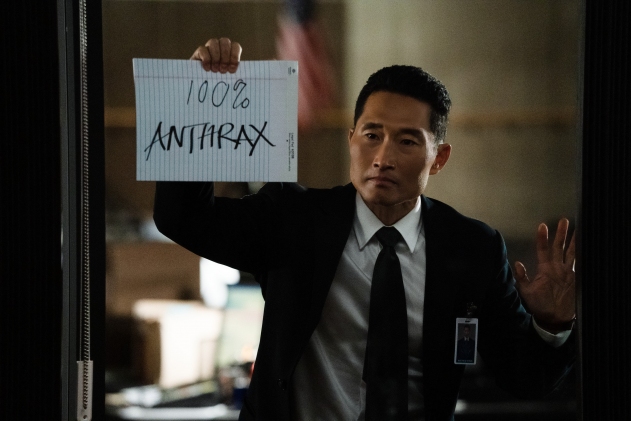 S&F: What research did you do in preparation for the role?

DDK: The first thing I did was I went on a deep dive courtesy of Google. There is no shortage of information about what happened during that time, and there is no shortage of misinformation–to be quite frank. So it was interesting to go through the facts of the investigation and then go through the fiction, and try to separate the two. I learned a lot that I’d forgotten and that I’d never known to begin with about the twists and turns the ingestigation took, and how close the country was to real danger.

In addition, as I mentioned, I talked to few FBI agents who were working at the time of 9/11. Getting their perspective was really important as to the psyche and mindset of what Ryker might have been going through and what it meant to be protecting the country at a time when it was arguably at its most vulnerable.

S&F: It seems like there are still some competing accounts of what happened. Did you have any qualms with the direction the series went in representing the event?

DDK: In doing the research, I discovered the answer to that question. What I thought was really interesting was that what is portrayed in the series is exactly how the investigation went in terms of who they thought was the prime suspect and the assumptions they were making that were incorrect. That is part of the takeaway of this series. If there is something we can all learn, it’s that assumptions are very dangerous.

THE HOT ZONE: ANTHRAX stars Daniel Dae Kim, Tony Goldwyn, and Dawn Olivieri. It is executive produced by Kelly Souders and Brian Peterson, who are also its showrunners. The three-part series premieres on November 28 and will stream on Hulu.