Amy Seimetz’s new film SHE DIES TOMORROW brings the existential fear of death into the immediate present. Kate Lyn Sheil (KATE PLAYS CHRISTINE) stars as patient zero of an epidemic that spreads the belief that you will die the next day. In the film, this realization unfolds amongst a network of friends and relatives, played by Jane Adams (TWIN PEAKS), Katie Asleton (THE PUFFY CHAIR), Kentucker Audley (SYLVIO), Tunde Adebimpe (lead singer of TV on the Radio), and Jennifer Kim (MOZART IN THE JUNGLE).

SHE DIES TOMORROW was an official selection of SXSW 2020 and is currently in virtual cinemas through NEON. We spoke with writer/director Amy Seimetz about her inspiration and research for the film. This interview has been edited and condensed for clarity.

Science & Film: How did the conceit of the film, the contagious realization that one will die tomorrow, come to you?

Amy Seimetz: There is a personal side, which is dealing with my own anxiety. [With] existential anxiety my brain stops thinking in a linear fashion. [When I think about] death, it’s very present and real and it doesn’t matter if it’s going to happen 30 years from now or tomorrow. It’s an inevitable fact. For the sake of a narrative that is concise, tomorrow is much better than saying she dies 40 years from now, which might be the follow up, right? [laughs] What does that do to your brain?

When I was talking about [my anxiety] with my friends, I realized that I was spreading my anxiety to them, and also that talking about it only makes a dent in it because there are only so many words you can use to describe feelings. So I thought, wouldn’t it be great if I could just take this [anxiety], give it to you for a second, and you could completely understand what I’m going through, and then we could move on and talk about how fucked up it is? So there was sort of a sick gratification in that specific idea: what if I could just give you what it feels like, real quick?

In addition to that, leading up to the 2016 elections I watched the news incessantly and I still watch it now, given the time we’re in with COVID, and watched ideas spread. They’re usually fear-based ideas; watching those spread was the macro idea with [the film].

S&F: I can relate to what you’re saying in terms of the limitations of language to express feelings. The nice thing in your fantasy, which differs from your film, is the ability to then snap out of it and put it in context. What’s so absorbing about SHE DIES TOMORROW is how reality for everyone shifts in a moment.

AS: Even in my 20s, before I went through some really rough stuff, I would take note of the way people would tell stories about when something tragic or traumatizing happens. There is a huge pivot; it’s like, before the accident, this is how I thought about things. I remember listening to people tell stories and taking note of it in an objective, non-personal way. Then, when it happened to me, I was like, oh, now I get it—there is definitely the way I saw the world before and then after. 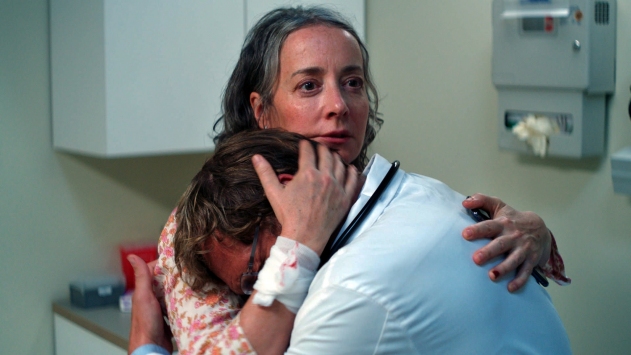 Something else that pertains to the movie is the sort of popping out of the anxiety. Your body, when you [experience] tragedy or anxiety or trauma, can’t stay in that anxious state for an extended period of time. So part of the rhythm of the movie, and the anxiety [the characters are] feeling, is that it goes from anxiety, to laughter, to kind of a mundaneness, which is how my cycles of all these things follow as well.

S&F: It’s reminding me of what people are saying these days, which is that we’re living in a “new normal.” Everyone is in a heightened state of anxiety all the time.

AS: In COVID, I get phone calls from my friends being like oh my god, school’s closed, they’re not opening this year, and they start panicking, and people aren’t wearing masks. In the moment they’re very overwhelmed, but you can’t maintain that all day long, so then you go back to, I think I’ll make tea.

S&F: I noticed in the film that there is some discussion about the relationship of non-human animals to death and anxiety, and how it differs from that of humans, so I am curious if you looked into that at all?

AS: My boyfriend’s dog is on of the most anxious animals I’ve ever met. He is so cute, but he is either super calm or wildly anxious. I did think about that.

READ MORE: Review of She Dies Tomorrow on Reverse Shot

I definitely thought about these studies on human beings’ responses to being reminded that they’re mortal beings. There are the proximal and distal [experiments], and one of them is that, if you’re told you’re going to die tomorrow some people will be like, well, I’m just going to smoke a ton and jump out of airplanes. Then there is the other response which will be, I need to take care of myself. Then there is another response which is, people, if they are reminded about their mortality, they cling to their morals, they need something to live for. Death is such an abstract thing they have no control over. They cling to, at least there is a playbook for living life, which are these morals.

There is a really interesting study with mock trials with judges, where there were 100 judges and before a mock trial about prostitution, 50 of the [judges] were reminded that they were going to die, and the others weren’t. They found that the judges who went into the trial being reminded of their own mortality were quicker to give harsher sentences to the same exact crime, which I find endlessly fascinating. 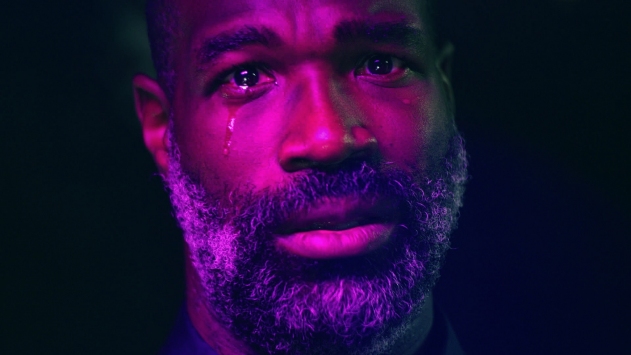 With the character of Amy, played by Kate Sheil, she wants to be alone when it happens. Then there’s Jane’s response which is, I want to be around people, I need to connect with people, I need to be around somebody who understands me. Then there is Katie Aselton, who plays Susan, and Susan’s response is to blame somebody—that happens a lot in death. Then, there is also regret about what you didn’t do which is Tunde Adebimpe and Jennifer Kim’s response. [I was] playing with that, but in no way becoming preachy because I didn’t want the film to be like, carpe diem. I’m terrible at [giving] advice and I wasn’t about to make a movie that’s like, go live your life to the fullest! I don’t even know if that’s the answer [laughs], I don’t know anything. Sometimes I think, this [film] isn’t sci-fi, and I forget it’s based in a lot of factual things.

SHE DIES TOMORROW, written, directed, and produced by Amy Seimetz, is currently in drive-in theaters and on demand via NEON. Seimetz’s other work includes co-creating the Starz series THE GIRLFRIEND EXPERIENCE, and her feature film directorial debut was SUN DON’T SHINE (2012). Seimetz is also an actress whose past work includes AMC’s THE KILLING and ALIEN: COVENANT. She will be in Steven Soderbergh’s upcoming feature KILL SWITCH.