RES CREATA—HUMANS AND OTHER ANIMALS, is an experimental documentary by Italian director Alessandro Cattaneo which considers the human relationship to non-human animals over time. Now streaming online at the 2020 Hot Docs Festival—North America’s largest documentary film festival, normally held annually in Toronto—RES CREATA features the perspective of philosophers and analysts as well as the personal stories of those who live and work with non-human animals. We spoke with Cattaneo, who also served as the film’s cinematographer, co-writer, and producer, from his home in Italy.

Science & Film: This is an unusual film; it is philosophical and sweeping and also very intimate. How did you approach balancing the philosophical sections with aesthetic imagery?

Alessandro Cattaneo: Yes, [it is unusual,] which I think is a plus! This is a big question. At the beginning, the co-writer of the film Silvia della Sala had an idea to make a film on the human and animal relationship. We wanted to try to evaluate the commonalities, the value of coexistence, similarities between families of beings, as opposed to what can be the most common way to interpret the relationship [between humans and non-human animals], which is going straight to controversial points or being moralistic. Those might be good or relevant, I’m just saying we wanted to have a different approach because we felt that focusing on these elements of coexistence, symbiosis, and the commonalities might be a way to approach the controversies that may arise when you discuss the relationship between humans and animals.

A key part was identifying the film’s subjects. The film might be unusual because there is a mix, a balance, a coexistence of super theoretical and eclectic philosophers such as Felice Cimatti who is a philosopher from Rome, with Giovanni Lindo Ferretti, who was the leader of a very iconic punk rock band back in the 80’s in Italy. He comes from a really small, remote place in Italy and when he ended his musical career he went back to this region and lived with his horses. And then we have a shepherd, a falconer, a zoo-musicologist. All of these different sensibilities and approaches to the subject were the elements we used to create this original point of view on the matter. Of course, this subject is so broad you could make many six-hour films. But we had to pick one point of view, so this is the one we chose. 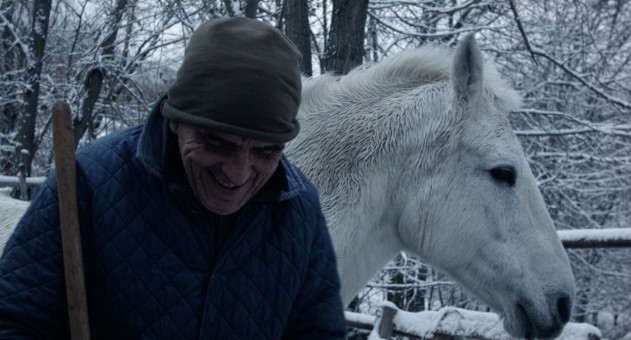 Having some concepts that are explained by the philosopher, the poet, and the psychoanalyst, it was hard to couple this with [images]. That part of the work was very intriguing for me because we tried as much as possible to capture footage of peculiar situations—like the images of the natural history museum under refurbishment—which created the more abstract atmosphere.

Another example is the circus, which is a very critical point and controversial point for all people dealing with animals and the relationship with humanity. All over the world, people who care for animal rights ask to shut down the circus. But still, we have tried as much as possible not to depict that contrast, which is there, but just to show how many controversial points are inside anything like the circus. It is controversial that we use animals in a circus, but it is also controversial the fact that you as an artist in the circus are having knives thrown at you and you just have to stand still, hope that everything goes smoothly, and that you have hundreds of kids watching. So, this just to say that we tried as much as possible to also put an original lens on this situation.

S&F: It’s not an educational film, nevertheless, do you have something in mind that you hope that people seeing it will come away with?

AC: Yes. We wanted to stimulate reflection on themes which are taken for granted because of our education and society, but which are not written in stone. In fact, there is this concept of hierarchy which is discussed a few times. If any spectator who sees the film comes away with a little more of a critical insight or new view on things that might seem like a given, that would be definitely a happy result from the film. At the same time, I think that films in most cases—unless you are dealing with some very evident current affair or chronicling something—I think that film has to be as much as possible a space for thinking before being didactic. This film has a value if it is perceived as a space for thinking. Of course, it has its own hints at what our point of view might be. But it still has to be like raw materials which are offered to the viewers for them evaluate. 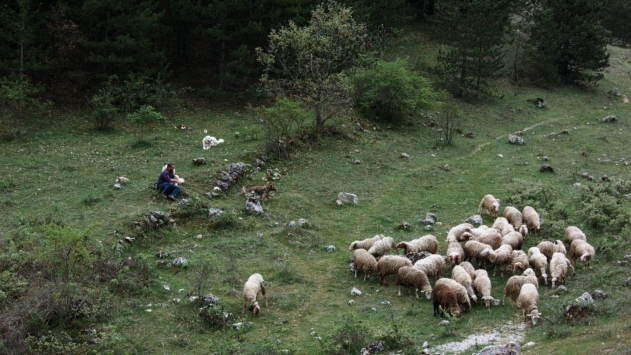 Photo courtesy of the filmmaker

S&F: Do you have any specific relationship to animals that made you interested in making this film in the first place?

AC: Yes, it’s a good question because actually, the main forces behind this film are me and Silvia della Sala, who is the co-writer and co-producer, and we have two very different backgrounds when it comes to this point. She has a long experience living with animals, both domestic animals and horses. This is different from what I had, at least before making the film. I had a dog when I was a kid, but there was a distance between me and the animals. I loved them but from a distance. The film was an exploration of a new territory when we started to shoot the film. From that day on, I experienced being so close to so many animals. You feel really naked when you are two feet away from black horses and a man riding them without a saddle.

S&F: Did the film change you?

AC: Definitely, yes. I’m now much aligned with the universe and close to [animals]. 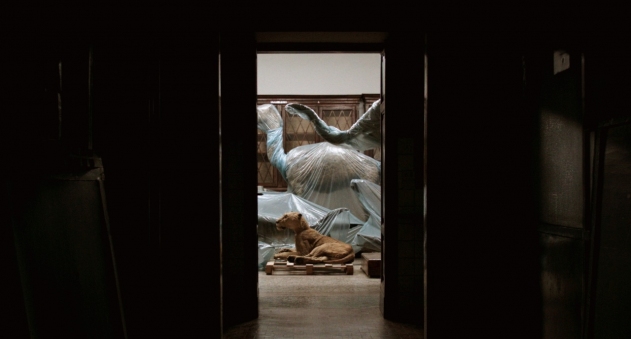 Photo courtesy of the filmmaker

S&F: It is a very visual film. How do you feel about people seeing it on their computer screens?

AC: It’s not such a trauma because, related to the way you do documentaries here in Italy or at least in my case, I’m used to seeing my work and making decisions during the edit on very small screens, even if you periodically have a test screening on a bigger monitor. But when it happens you can see it on a real screen, that is fantastic. You get a reward in that moment. It’s really pleasant to look on the big screen when you’ve been working on the computer or small monitors. Anyway, I think we have to adapt to that.

RES CREATA is co-written and directed by Alessandro Cattaneo and co-written and co-produced by Silvia della Sala in collaboration with Rino Sciarretta and Zivago Film. It is making its international premiere as part of the 2020 Hot Docs Film Festival online, part of The Changing Face of Europe section.