The third season of COSMOS, whose original host was beloved astronomer Carl Sagan, is now on National Geographic and FOX. The show first aired in 1980, and after a 34-year break, has come back with a new host—astrophysicist Neil deGrasse Tyson. The second season of the new iteration, COSMOS: POSSIBLE WORLDS, tours Earth and the solar system, travelling through space and time to explore the frontiers of science. Over the series’ three seasons, the continuity is Ann Druyan, Sagan’s collaborator, who also wrote, produced, and helped to direct the new seasons. COSMOS: POSSIBLE WORLDS airs from 8-10pm EST on Mondays for 7 weeks beginning on March 9. We interviewed host, narrator, and executive science editor Neil deGrasse Tyson.

Science & Film: COSMOS is not only about outer space, it's also about Earth. How do you think about that balance?

Neil deGrasse Tyson: As an astrophysicist, Earth is not a place where you live, where I live—of course it is that, but that's not how I think about it. I think about it as a planet, one of eight planets in the solar system. (Pluto is not coming back, just to let you know.) Our sun, you think of it as something that warms your day. I think of it as just one of 100 billion suns in the Milky Way galaxy. I look at the Milky Way as 1 of 100 billion galaxies. Only with that outlook do you arrive at cosmic perspectives on things.

A cosmic perspective, a subset of which astronauts have called the overview effect, is something that is not unique to the astrophysical sciences. You can also get a cosmic perspective from chemistry, upon learning that the chemistry of molecules on Earth repeats on other planets; when we look at the spectrum of other places in the galaxy, or other planets in our own solar system and other star systems in the galaxy, you see the same chemical signatures that are there. It's like, whoa, what's going on here is not unique. Then you look at biology and you find out that we're made of the most common elements in the universe. […]

We went to the moon to explore the moon, and [looking] back we actually discovered Earth for the first time. Then you go back to Earth and you have a whole completely different outlook. I think that's what COSMOS does best. Yes, Earth is front and center, but not until after we have stepped off of the Earth [do] you look at it afresh. Now we can deliver the messages and the principles on which becoming a better citizen would be based. 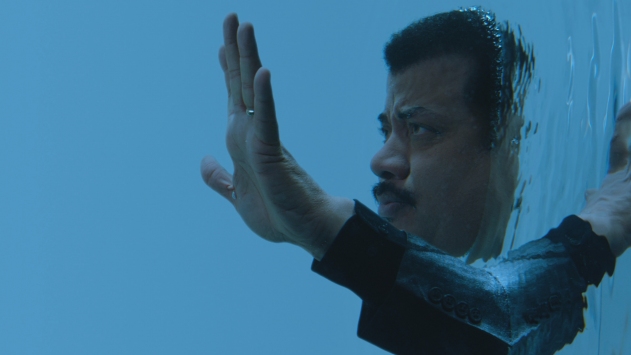 S&F: Why do you think that film and television are effective at communicating science and perhaps changing people's perspectives?

N deG T: I've spent a lot of time wondering about this. I remembered when I started getting recognized in the street. […] I would ask, how do you know who I am? Eight out of ten people, nine out of ten people as they accumulated, would say, I saw you on YouTube. Or, I saw you on this documentary. I had written several books by then, and none of [the people said] it was by books. Now it's like hundreds a day who would recognize me, if I didn't go in some kind of incognito.I concluded that most people are not readers. It doesn't mean they can't read. It just means they don't. My most potent way to reach them will be via some video product, be it in a documentary or in a YouTube video, or as host of COSMOS.

While I still care deeply about what I write, how I write it, who reads it, and whether it gets out there, there is a whole part of me that is specially invested in reaching people visually. Not only by my manner and how I gesture when you're watching me on the screen, but what I say and how I say it, and whether you're going to come back for more. It's a tacit recognition. […] You need the academic books. I have a huge library and I do a lot of reading, but I have to recognize that's not the world. If I want to reach the world, I can't just say, read my book. I need another way to reach you. By the way, add to this other media such as Twitter, such as Instagram, such as TikTok. I opened up a TikTok account recently, and I'm still getting the hang of it. It's [skewed] young, but that demographic shouldn't be excluded from who I'm trying to reach in bringing the universe down to earth. These platforms, if you do it well or do it right, will require different keys to unlock how you would use them to communicate with the public. 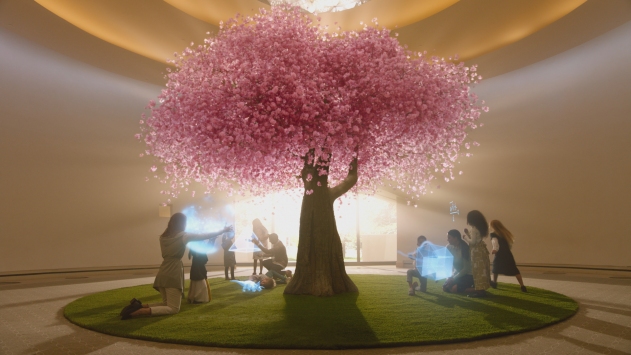 COSMOS: POSSIBLE WORLDS is produced for National Geographic and FOX by Ann Druyan’s company Cosmos Studios and by Seth MacFarlane’s company Fuzzy Door. It is written and directed by Ann Druyan and Brannon Braga. New episodes air every Monday at 8pm EST through April 20.