ACASĂ, MY HOME, the first feature film from Romanian investigative journalist Radu Ciorniciuc, follows a Romanian family—the Enache’s—displacement from an urban park that is being transformed into a biodiversity habitat. With the city of Bucharest in the background, the family of eleven share their space with fish, geese, pigs, chickens, cats, dogs, and other critters. The parents have been there for 18 years when officials force the family to relocate so that the park can be cleaned up and made accessible to visitors. At Sundance, where ACASĂ, MY HOME made its world premiere, we sat down with filmmaker Radu Ciornicuic and 16-year-old son Vali Enache. The film was awarded the Special Jury Award for Cinematography at the Festival.

Science & Film: ACASA has in it many juxtapositions–between wildlife and city life, between buildings and trees, and between ways of living. Did those juxtapositions or contradictions attract you to the subject, or what was it that drew you to the family?

Radu Ciornicuic: What got me fascinated about this family was most of all the relationships that they had with nature. I was shocked: I have a daughter of my own, it’s not an easy image to see nine kids in one bed, no running water... So there were always these “but” situations. I loved the way they were taking care of each other, but they weren’t being seen by a doctor, they didn’t have documents, they were social ghosts.

Science & Film: You see in the film how much they love where they are, and so you want them to stay in some ways, but also...

RC: You want them to have better options. When the social assistance came and after they [the Enaches] move to the city, they couldn’t stop hearing you need to be socially independent, but they were independent, they were sustainable. These grey lines that we’ve been dealing with in telling this story make the story more special. It’s not one of those patronizing films where you are told what to think. I think the team did a good job in navigating through the black and white we are used to seeing in stories and information. 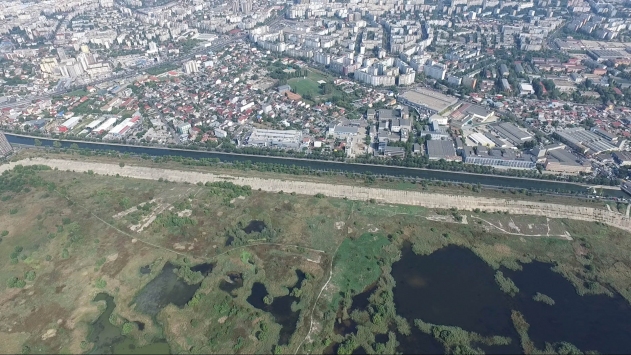 S&F: How did you convince the family to allow you to film them in this very intimate way?

RC: Well, they were used to journalists being there because of the park and because Vali’s father Jika, in 2012, saved some kids from a burning house, so he became a media celebrity for a while. But then when he became known, social assistance and city hall came and took the kids away—as a response to Jika being a hero. But they didn’t have any options, they were just brought to one of those ghettos, and the parents managed somehow to take their kids and move back to the Delta.

When I went to the park, I wanted to do a reportage, like a TV reportage, about how the government is going to change this place that’s been known as being like a garbage dump. It was amazing to hear that there are hundreds of species of animals and birds and plants. And you couldn’t get in because there was so much garbage everywhere.

So when I went to the park I saw Vali’s mother with one of the kids, and she was collecting water from a spring. I asked her, is there anyone named Gica that lives here? She looked at me, I had a camera in my hand, and she said no, I don’t know anyone named Gica. And then she went through the bushes, through the reeds, and I couldn’t see her. Anyway, the next day I came back and I managed to find out where they lived, and I met Gica.

We approached them delicately because we knew they see journalists as a potential danger for their kids to get taken away. That’s when we decided to make a feature length [documentary], and we started to invest more time. We spent nights camping with the kids, making barbeques, and we became friends. Then it kind of went organically–in time they trusted us. The camera became one of the brothers and followed them and played with them, and that was one of the aims for our stylistic approach to the film’s image. So we really worked to integrate the camera and make it part of the family, part of the pack, but also to make sure that the family knows our intentions.

We would tell them everything we wanted to do. Then slowly it evolved into this social project. We started with one of the kids, Rica. He came to us one day. We were thinking that we need to give them something that they can have and benefit from for the long term– [more than] twenty dollars, like they were used to receiving from other journalists–and we thought we’re not those kinds of journalists, we can’t do that. We were weird to them from day one. Rika said one of these days I’m going to leave, maybe far away from home, and if I want to go back—he was just eleven years then—if I want to go back, I wouldn’t to know how to read the signs to come back home, and I was like this is it, let’s try to do something about it. We found an alternative school and we wrote something on the social media and it became a thing. We had like, 800 volunteers coming every weekend working with the Enache kids, but also with the kids in the neighborhood. Among these volunteers we found really nice, young, smart people who had actual expertise to help. We met our social project coordinators, for example. Psychologists for the kids, the family therapists. We needed to actually employ someone who could have sex-ed classes, for example, with the women, with the kids as well, who could teach them how to live in a community. We started from scratch, something that you never see the States doing.

It just grew by itself, and meanwhile we filmed. We made the decision to tell the story of the family, because the story of the family would make way for understanding a wider context. The film ends as it finishes. You’re in a gray area, and it creates a state of reflection. A happy ending would be a bit artificial and prevent the audience from learning some lessons on their own. 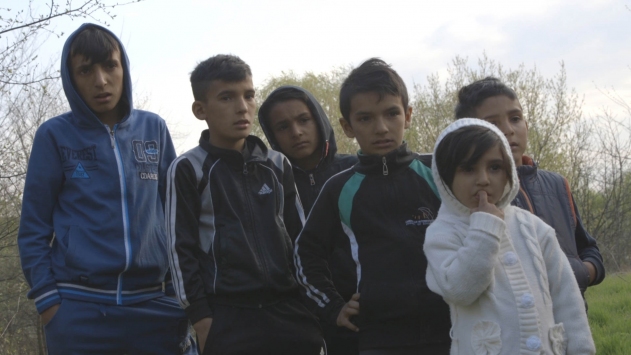 S&F: Vali, what do you think about how the park has changed?

Vali Enache [translated by Radu]: It’s a positive change, there’s no more garbage there so it’s clean, and the good thing about it is that a lot of people from around the world can come there and are enjoying the rich ecosystems. There are many species of birds. It’s a good thing that the park is accessible to the public. I’m happy that I can go there; right now he’s a tour guide, so the pay is better, so that’s good. I get to meet a lot of people, and I have my own groups, even little kids, and I show them my old playing grounds and I’m teaching them how to make slingshots...

RC: I’ve been on one of his tours, he’s really fun.

S&F: I’m sure Vali knows so much more about the animals and the wildlife and the habitat than your typical person who’s grown up in the city.

VE: Basically I am the ecosystem’s fixer. So whenever a biologist is coming and needs samples, or needs to study the otters, or needs some special bird or turtles, I know how to get to those places without disturbing the other species.

RC: He’s really good at that. I think Vali is the only person I know who could be put on an island alone and would actually survive. I told him that and he was like, yeah, of course man. And Vali goes to school right now, he’s in the 6th grade.

S&F: Does he want to study science?

VE: No, I want my driver’s license.

Accompanying ACASĂ, MY HOME, filmmaker Radu Ciornicuic has published a book featuring photographs taken by the Enache family children, which can be animated to show scenes from the documentary with the help of an augmented reality app (Acasa: AR app). Director, writer, and producer Radu Ciorniciuc is also co-founder of the first independent media organization in Romania: Casa Jurnalistului.