We sat down with writer and director Neasa Hardiman and star Hermione Corfield at the Royal York Hotel in Toronto right before the film’s world premiere.

Science & Film: Hermione’s character Siobhan has some clichés about her and is also different than the typical scientist we see on screen. Neasa, how did you go about writing her?

Neasa Hardiman: I’ve seen a lot of big movies where the scientist is kind of sidelined, or made into a figure that is emotionally remote and doesn’t have a good moral compass. Not infrequently the motor of the story is that somebody has undertaken a scientific experiment without really thinking through the consequences. I felt like that’s really unfair and it’s wrong. That notion of the scientist as somebody who is emotionally remote and disconnected and uncaring is completely the opposite of anybody I know who is passionate about science. So one of the roots of the story that Hermione and I wanted to tell was to get at what’s behind that cliché. The great thing about the scientific method is it forces you to be rational, reasonable, to not make snap decisions, and to question yourself and your own motivations; there is something really humble about that. That was where we wanted to go with the character and to say, she thinks differently.

Hermione Corfield: She thinks differently but it doesn’t mean she doesn’t have passion and care for what she knows best, which is science. 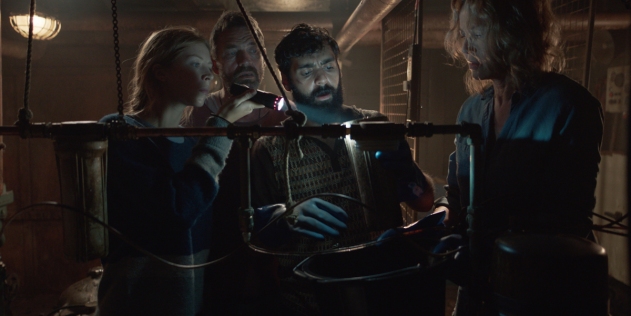 NH: Once we had that figure, then we put her in a world where we could ask, why do people indulge in magical thinking? What is it about magical thinking that we find really satisfying? It’s got to be about not having control. We like having control, we like being able to predict the world and if we can’t, we’ll look at chicken bones or clouds in the sky. The kind of work that’s in our story [fishing] is work where you essentially have very little control—that’s why these guys are often very superstitious. They have their rituals and some of it is very rooted in rational behavior and some of it is just about emotional reassurance. That’s what we were trying to explore in the story. We resort to magical thinking and a lack of rigor when we’re afraid and are trying to feel in control. Actually it’s really hard to maintain that discipline of the scientific method when you’re afraid because it reveals to you how little control you have.

S&F: At the same time, it is Hermione’s character who is the most resourceful in those moments of loss of control.

HC: One hundred percent I think that’s true. I think in the moments where everyone else is in panic, her instinct is the problem solve.

S&F: I found myself thinking, is she really just a doctoral student?

S&F: At the same time, I do think there’s something interesting the film plays with about the cliché of the scientist. The opening scene presents her outside of a lab party and she seems to be an almost stereotypical anti-social scientist. At the same time, I thought she was a pretty good flirt in the scene later on in the boat.

HC: [Laughs]. Neasa’s note at that point was, you’re hungry.

NH: We were definitely playing with that filmic image of a scientist in that opening scene. We wanted to put her in the most sterile, closed, laboratory, glass-filled space that we could find and make her look as remote as we could so that you’re fooled into thinking that this is the same kind of story. Then we try and tell a different kind of story. 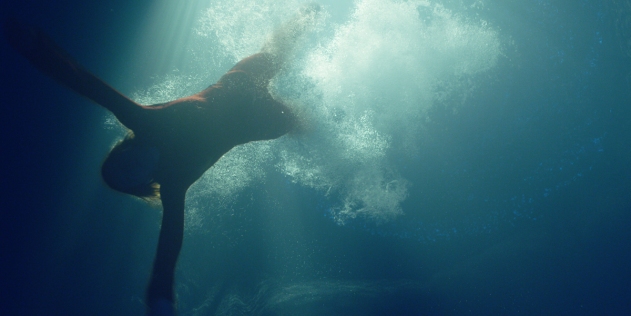 S&F: Hermione, were there people in your life that you thought of when you were trying to get into character?

HC: I’m a logical thinker and I did enjoy science and was okay at maths but was more of an English student. My brain is definitely not wired like that, I think I feel on people’s emotions. But there are a lot of people in my life who think in such a logical way, who love problem solving, and have a completely linear approach to things. I looked at them and tried to tap into that mindset of ultimate problem solving and precision and a mathematical brain.

S&F: The engineer, played by Ardalan Esmaili, is another interesting character. I thought he and she made a good team.

NH: It was important to have another character who thinks the same way, but his cognitive style is very different from hers. Not every scientist is like her. We wanted to unearth the roots of something that’s a cliché to say, what’s underneath the cliché? She does struggle with other people, but why? In another situation you might describe her as not neurotypical. You might describe her as maybe a little bit on the spectrum. She’s perfectly capable; she just has a different cognitive style. Ardalan’s character has all the subtlety and humor of other members of the crew but also is capable of that rigorous scientific method of thinking.

HC: Their thinking styles are extremely different but it was important for them to form a friendship, otherwise they’re the archetypal, isolated scientists.

S&F: There is a lot of specific information about the sea monster in the film, was that all made up?

NH: It was a combination. The film is drawing on that kind of broader European tradition of image-based cinema. I remember hearing Atom Egoyan speak years ago at BAFTA and he said, there are two kinds of filmmakers: world reflectors and world builders. It’s Jean Renoir or Fritz Lang, he said. I thought it was a brilliant, incredibly blunt way of thinking about cinema. There are people who like to make the camera invisible and record unmediated reality that feels completely authentic. Then, there are people who like to create metaphor and articulate something that has emotional and thematic truth. I think this film is definitely in the second category. That figure of the animal is a kind of dream metaphor that we wanted to use to talk about taking responsibility for ourselves, for each other, for the environment, to understand ourselves as part of nature, to feel that kind of mix of awe and beauty and fear at something that’s greater than us.

I did an awful lot of really fun research into what’s the most unusual life cycle that we can find. Everything that’s in the film is true and happens nature. Every aspect of the animal in the story comes from something real, so there is nothing that is just plucked out of the air. But I did bring them together into one animal where they don’t exist in one animal.

S&F: Hermione, for your character the monster was at times less a monster and more a rare, endangered animal. Some of your assessment of its behavior came from understanding that there wasn’t something irrational about it. What was it like to be in a monster film and not be afraid?

HC: It’s choosing your moments of fear. When she’s able to see the overall picture, this [monster] is something that needs to be protected and preserved. Destroying that creature is not what we should be doing on the planet, we have a responsibility as human beings. But also, any human being is going to be terrified when they feel their life is at risk. But again, she always turns to problem solving. So it’s not just cold fear, she always asks what the next solution is. I think the fear comes when she can’t find the next step.

She’s also a character that think slightly differently. She doesn’t take the easiest path ever. That might have something to do with the way she thinks, not going with the majority and going with a slightly controversial decision. At times I think it is slightly different thinkers who take risks and go against the tide. Like Greta Thunberg! I keep thinking about her in relation to this film now.

NH: I know! There is a woman with a cognitively different style on a boat in the Atlantic right now.

HC: I didn’t know anything about her while we were filming but now I’ve been reading about her life. She had OCD and struggled as a young girl and then found her purpose and really went for it. I think that’s relevant [to the film].

NH: That’s a brilliant example. I couldn’t believe it when Greta went on the boat. We talked a lot about neurodiversity and different cognitive styles. I know that while we were filming, Hermione, you were playing with that idea of narrow focus. There are certain traits that people who think that way have, like tremendous honesty and great moral courage and rigor and a tendency to hone in on a very particular area and know as much as they can in order to be able to contribute. I feel like that’s totally what you brought to that character. It does feel eerily similar.

SEA FEVER is written and directed by Neasa Hardiman. It is being represented by Epic Pictures, and is currently seeking U.S. distribution.

All images are courtesy of TIFF