One Woman’s Trip To Mars In Spaceman By Sonia Shechet Epstein | March 6, 2019

An astronaut (played by Erin Treadway) in the new one-woman play SPACEMAN feels the pressure of representing the human race as the first person to ever travel to Mars, with the goal of starting a colony there. Living for eight months in a six-foot-by-six-foot box, this astronaut has to find ways of passing the time; She speaks with mission control in Houston, though the approximately 25 minute lag can be frustrating; she waters her plant, and talks to it, though it can’t respond; she checks the shuttle’s controls which often say “normal”; and she gazes out the window searching for her partner who was lost in a prior space mission. SPACEMAN is written by Leegrid Stevens and is presented at The Wild Project in Manhattan by the theatre company Loading Dock, which Stevens and Erin Treadway founded. It runs through March 9. We spoke with Stevens by phone.

Science & Film: Why did you want to tell this story?

Leegrid Stevens: I started writing SPACEMAN around the time that it was in the news that NASA was shutting down the space shuttle program and was going through a lot of serious budget cuts. People were asking, what is the future of the space program? I read an essay from a former NASA engineer who claimed NASA needed to take on more risk, that it had lost the sense of adventure and boldness it had during the Apollo missions. He suggested the way to get to Mars was to follow the example of some of the early European explorers who went off sailing without a guarantee of return. He said a one- or two- person crew to Mars without a definite return is something they should look at. That sounded quite harrowing to me, so I was interested in exploring what something like that would be like—while dealing with the realities of where you’re going to secure funding and how that’s all going to work out.

As I was writing the play, jumping from requirement to requirement of how [the character of the astronaut] is supposed to be portrayed… as a hero, as a symbol of empowerment, of success, but also be super approachable, and very fun… It started to feel impossible for one person to meet these requirements, which is why in the play she wants to cut off her connection to Earth so she no longer suffers from these kinds of impossible pressures. That’s where the idea of the story started. 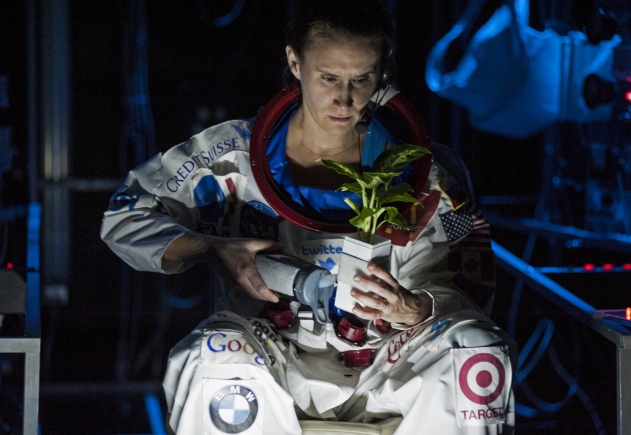 S&F: I noticed there is a doctor credited in the play, can you tell me who that was?

LS: [laughs] Last year we opened the show and on opening night Erin, the actress, tripped and broke both her arms and her wrist. So that was the doctor who fixed her arms and wrist so we credit him.

S&F: That’s funny because I see a lot of films and plays that are either required or find it necessary to bring in a science consultant, which is where that question was coming from. That still begs the question, how was it working with this subject matter? Did you talk to people in the field?

LS: Yes, I had a connection with an actor who now works in NASA’s education department, so I sent the script to him and he sent back some questions. But a lot of the research was done on YouTube, watching videos of people in the International Space Station to get a sense of visuals, how they move and interact. It’s a bit tricky to find out the day-to-day stuff. One book in particular was extremely helpful, which was Packing for Mars by Mary Roach. That book lays out exactly what I was looking for, which was a hypothetical journey to Mars. It really informed the writing of the play because all the research came out in the conflict.

S&F: Some of my favorite scenes in the play are when the actress Erin Treadway who plays the astronaut Molly Jennis talks to the plant. 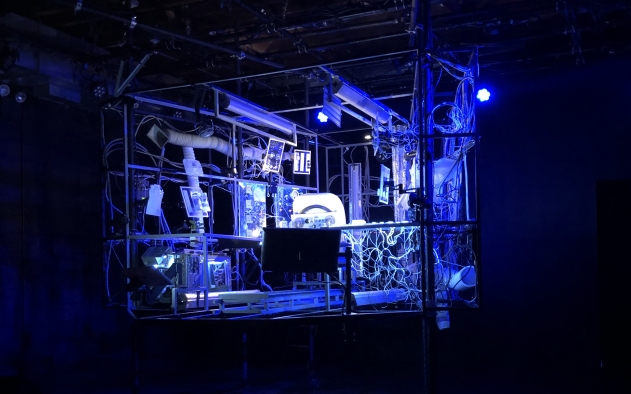 LS: That wasn’t really planned, that came out in the writing. When you have the only green thing on the whole ship, the only thing that’s alive, the character ends up just gravitating towards it.

I know that NASA would almost never send a one-person crew to Mars for these very reasons, but it was an interesting hypothetical and I was glad to explore it. It was also a response to a play by Samuel Beckett called HAPPY DAYS.

S&F: Was your choice to cast a woman informed by that play?

LS: Erin and I work together a lot, which is probably the biggest reason [that I cast a woman]. It seems like the culture has changed a great deal since I first started writing this six years ago, and in the play I don’t really hit very hard the idea of a woman taking that journey as opposed to a man, but it is hinted at. I just really love Erin as an actor and wanted to write the role for her.

S&F: In terms of the story, it did make me think about the possibility of repopulating the human race or some sort of colony…

LS: Yeah, I hadn’t actually thought of that. That is something that would be interesting to explore. [I named the character] Molly Jennis [because] I tried to come up with a name that was as close to genesis as possible. The spaceship is the Aeneas and I was playing off the Aeneid, where Aeneas travels to the underworld and finds Dido, his former lover, and she is different. I was intrigued by the idea of passing to a new world, and in Greek or Roman mythology that was a strong parallel and helped me write the play about going to a new and foreign place that no human had ever set foot on.

SPACEMAN is running at The Wild Project through March 9. Leegrid Stevens wrote the play and also did its sound design. Erin Treadway stars. Jacob Titus directs the play, and Carolyn Mraz did the set design.