In the immediate aftermath of the Boston Marathon bombing, a subbreddit thread on Reddit called “Find Boston Bombers” began an internet-wide sweep for the perpetrators. Filmmaker Chris Kennedy hones in on the text and images that these Redditors share in his 36-minute documentary WATCHING THE DETECTIVES, which is making its New York premiere at the Museum of the Moving Image on January 19, part of the First Look series. WATCHING THE DETECTIVES is captivatingly shot in 16mm, without any camera movement, and entirely silent. The film has played at numerous festivals, including the Ann Arbor Film Festival where it won the Ken Burns Award for Best of the Festival. We spoke with Kennedy by phone from his home in Toronto before the film’s New York premiere.

Chris Kennedy: When the Boston bombing happened, it was traumatic and horrific, and we were all reading the news trying to figure out what was going on. I heard about the Reddit thread through various blogs I was following. [The Redditors were] going through found footage material trying to figure out who the bomber would be. I was fascinated by the process they were going through and how that process would create narratives around various individuals who they focused on. This process of how we filter information and bring our conceptions to information, how we make assumptions and decisions, was so delineated by this series of threads that I knew that I wanted to work on that, and of course as a filmmaker I knew that I wanted to make a film out of it. So, I treated it as found material. Reddit is text and images; I felt like working with text and image solely was a good way to stay true to that.

Redditors would draw on the images that were collected and I cropped these images to direct people’s attention. I took the text and edited and condensed it into a series of silent film intertitles—that is probably the best way to think about them. I felt that those two basic elements would provide a back and forth, and that it would highlight what I saw online. The film doesn’t capture the Internet, the film captures a bulletin board. Because it’s so condensed around these limited elements, you can extrapolate, as one does, and I think that’s why people find it so interesting. You can get a better sense of how social media might work on a larger scale and how the media works. I thought the reductive approach was a way to put it all out there in a way that was digestible and expandable. 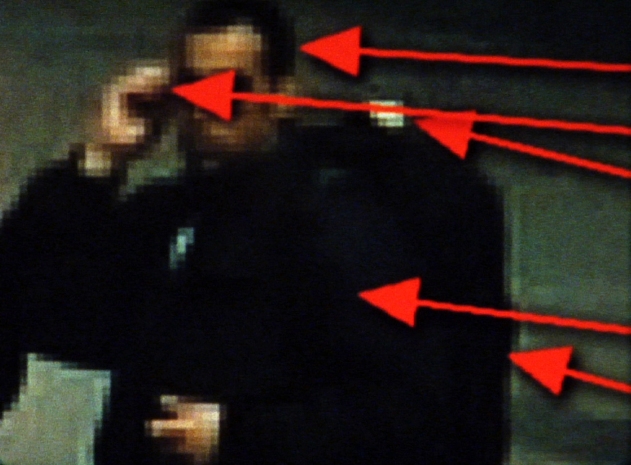 S&F: Your approach is condensed in that viewers only see what is shared on Reddit without any footage of the outside world, so to speak, but it’s interesting seeing the Redditors talking about how their conversations are affecting the FBI investigation, and the news.

CK: There is no outside to the film, although the outside is always there. I was interested in the way that everything was confined in that world. Social media influences and causes real life traumatic events. No one was physically harmed by the activity, but they were traumatized.

S&F: How has it been to show this film so far?

CK: It’s been interesting to see how people run with it. Rather than feeling like the film has settled something, I feel like the film has unsettled things a little bit more. I am intrigued by the fact that the film has done really well internationally. I figured that the subject matter and the fact that people are having to read a lot of English would limit the film’s scope, but it has shown in India, Indonesia, Spain, Germany, and only a couple times in the U.S. frankly [laughs]. The only place that has translated it is in France; everywhere else watched it in English.

One of the most interesting screenings was at the Berlin Film Festival where it was programmed against a piece that looked at Lebanese street protests. What was interesting in that context, and the discussion afterwards with the curator—who was originally from the Middle East—was this particular audience’s interpretation of how the Redditors in the film align themselves with the state. We often think about Reddit as libertarian cowboys: they want to do whatever they want to do and to hell with everything. But to the eyes of someone who has absolutely no trust for the state, where the state is a dictatorship and one either lives within that and adapts to it or revolts against it, in this film it looks like the cowboys, at the first sign of trouble, are like, let’s call the cops! Let’s help them out, we’re doing our civic duty to make sure that the bad guys get caught and the good guys win.

WATCHING THE DETECTIVES will be presented at the Museum of the Moving Image on Saturday, January 19 at 2pm. Chris Kennedy will be at the screening.

In Toronto, Kennedy is the Executive Director of the Liaison of Independent Filmmakers of Toronto, and he programs TIFF Cinematheque’s year-round Wavelengths series.