Dutch clinical psychologist and neuroscientist Merel Kindt has developed a new twenty-four-hour treatment for people who suffer from severe phobias. Award-winning filmmaker Lana Wilson (THE DEPARTURE) chronicles Dr. Kindt’s treatment with patients who are phobic of everything from spiders to butterflies, including one veteran suffering from PTSD, in a four-episode, hour-long series called A CURE FOR FEAR. The treatment consists of a brief, intense exposure to the fear stimulus followed by a debrief and a pill of Propranolol (a beta blocker), and then a re-engagement with the fear stimulus the next day. The efficacy of Dr. Kindt’s treatment as well as her research suggests that emotional memories—such as fear or anxiety-ridden memories—are not permanent.

A CURE FOR FEAR premiered at the 2018 Camden International Film Festival and is now available to stream on Topic.com.

Science & Film: In A CURE FOR FEAR, Dr. Merel Kindt explains that the treatment only works if the patient is willing to dive into the fear, so to speak. How did you choose the patients who you filmed? And did you think about this idea of the patient needing to actively participate in the treatment?

Lana Wilson: Dr. Kindt says that in order for the treatment to work, the patient has to actively approach the threat cue. I found that really interesting because some people might see this treatment and think, you take a pill and that’s it. But that’s not actually the case. There is a lot of discomfort that people understandably have with the idea of taking one pill that changes everything forever. We often feel like we should have to suffer to truly overcome something. But this treatment is not only a pill. For the treatment to work, the patient also has to do something very brave: they have to walk into a room containing their fear. In most cases, they have to push themselves to have a more intense fear experience with that threat cue than they’ve ever had before.

As far as choosing patients, this is a web series that I made very quickly so it was kind of just whoever was coming to see Dr. Kindt when I was shooting it. There were only two or three patients who I filmed with but didn’t include in the series, and the treatment was effective for all of them. We didn’t include them because when editing the series I realized that there are only so many success stories you can include. After Episode One you get it; when the treatment works, it’s stunning. I put in the two Episode One success stories because they were clear successes and I liked that the patients had such different personalities.

There is one other patient we filmed who I have a dream of making a fifth film about. It is a woman who was the victim of an attempted break-in in her apartment 15 years ago. She did the treatment with Dr. Kindt and then returned to this apartment she hadn’t been to since then. It was incredible what happened, but I think the material requires both more time to work with in the edit, and a longer runtime as a finished film.

S&F: There is also a patient who doesn’t have a phobia but is suffering instead from PTSD. Does Dr. Kindt typically treat patients with PTSD as well?

LW: Dr. Kindt had never worked with a military veteran before or with sensory reality [a version of virtual reality, with additional scent stiumuli]. I thought it would be really important for an American audience to see. Zane, the military veteran in this episode, was the only patient who I found myself. One of the things I loved about working with Dr. Kindt is that she is so game for new experiences. She’s a scientist, so she has an open, inquiring mind. Even if something fails, it’s useful for her research so therefore she’s not afraid to take risks. That was something I really admired about her, and it’s why she was game to see if the treatment could be helpful for Zane. 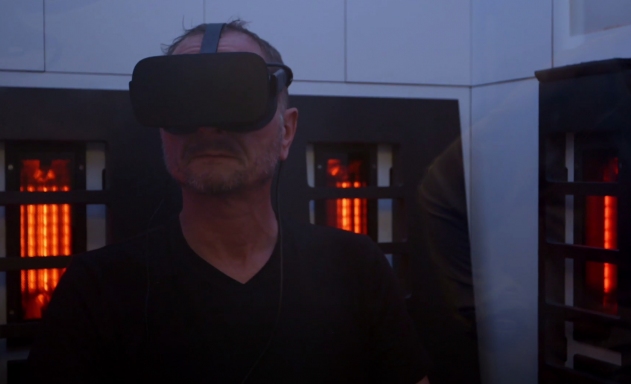 S&F: Can you talk about some of the ethical issues that Dr. Kindt struggles with, and how you chose to include that in the film?

LW: We knew we wanted the last episode to look at the ethical implications of the treatment. If the treatment became more widespread, how would you decide who should get it and who shouldn’t? What does this mean in the larger context of [humans] trying to improve themselves? Is this good or bad?

The final episode starts with a woman who is afraid of needles. Needle-phobia can be life-threatening. If you can’t get injections or have blood drawn, and you need serious medical treatment, then your life is at stake. With the woman afraid of snakes—featured later in the same episode—this is not a fear that debilitates her in her everyday life. As this woman says, this isn’t like being afraid of spiders or animals you might see more commonly—she doesn’t often see snakes. At first you think, should she be getting the treatment? She can’t watch a Planet Earth episode, what’s the big deal? But then, when you see her in the room with a snake, I think you realize how severe and debilitating her phobia is.

I realized in working on this project that many people say, I have a phobia, I’m afraid of this or that. But often what they’re talking about is not a serious phobia but a more mild fear or dislike. A phobia is all-consuming terror where you feel hopeless, completely overwhelmed, and sometimes even like you’re going to die.

S&F: What was it like to work with Dr. Kindt?

LW: I loved working with her. I loved that she was adventurous and game for anything. For example, one patient had a fear of urinating in public, so she brought him to a crowded restaurant and made him drink bottles of water. I love her fearlessness and her sensitivity with the patients. She’s both a neuroscientist and a clinical psychologist, so she has these two sides to her where she does rigorous scientific research, but also has had years of practical experience as a clinician. I think that gives her an ability to be deeply empathetic with patients. She can intuit a lot about people because of her psychology background. One thing I most enjoyed about working with her is that she’s like a [film] director in a lot of ways. She’s staging a very specific and intense experience for someone. If someone says, I’m afraid of cats,she has to think, how can I set this up to maximize their fear? What should I tell them in advance and what should I tell them in the room? She’s thinking about how to give a person the kind of intense fear experience that will trigger their memory trace to open up so that this treatment will be effective.

What I like about her too is that she’s the opposite of Dr. Frankenstein; she’s not so in love with her own treatment that she can’t think about it in a really complex way. She’s aware of the history of science and how sometimes, we think that something is the best possible treatment and then our view is upended later. She told me once, the guy who invented the lobotomy got a Nobel Prize! I found it refreshing that she isn’t so attached to her own treatment that she can’t see beyond and around it. If a better treatment comes along, she wants to be open to that. 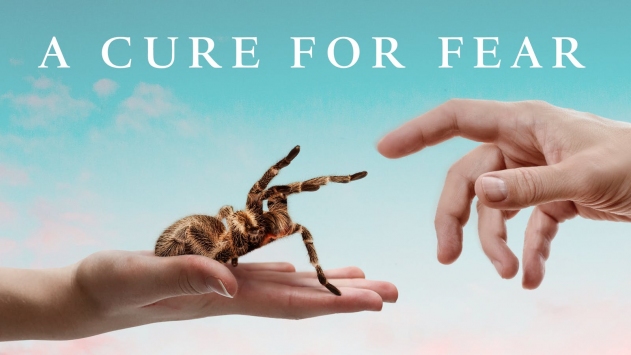 LW: Dr. Kindt got a fair amount of press when she did a study on a group of arachnophobes. It was the first study demonstrating this treatment she developed, where she exposes people to a spider briefly and intensely, then gives them a pill of propranolol—a common anti-anxiety medication. The study showed that it had the effect of completely erasing the fear response within twenty-four hours. It was really stunning. I read about what the treatment is like and thought, wow, what a fascinating person. I would love to be in those rooms and see what it’s like, to see someone walk in one day and be terrified of a spider and then twenty-four hours later to walk in and be a completely different person.

S&F: I’m thinking about the audience reaction to your film. Have you seen Penny Lane’s documentary THE PAIN OF OTHERS?

LW: Yes! We are actually doing a conversation together for Bomb tomorrow.

S&F: I spoke with her about that film and one major thing that came up in our discussion and also happened when I saw the film was that some of the audience blamed Penny for using YouTube footage of people talking about their symptoms. They said she was being exploitative of other people’s pain or suffering. Both you and Penny show patients going through suffering in a thoughtful way, but I wonder if that came up at all when you were making this film?

LW: I loved THE PAIN OF OTHERS. I think it’s extraordinary. I felt like Penny treated the patients with such respect, empathy, and compassion. That is so hard to do, especially with material that is sensational or shocking. As an audience member watching that film I thought, she really is giving these women the benefit of the doubt the entire time. I felt deeply connected to them as I was watching and it haunted me for a long time afterwards. I thought she handled all of the complex dynamics of the material with incredible sensitivity and care. Not just in terms of the individual stories, but also in terms of how these stories were deliberately and publicly shared by the women who made them. The film lets us meditate on what it means for us to be able to watch these stories, and why people would be motivated to share and watch them in the first place.

In my case, it’s a different situation from the beginning because I was creating original footage of these patients, rather than working with films patients had made and publicly shared themselves. I was with these patients in person, so before I filmed I would talk to them about the project, what it would be like to film with them, and answer any questions. It was similar to filming with patients in THE DEPARTURE or AFTER TILLER in that I was filming people in an extremely intense moment in their lives. In the case of A CURE FOR FEAR, most of the patients liked the idea of a series of short films that showed what it was like to have a phobia or PTSD. A lot of the patients felt grateful to Dr. Kindt, and wanted people to know about her work. There aren’t a lot of treatment options for phobias and I think many people wanted to be a part of the series because then other people in similar situations could feel less alone, and potentially seek out Dr. Kindt’s help too.

The project is ultimately about the fears that everyone has, no matter where on the spectrum. We’re all afraid of things and we all have emotional memories. These feelings color our lives. Emotions are what make our memories feel so vivid and real, so it’s a personal question of when it’s too much to handle, too debilitating, versus when it’s a fear that we can live with or perhaps even a fear that is healthy, and essential for us to survive.

Lana Wilson’s four-part series A CURE FOR FEAR streaming on Topic.com. Each episode is fifteen minutes. Wilson directed and produced it. Shrihari Sathe was the co-producer.