The annual survey of Hollywood executives’ favorite unproduced screenplays—The Black List—has partnered with the Sloan Foundation to select a feature screenplay that integrates science to send to their annual Feature Screenwriters Lab. The first-ever winner is Halia Meguid, for her screenplay MONSTERS OF PHILADELPHIA, based on the true story of the 19th century surgeon Thomas Mütter. The Mütter Museum, of the College of Physicians in Philadelphia, began with a donation from Thomas Mütter in 1863. The Sloan Foundation Fellowship allows for participation in the Black List’s Lab, as well as screenwriting and science mentors to develop the script towards production. Meguid came to Museum of the Moving Image to speak with Sloan Science & Film.

Science & Film: Why did you want to write a film about Thomas Mütter?

Halia Meguid: I’ve been a geek about him for a long time. I have family in Philly but they are not into spooky stuff. One day, I snuck away because I wanted to go to the Mütter Museum and I thought it was just the most amazing place. It’s a very strange, cabinet-of-curiosities type of atmosphere. But I couldn’t believe that nobody had heard of Thomas Mütter; he doesn’t even have a Wikipedia page. Then a few years ago, a biography about him came out called Dr. Mütter’s Marvels, by Cristin Aptowicz, and I thought, I would love to make this a movie. When I got into the American Film Institute, we had to come up with our first feature idea.

I was inspired by Thomas Mütter’s very liberal approach to medicine at a time when a lot of people still believed in the humors [a person’s bodily fluids, the balance of which was thought to impact health and well-being]—such as bile or urine. That was from Ancient Greece and people were still following that system of medicine. I also wanted to challenge myself to spin a real character out of nonfiction. It’s very scary, especially because I didn’t think I would get into the Black List. Now people are actually reading the script. Hopefully some justice has been done for Mütter, but it definitely needs some work. I think he was a fascinating person with a very enigmatic personal life.

S&F: Would you consider your film a biopic? When does it start?

HM: Thomas was an American and went to medical school in Paris because that was the forefront of medicine, and of surgery. They took a very rational approach and he appreciated that because we were still a bit puritanical in America. When he came back here he had no money, he had no connections, he didn’t have anything. He finally got a job at Jefferson Medical College in Philadelphia as a surgeon, where he invented plastic surgery techniques that are still used today like cleft palate surgery. He was a pioneer of skin grafts and he believed in germ theory, which was a big deal back then—he washed his hands. He also had radical ideas about aftercare: anesthetics weren’t in use yet so operations were all about speed, but a lot of the time things went wrong. 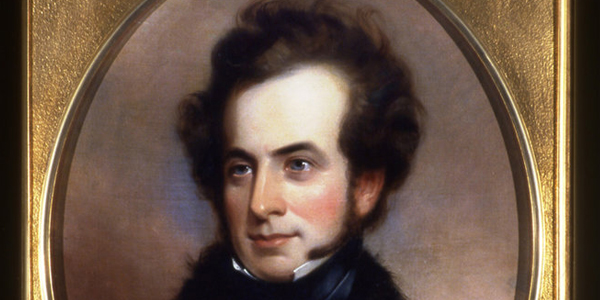 There is a famous story about a surgeon in England [in the 1830s] who had a 300% mortality rate with a surgery: he was amputating a leg and he nicked off one of the fingers of his assistant, and then the patient bled to death, the assistant got gangrene and died from it a week later, and a guy watching the operation had a heart attack and died. All in one surgery! You didn’t want to be sick back then. And you would have insane operations, and then put you in a carriage and send you home right away. Thomas Mütter thought, maybe people should stay here for a little while and we can make sure that they’re better. People said, that’s crazy.

So the script chronicles Mütter getting back from Paris, and starting at this job. He faces a lot of adversity from people who think he’s too liberal, too radical, even somewhat unnecessary. [The film includes] his relationship with his wife, and his best friend, and there’s a guy who in real life was sort of his villain—a gynecologist named Charles Meigs. Meigs was kind of in the dark ages with medicine. His solution to everything was bleeding with leeches. Mütter knew there was no evidence that bleeding does anything.

The story also has to do with his character; the biography painted him as this overly benevolent character, but that’s not an interesting movie. He was obsessed with clothes—the lining of his carriage had to match his suit. He was very particular, had very expensive tastes, and when you tie that level of vanity in with the fact that he did reconstructive surgery, it makes interesting fodder to play with. There had to be darkness in the script.

He was an orphan, his parents both died when he was really young, and he was sick all the time. He was also so preoccupied with appearances and with the appearance of wealth that he was an incredibly charitable, benevolent man, but also very extravagant and decadent. He was also really nice, so that balance of a character is interesting to play with. He had a very compassionate approach to medicine that was rare at the time, and he treated patients equally; he didn’t discriminate against women, or people of a lower status. A lot of his patients were deformed or burned; women’s dresses were so flammable and if they walked near an open flame it would catch fire, so a lot of women would come in with these horrible burns. He was tirelessly trying to invent different ways to make their lives easier, and he never looked away in fear or disgust. 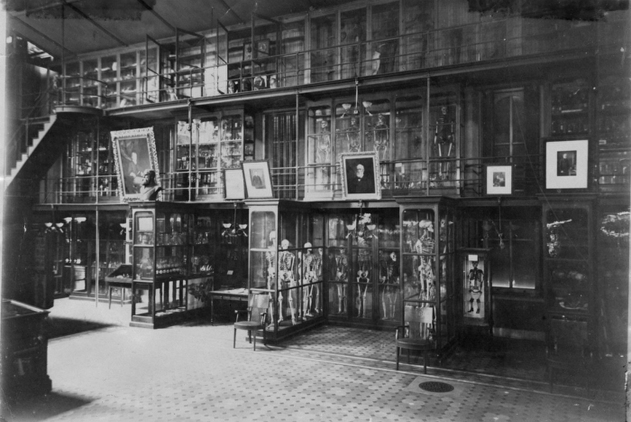 S&F: Did you option the book?

HM: I didn’t, I probably will have to. Because I wrote the screenplay at school, I didn’t think it was going to go anywhere. So if it goes somewhere then yes, I probably will have to because it is the number one source for everything. Also, a lot of his journals and surgical notes are all online and free at the Jefferson Hospital website.

S&F: Have you watched THE KNICK or MERCY STREET? Those seem relevant because they also dramatized the process of medical innovation.

HM: I did watch MERCY STREET. I loved THE KNICK—the first season especially was incredible. [What was happening in the episodes] was so civilized compared to what was happening 70 years before that. I had to pitch my story to my class at school, and I said that I wanted it to be like an episode of THE KNICK directed by Guillermo del Toro. I want it to be as dark and as decadent as possible, and then when it needs to be the stark opposite, to be very much the opposite.

S&F: What were some of the challenges you encountered writing this screenplay?

S&F: Who are some of the characters in the film aside from Mütter?

HM: His wife is a very fleshed out character in the screenplay because it was important to me to write a cool lady. Most of my scripts are female-centric—this was my first time writing a male protagonist—and to have the woman take the backseat was hard for me, so I wanted to dial her up a lot. I made her just as strange and morbid as he is. But we don’t know anything about her, and we only know the nicest parts of him.

S&F: What are you expecting from the Sloan Fellowship?

HM: My dream would be through getting this fellowship to get a mentor who is a medical historian. What I’m writing about is three steps above witchcraft, so a medical historian would be great to make sure that my research is up to snuff because I want the science to be historically correct. The details are really important. I don’t want it to be Hollywood medicine; I want it to be in accordance with the time in which it is set. I always get upset when I watch a period film and there are inaccuracies and inconsistencies, especially with medicine. I think it’s really important to be faithful in remembering our past in order to see how far we’ve come. It is awesome to be given this fellowship, and the resources that are available. I’m really excited.

Halia Meguid participated in the weeklong Black List writer’s workshop with MONSTERS OF PHILADELPHIA, in Los Angeles from August 5-11.