In competition at the 2018 Tribeca Film Festival, Paul Lieberstein’s SONG OF BACK AND NECK tells a resonant story about somaticized emotions and chronic pain. Lieberstein is best known for his work on THE OFFICE, in which he played Toby and was the series’ showrunner for four seasons. In SONG OF BACK AND NECK, Fred (played by Lieberstein) suffers from terrible back pain caused by ciadica, a pinch nerve, and a spinal disk problem. His doctor’s (Paul Feig) only recommendation is to try everything from acupuncture to surgery. When Fred meets Regan (Rosemarie DeWitt), they immediately bond over the relief found through Regan’s preturnaturally skilled acupuncturist.

At a Tribeca screening, where the film made its world premiere, Lieberstein said that he wanted to write this story because “everybody knows somebody with back pain. [The pain] just stops them, completely, and no one’s talking about it that much. It felt like there was something there that was relatable. And I kind of went through that myself with 20 years of terrible back pain that was cured in three days by reading that book.” That book, Healing Back Pain: The Mind-Body Connection, is by the late NYU physician John Sarno. In the book, Dr. Sarno attributes physical pain to psychological and emotional distress. In SONG OF BACK AND NECK, Regan and Fred read the book and go through its recommended exercises together as they begin their romance.

Fred goes to the acupuncturist and reads Healing Back Pain with Regan, but his pain persists. He is, however, hardly vocal about it, or any of the other things in his life that are weighing him down. The acupuncturist discovers that needles placed in Fred’s back vibrate and produce a sound. The chord they strike is a diminished chord, a musician harmonizing with Fred’s back tells him. He has a sad back. “One of the reasons I wanted to write [this film] was because I had always felt like anger just had no place anywhere,” Lieberstein told audiences after the screening. “Keep it to yourself, don’t show it, it’s rude, and it’s not helping anybody. And then that was shown to be so wrong. You do need to [show] it. But I still feel it’s wrong. It’s wrong not to show it and it’s wrong to show it and I don’t think I’ll ever truly understand that balance.” 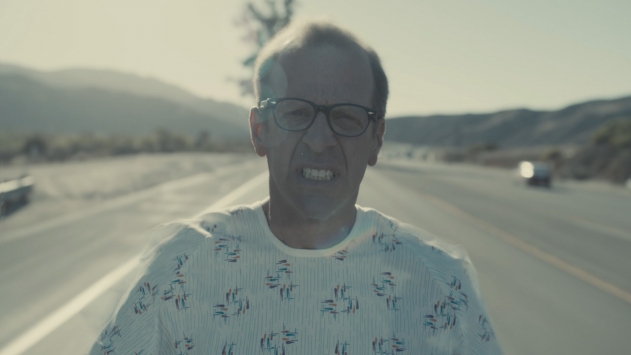 SONG OF BACK AND NECK was written, directed, and produced by Paul Lieberstein.