Behind the Scenes with NASA Astronauts of One Strange Rock By Sonia Shechet Epstein | April 13, 2018

Darren Aronofsky’s new National Geographic series ONE STRANGE ROCK is told from the perspective of eight NASA astronauts who have seen Earth from space. They have looked in amazement, and the series encourages viewers to do the same. Science & Film spoke with the astronauts the day of the New York premiere, March 14, about working on the documentary, filming in zero gravity, and marveling at Earth.

ONE STRANGE ROCK is different from other documentaries about space in a number of ways, but primarily because it is in fact about the Earth. “In the other documentaries I have done, it’s my astronaut stuff, like what it’s like to launch in a rocket,” NASA astronaut Jerry Linengar said. “This is a privilege to talk about something that’s more in my soul. When you’re in space, you see simple things that you’ve learned–like the perimeter line between light and dark. A lot crystallizes. [ONE STRANGE ROCK] is about the feeling of what it’s like to look in awe at our planet, and that’s a feeling that is not conveyed very often. This production is about Earth and the miracle of how this all came together.” As an astronaut, Linenger spent almost five months on the Russian Space Station, in which he travelled 50 million miles. 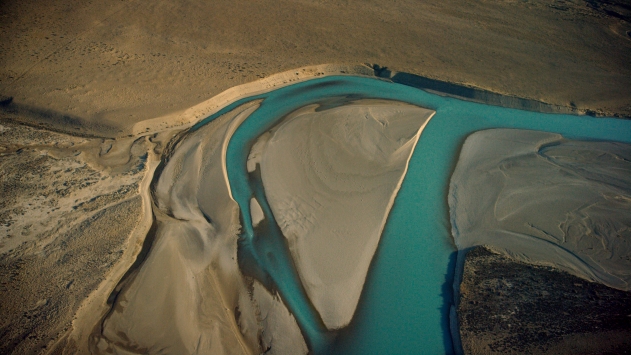 “It takes all of your work to safely execute a space flight. It is hard and dangerous, and we don’t think about public relations while we’re trying doing it,” said Chris Hadfield, who has been an astronaut for 21 years and spent 4,000 hours in space, including as commander of the International Space Station. He wanted to participate in the series “to improve the chances of passing along the valuable parts of having flown in space to as many people as possible.” He continued, “four space walks, five shuttle flights, and nowhere on that does it say, make sure the school kids are along with you. But, once you’ve safely fixed the Hubble Telescope like Jeff [Hoffman] did, then you think about how you’ve learned some really valuable stuff that may be helpful to other people. During one of my spacewalks we went through the southern lights. They were pouring around the ship, I felt like I was surfing on the Earth’s aurora, and it was magical, gorgeous, and surreal. This is our planet, our electromagnetic energy, and poetry and beauty all at once. So what then? Do you just go home and say, eh, it was great? To me, a big part of the astronaut’s responsibility is to not keep it to yourself.”

The former astronaut who repaired the Hubble Telescope in the first unplanned spacewalk in NASA history, Jeffrey Hoffman, agrees with Hadfield about the astronaut’s responsibility to communicate to the public. “If you’re an explorer and you go to a new place and then you don’t communicate what that place is like, it loses its value. It has a value for you personally but in terms of the impact on humanity and human history, if you’re an explorer and you discover something new, you have to communicate it. We’re spending a tremendous amount of the public’s money to do what we do, and there is a responsibility to share the experience. Visually, you do that by photography,” Hoffman concluded. 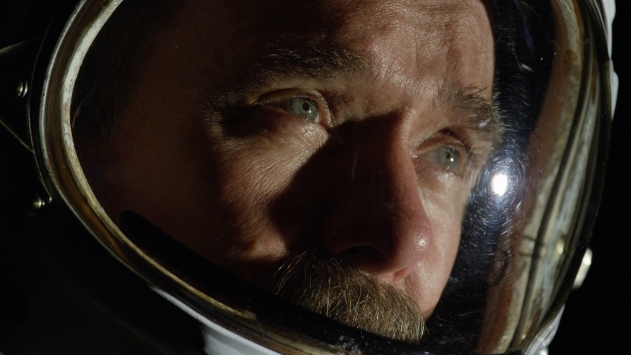 NASA astronauts regularly undergo training in filmmaking as part of their preparation to go to space. Astronaut Chris Hadfield has helped to film two IMAX movies, in addition to multiple documentaries, and made hundreds of his own videos. “We end up being the chroniclers of the world for everybody else, up there. Occasionally a good project comes along like an IMAX film but otherwise it’s just up to us, and we work hard. We have a team of photographers and videographers that teaches us how to properly share this experience,” he said.

Each astronaut had something to say about the wonder of looking at Earth from space, and realizing its fragility. “I turned over [in space] and there was Earth and the sky and it was like the WIZARD OF OZ: Toto, I don’t think we’re in Kansas anymore,” said Jeff Hoffman. “The windows in the shuttle are good, but it’s nothing like being in a helmet and going out. You hold your hand in front of your face and realize there’s a vacuum. There is nothing.” Chris Hadfield marveled, “the world is so compellingly beautiful that it renders you stupid. I tried to narrate when I was at that same stage [in space as Jeff], to say out loud all the cool stuff I was thinking, and when I listened back to the tape all I said was wow for the first couple minutes.” Being in space, Hoffman said, it’s possible to see how inhospitable that environment is to life. Thus, Earth seems that much more special.

Earth needs caretaking, that is one of the messages of ONE STRANGE ROCK. “Every group of people in this world has contributed to our understanding of science and technology,” Mae Jemison, the first woman of color to travel to space, told Science & Film. “I was a chemical engineering major in college but also majored in African Studies so I did a lot of work around developing countries and learned what people have done. Everyone has contributed to this world and I think that’s going to help us get through this, perhaps major, hiccup we’re having right now in sharing this planet.”

ONE STRANGE ROCK premieres an episode on the National Geographic Channel every Monday through May 28.