On the Chinese Internet platform YY, 325 million users watch their peers livestream and get rich. PEOPLE’S REPUBLIC OF DESIRE is a new documentary by Hao Wu, which won the top juried documentary prize this year at SXSW, that follows two of the platform’s biggest stars–Shen Man, age 21, and Big Li, age 24. Each of them makes hundreds of thousands of dollars per month by speaking live to YY’s users–singing, encouraging fans to buy them digital lollypops and other gifts, and thanking their spenders. Shen Man and Big Li each support their extended families with their earnings. Science & Film spoke with director Hao Wu by phone a few days before the film’s premiere at SXSW, on March 10.

Science & Film: How did you become interested in telling this story?

Hao Wu: In general, I’ve always been interested in youth culture. I am fascinated by how the young people in China are adapting to changes in mobile and internet technologies. I’m curious about the impact these changes have on them. Also, I think for documentary filmmakers it is challenging to get access to the wealthy class. I really like that film THE QUEEN OF VERSAILLES because it showed me a different aspect of society. A lot of documentary films focus on social justice issues; they look at the disadvantaged groups. But, I’m always curious about what is happening on the other side. What are they thinking? So that’s one of the reasons this particular story really attracted me. 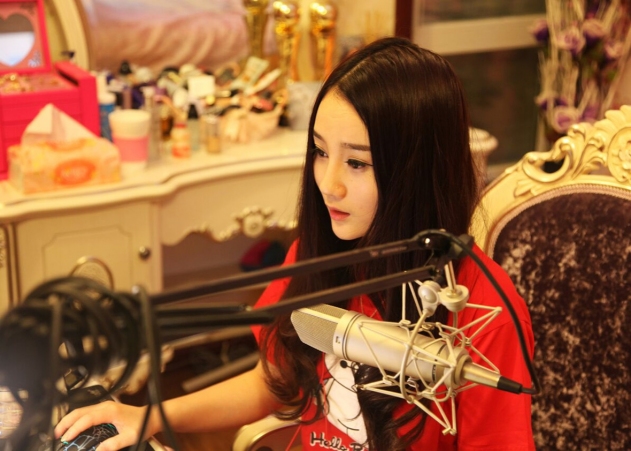 S&F: So focusing on YY gave you access to both the rich and poor?

HW: When I started researching this platform, I was looking for a story that could really showcase China’s technological advancement and how fast technological adoption has been. It has happened even faster than in the U.S. I was looking for a story that could show a side of the wealth gap in China. The initial draw of this platform was that, in some weird way, it attracts both the rich and the poor. They all get something out of this game. The way I see the Chinese society right now, the way I see where the technology and money-driven capitalistic system are taking us, that was what I wanted to use this story to tell.

S&F: Why do you think most YY users are youth? There is a moment in the film where Shen Man’s father says that she understands the technology in a way that he doesn't. Do you think it is because of the younger generations’ technological literacy?

HW: Yeah definitely. There is a big age divide. In the U.S. as well, right? During screenings of early cuts of the film, even at Sundance, older people had a hard time absorbing what was happening on the screen. Perhaps they don’t understand why young people today are so fascinated by Instagram stories or YouTube stars. There is a divide and it’s not just technological literacy, it’s also this internet culture divide. Young people today grow up with social media; the kind of satisfaction they get from Twitter or Snapchat is much harder for older generations to comprehend.

S&F: The film is very effective at visually putting the viewer inside of the YY platform. How did you decide to portray it digitally?

HW: It took a long time to get to that point. Very early on, two or three months into production, I decided I needed to do something about the screen. I’d recorded the shows that the livestreamers were doing using screen grab recordings. But even after a few months, I was still having a hard time following what was going on. So I think that would have been really intimidating and confusing to a film audience. I was thinking to do a traditional 2D animation to turn everybody into 2D figures, but I did some trials with animators and that didn’t work out. Then I started to think, how can I do something that’s not going to be too distracting? So I decided to go with a 3D gaming environment where everything is represented by icons rather than hand-drawn figures. I did a lot of experimentation with animators until I finally found my current animator, Eric Jordan, whose work I really like. 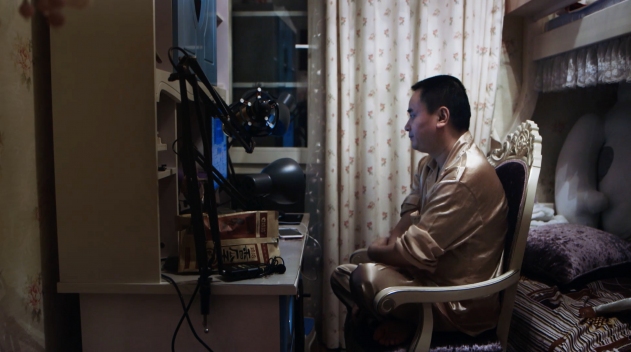 S&F: How did you come to understand the economic impact that YY has?

HW: It took me a while to fully understand the complexity of how the economics work in that universe. There has been a lot of media coverage about this phenomenon. A lot of the reporting has been on the how fans buy digital gifts for a particular livestreaming host who they enjoy. But, as you’ve seen from the film, the economics is a lot more complicated. It took me a few months after I started filming to really comprehend the role of the agency, for example. The agency makes money off the livestreamers they manage–so they have the incentive to both cultivate the livestreamers and, in many cases, spend money on them to project the illusion that this livestreamer has a lot of patrons supporting them in order to attract other patrons and fans to start spending money on the livestreamer. This scheme took me a while to understand. Not until the first competition did I really understand why the agency was spending money this way, because they’re trying to make more money the next year.

There are two things that struck me once I realized the role of the agencies. First of all, the agency works similarly to real life agencies because in real life, agencies package performers or celebrities. Also, online agencies are not uniquely Chinese. On Twitch, livestreamers also have agencies. Their agencies also try to promote them, but it hasn’t gotten to the degree where the agencies will register a fake account and spend money on the performer to try to increase the performers’ income and reputation.

S&F: But, no one in the film seemed particularly fooled by the agencies.

HW: Everybody knows. I guess once you’re a long-term user you know the game. They don’t care. It’s all pretty transparent. It’s kind of exploitative in that way. But, at the same time, everybody is willing to be exploited in that system. That’s just like our capitalist society in some ways–we all know the rules of the game–we’re all willing participants in this game.

S&F: And possibly there is a cultural difference between the U.S. and China in terms of how willing people are to acknowledge that they are all part of this game? I know that’s a broad statement.

HW: Yes. That’s why people say sometimes that China is more capitalistic than the U.S., because of the drive to make more money and once you have money to show off that money. And when you don’t have money, to lust after money. I wouldn’t say that all of China, 1.3 billion people, are like that but definitely those kind of themes are more prevalent in Chinese society compared to the U.S.

S&F: Did your two stars, Shen Man or Big Lee, have hesitations about letting you film their intimate moments? Be it while they were talking about their fans, or plastic surgery?

HW: Surprisingly no. I had more difficulty with Shen Man compared to Big Li. Big Li was really happy that I, as a filmmaker, was interested in his story. He was really open, and his entire family was really open. I hung out with them a lot; whenever I go back to China I try to meet up with them. We’ve become good buddies. Shen Man got a little bored with my filming. Sometimes she should would say that she didn’t feel like taping. I would fly from the U.S. to China and one time I waited a whole week before I could see her. She was becoming famous and would have these celebrity tantrums. She’s fickle. One day she’d say, come tomorrow, then the next morning she’d say, don’t come I don’t feel well, I need to take a nap. Stuff like that. But overall I think they are very candid. I think that’s partly because of the casting. As a documentary film, it’s very important for us to cast characters with whom we feel as filmmakers we could get access and talk with. I filmed more than ten livestreamers for this project and these are the two I decided to focus on because I felt like their lives could change as I filmed, and they’re open–not all the time, but every once in a while Shen Man would be very frank in terms of how she feels about society, her career, and her family.

S&F: Have Shen Man or Big Li seen the film yet?

HW: Not yet. I just wrapped post-production a week ago. I’m trying to get into a festival in China sometime this summer so when that happens, I’m hoping they will be able to come to the premiere in China.

S&F: How do you think PEOPLE’S REPUBLIC OF DESIRE will be received at SXSW?

HW: I don’t know yet. I’m really looking forward to our first screening on Saturday. I hope a lot of the tech people will come to the film. Also in competition this year there is a film about Instagram called SOCIAL ANIMALS; I’m curious to check out that film as well to see how different our two films are, and how the film audience responds to that film, versus my film. 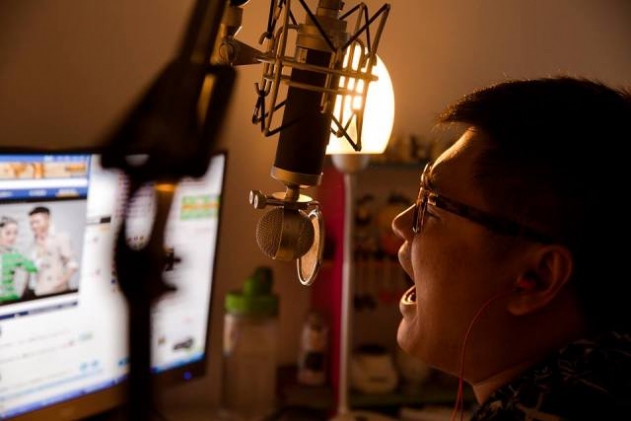 PEOPLE’S REPUBLIC OF DESIRE is making its world premiere at SXSW, where it won Best Documentary. Hao Wu directed, produced, filmed, and edited the documentary. Wu’s other documentaries include THE ROAD TO FAME and BEIJING OR BUST.