In BLACK MIRROR’s episode “Metalhead,” a woman stealing from a factory is met by a killer robotic dog that unremittingly hunts her. Alas, the Dog from “Metalhead” is based on a robotic dog that the corporation Boston Dynamics has invented. If only it were pure fiction. The company began designing four-legged robots for the U.S. military organization DARPA (the Defense Advanced Research Projects Agency). Google bought Boston Dynamics in 2013, and last year it was bought by the Japanese corporation SoftBank–one of the largest public companies in the world.

In “Metalhead,” the Dog travels quickly, running over various terrains, despite losing one leg, and even after being shot. It navigates with radar and operates on solar power. Boston Dynamics’ dogs, particularly “SpotMini,” look almost identical to the “Metalhead” Dog. (They also look similar to a robotic dog from Jake Paltrow’s 2014 feature YOUNG ONES, which carries cargo. Boston Dynamics’ 2005 robot “BigDog” can carry close to 100 pounds). “SpotMini” runs on batteries. Its predecessor “Spot” also runs on battery power and features a scanning system called LIDAR, which pulses lasers to render a 3D image of the surroundings that the robot uses to navigate terrain. “Metalhead” director David Slade and production designer Joel Collins used LIDAR to scan all the locations and sets to make the episode, Slade said in an interview for The Ringer.

For all its similarities to Boston Dynamics’ creations, the fictional Dog has one major difference. It is weaponized. Among its capabilities, it can launch shells that burst open and scatter shrapnel into its human prey embedded with trackers for other Dogs. Artificial intelligence and robotics researcher Dr. Peter Asaro has published on the subject of robotics equipped with weapons. Given the threats, ethical, and legal challenges of such designs, he has written in a 2016 paper for the Journal of Human-Robot Interaction that human-robot interaction professionals should “adopt a moratorium on the design of systems capable of using force autonomously, should ensure that human operators have meaningful control over any robotic system capable of deploying violent and lethal force against humans, and should consider permanently banning such systems in the future.” 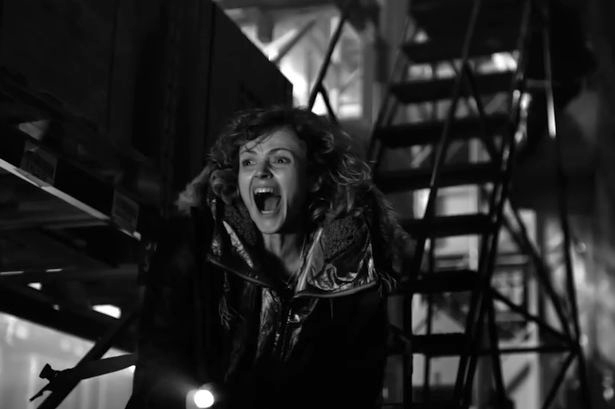 “Metalhead” is part of season four of BLACK MIRROR, now on Netflix. It was written by the show’s creator Charlie Brooker, and directed by David Slade (HANNIBAL). It stars Maxine Peake (THE THEORY OF EVERYTHING). For more on the technology BLACK MIRROR, read Science & Film’s feature on the episode “CROCODILE”.