Romance and Astronomy: From the 17th Century to the Present By Sonia Shechet Epstein | February 7, 2018

A micro-budget romantic drama inspired by one of the first books to popularize scientific ideas has just finished shooting. Writer Jonathan Kiefer and director Oliver Krimpas filmed AROUND THE SUN at a château in Normandy, less than an hour from a similar château where French writer Bernard de Fontenelle wrote Conversations on the Plurality of Worlds in 1686. Fontenelle’s story features a man and a woman walking in the same château in which he was writing and discussing the theory that the Sun, not the Earth, is at the center of the universe. "It certainly is difficult to imagine we turn round the sun, for we never change places," one of the characters in Fontanelle's book says. "Assuredly, said I, it is the same thng as going to sleep in a boat which was sailing down a river; on waking you would find yourself in the same boat, and in the same part of the boat." Copernicus published this theory in 1543.

AROUND THE SUN stars Cara Theobold (Downton Abbey) and Gethin Anthony (Game of Thrones), and takes the form of Fontenelle’s book–it is structured around conversations about the universe, but set in the present day. This will be Oliver Krimpas’ debut as a feature film director. He is also the film's producer. Writer Jonathan Kiefer wrote and directed the 2015 feature WOODSHEDDERS.

Science & Film spoke on the phone with Krimpas from his home in the UK and Kiefer from his in California in January of 2018.

Science & Film: How did you discover Bernard de Fontenelle’s writing, and what about it inspired you to make this film?

Jonathan Kiefer: Oliver and I had talked often about making a project together. We wanted to do something that was relatively thrifty so thought about what we had at our disposal. At one point, Oliver said that he might have access to a château in Normandy. I dug into the château’s history, which was fascinating. Not only was it the setting of Fontenelle’s book but it was also the site at which it was written. That sparked my interest right away. I came up with ten to 12 ideas in different genres all premised on the question of, how do we make a movie in this particular place?

Oliver Krimpas: Like all filmmakers, we were loath to base a film on any specific element–an actor or a location or something like that. Reverse engineering isn’t natural to filmmaking. But the place was so beguiling, that we just started to spit-ball ideas. It was Jonathan’s idea to bring Fontenelle in as a backdrop to a modern story. What Jon did [with the story] was to take the major ideas of the book and then extrapolate from them to more modern scientific ideas, and then thread them together in a romance of two people meeting. 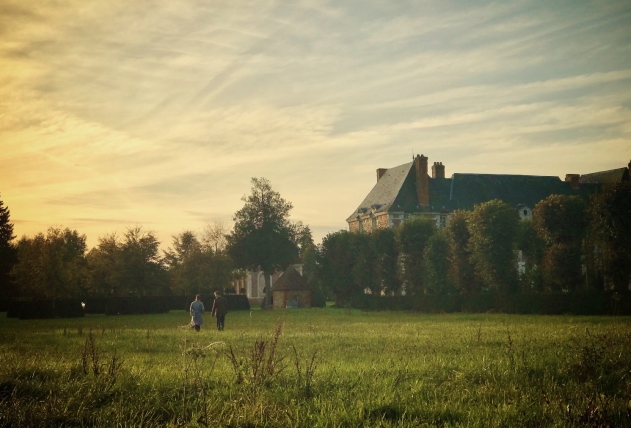 S&F: Had you ever heard of Conversations on the Plurality of Worlds?

JK: Fontenelle and this book was a discovery for me. I loved it. It’s so incredibly readable even now. You can see why it was very popular when it was first published, because he has got a great wit and an advanced understanding of what at the time were definitely cutting edge ideas. But he also had a sense of how to disseminate these ideas for broader readership.

The idea of the Copernican model of the world versus the Ptolemaic model of the world was controversial less than a hundred years before Conversations on the Plurality of Worlds was published. It took several generations of astronomers to figure out what it really meant. It was such a radical paradigm shift. Before Fontenelle, writings on the subject were very scholarly and I would say the average person in the 16th century wouldn’t necessarily absorb those ideas. In [Fontenelle’s] book, you see the first attempt to disseminate scientific ideas to regular readership. Trying to figure out how to dramatize it and approach it from a contemporary context was a different sort of problem.

OK: What Jon picked up was that the nearest kind of thematic extrapolation [to Fontenelle’s discussion of the Copernican model] in modern times is the idea of the multiverse.

JK: We already know the Earth revolves around the Sun, so you can’t make a contemporary movie about figuring that out. Fontenelle, in his book, writes not just about the fact that the Earth goes around the Sun but also that other stars might have planets and other planets might have life.

When you think about [the question], are we alone in the universe, that’s a macro-scale question that a lot of people think about individually too. Am I alone or can I find true companionship? AROUND THE SUN tries to articulate the parallels between the macro and micro-scale versions of that question. 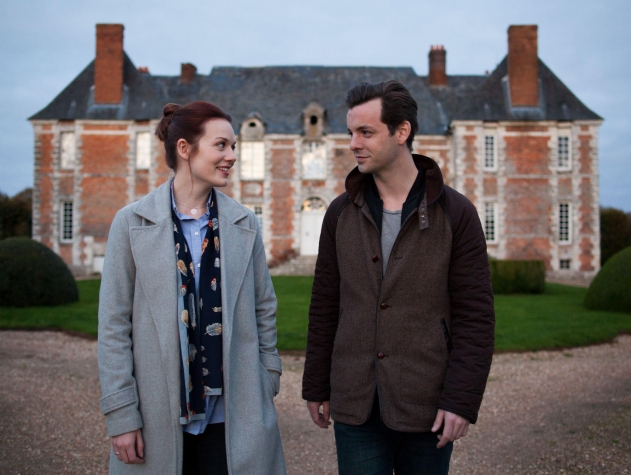 S&F: What did you find unique about Fontenelle’s science writing?

JK: Being free from an academic context, Fontenelle wrote about these ideas in ways that made room for fiction, flights of fancy, and speculation.

OK: Jon, you were saying how when you hear people talking about astronomy you find it romantic in and of itself. For me, it was very important in the film to be at one with its science but also to bring people in just like Fontenelle tried to bring people in who weren’t up on the cutting edge of science. It was really important to strike that balance.

JK: The book is a conversation between a man and a woman, but it’s unusual for the time. I think the book is self-aware about that. It’s not didactic at all. Looking at it from a contemporary framework, you think it might be about a young woman receiving tutelage from a man but it’s not like that at all; she’s very clever, she is his equal intellectually, and the book creates an environment where you have a sense of gender parity that feels revolutionary for the time. I took a cue from that.

S&F: What was Fontenelle’s private life like? Not that it matters much, but do you have any idea?

OK: The book is based on Fontenelle and the owner of the château. They supposedly had an affair. Everyone knew they were having an affair but she was a widowed aristocrat with a young child.

S&F: I’m assuming you had the actors read the book too?

OK: Yes, and they both said they did!

OK: I think for actors, the minutiae of the science is less interesting than the emotional dynamics between characters.

JK: We invented characters who interact with the château and therefore the book, and its ideas, but we’ve got many layers of fictional overlay. The idea is that audiences will have their own take on not just the science and science history but also the dynamics of the relationships. There are existential questions about connection, whether it’s between two individuals or between our civilization and some other civilization. It’s a head-trip but hopefully in an emotional, relatable way, because that is how the book was for me. 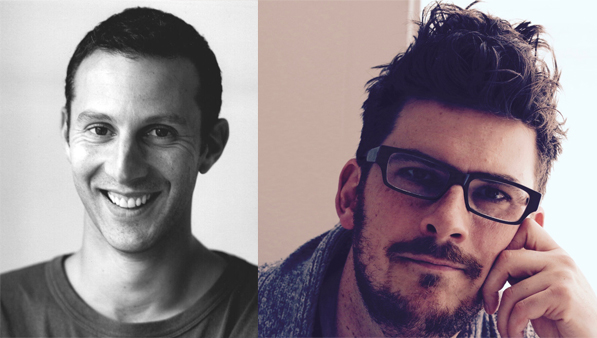 Oliver Krimpas and Jonathan Kiefer plan to complete AROUND THE SUN by spring of 2018 and apply to festivals this year. The film stars Cara Theobold, who was in DOWNTON ABBEY and is one of the stars of the Amazon Prime series ABSENTIA. Gethin Anthony, her co-star, was in two seasons of GAME OF THRONES and recently in Mark Raso’s KODACHROME and Steven Miller’s FIRST KILL. Stay tuned to Science & Film for more on AROUND THE SUN as it begins to play in theaters.