Out of the permafrost and into the grasslands, some people hope that the now extinct woolly mammoth will walk the earth again–4,000 years after the last one died. In a new documentary GENESIS 2.0 that made its world premiere at the 2018 Sundance Film Festival winning the Special Jury Award for Cinematography, Academy Award-nominated filmmaker Christian Frei (WAR PHOTOGRAPHER) worked with Maxim Arbugaev, a cinematographer from the Siberian Republic of Yakutia, to film two groups of people each searching for mammoth remains. One group is comprised of hunters excavating mammoth tusks to sell on the Chinese market for so-called “white gold.” The other, biologists who want to use DNA from mammoth excavations to bring the woolly mammoth back to life.

Synthetic biologists are perfecting technology to manipulate genomes to produce new organisms, and Harvard-based researcher George Church is experimenting with editing woolly mammoth genes into an elephant embryo so that the elephant gives birth to a hybrid species. Other researchers are interested in cloning a woolly mammoth from living cells found in a mammoth carcass discovered in the thawing permafrost in northern Siberia. 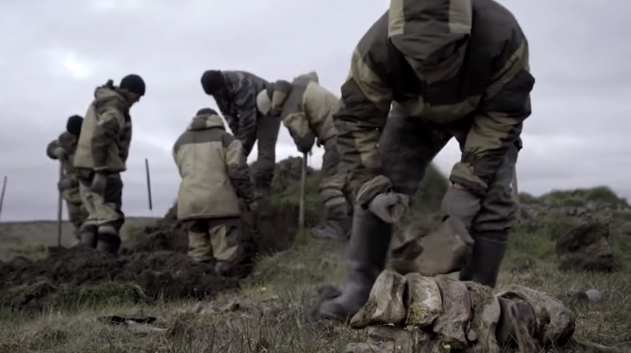 In GENESIS 2.0, directors Christian Frei and Maxim Arbugaev document efforts to render the woolly mammoth de-extinct beginning at a synthetic biology competition in Boston, then a gene bank in Korea famous for cloning pets, to the the sweeping, bleak landscape of the New Siberian Islands off of the Russian coast. At the center of the film are two brothers–Peter and Semyon Grigoriev–one of whom hunts for mammoth tusks, and the other of whom heads the Mammoth Museum devoted to presenting and preserving woolly mammoths in Siberia. The film made its world premiere in the World Cinema Documentary Competition program of the Sundance Film Festival. Science & Film spoke by phone with co-directors Arbugaev and Frei, who also produced and edited the film.

Science & Film: It seems to me that synthetic biology hasn’t come into the popular consciousness in the same way that a technology such as CRISPR has of late. Do you have that same sense?

S&F: Was that something that you thought about when deciding to make a film on this topic?

CF: First of all, I approach every protagonist and every phenomenon with skepticism and empathy. I do not start with a set opinion, like these are the bad guys. I’m just not interested [in that approach]. For example, the students at the Synthetic Biology conference are doing good; they’re reassembling ecoli bacteria, they’re trying to develop new drugs, etc etc. That’s a decision I made in order to not portray synthetic biology from the beginning in a dystopian, horrifying, end of the world, way. That’s too simplistic for me, that’s not how I see the world. I was interested to approach this whole subject with sympathy, empathy–with students, George Church. 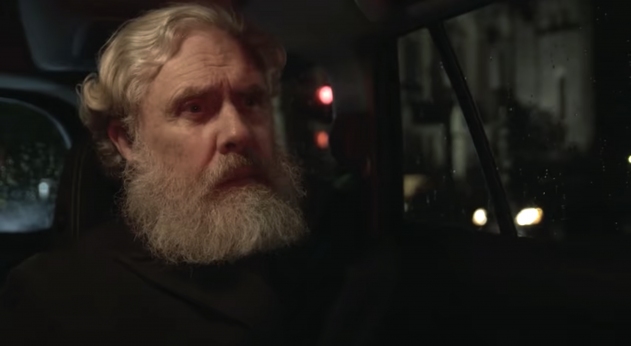 S&F: Maxim, what were some of the major cinematography challenges that you faced filming hunters on the New Siberian Islands?

Maxim Arbugaev: The first time I was on the New Siberian Islands with the mammoth hunters was in 2012. Then, I applied to the [Gerasimov Institute of Cinematography] film school in Moscow and met Christian. He had the great idea to make a documentary about mammoth hunters and genetic scientists. For me, it was important to be a cinematographer [on the film] because the mammoth hunters’ community is small. To get to this community, you don’t need a big film crew. I thought it would be a good idea to be two-in-one, director and cinematographer, to reduce the [size of the] film team and be as close as possible with [the hunters].

CF: Maxim was on his own on the Islands, and he and I spoke before he went on this expedition about the documentary camera, the use of drones [to film]. I said, it’s so much more important that you are there with your heart. Don’t make them feel the technique too much–approach filming with a purely direct cinema style. Maxim was totally embedded with the hunters. He didn’t threaten them with too much technique. They forgot about the camera.

S&F: So Christian, how did you think about filming the scenes of the film that are not on the Islands?

CF: I couldn’t have that purely direct cinema style with George Church, it just wasn’t possible; he doesn’t have the time, so I had to work differently. It was important for my cinematographer Peter Indergand, who has filmed all of my films, that he put something in front of the lens that was human and alive and not just the stereotype of the lab and petri dish. The first scene, when I introduce the world of synthetic biology as the next great technical evolution, is a jamboree of young students. 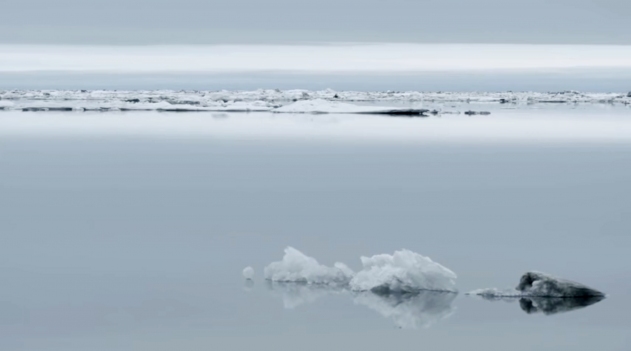 S&F: One of the scenes in the film was shot at the Beijing Genomics Institute which hopes to sequence the genome of every living thing. Was there a point in that visit, or any other time while filming, when you encountered resistance from your subjects?

CF: No, not at all. We were [at the B.G.I.] with Semyon Grigoriev, one of the two brothers in the film. He is really an interesting protagonist because he is based at the Mammoth Museum where he dreams of the resurrection of the woolly mammoth. The audience travels with him first to Sooam Biotech, the cloning factory in Seoul, where you can feel that he is kind of overwhelmed, and then even more so when going to Shenzhen and you see the incredible world of what’s happening with the B.G.I. and the China National GeneBank, which opened six months before [we filmed there]. It was very new. The head of the China National GeneBank was really eager to show us around, and I think he did it in a very honest way.

S&F: What has been the reaction to the film at Sundance so far?

CF: Yesterday we had a screening. I’m spoiled, I know the feeling when people thank you and you see it in their eyes that they went through an incredible experience. We got this incredible review in The Hollywood Reporter–they got the idea of the film so we are very happy. It’s kind of a demanding film. It has multiple layers and you have to excavate and be patient a bit. But the reactions so far have been overwhelmingly nice and people love the film. 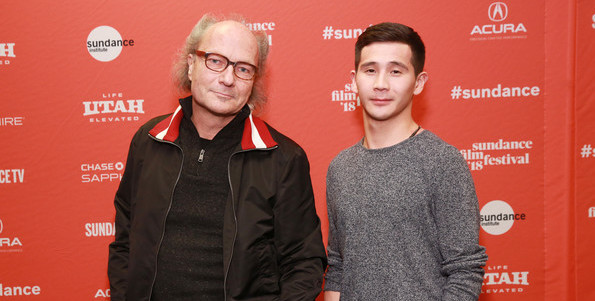 GENESIS 2.0 is Maxim Arbugaev’s documentary feature debut. He co-directed with Swiss filmmaker Christian Frei, who won the World Cinema Director Award at the 2009 Sundance Film Festival for his documentary SPACE TOURISTS. Frei also produced and co-edited GENESIS 2.0 with Thomas Bachmann. Peter Indergand was the cinematographer except for the scenes on the New Siberian Islands, which Arbugaev shot. Together, Arbugaev and Indergand won the Cinematography Award at Sundance.