In the 1960s, observations about overpopulation and pollution led scientist Athelstan Spilhaus to begin a project to create a prototype city that could address issues of waste and infrastructure and be the basis for future American cities. Together with a fellow Minnesota resident, the newspaper publisher Otto Silha, Spilhaus formed a steering committee that implemented a federal planning grant to create designs for the city. The committee included famed engineer Buckminster Fuller, and had the support of Vice President Hubert Humphrey. The city was never realized, but Chad Freidrichs' new documentary THE EXPERIMENTAL CITY resuscitates the idea through interviews with surviving members and previously unreleased audio interviews with Spilhaus conducted by his friend Louise O’Connor. The film made its world premiere at DOC NYC in November of 2017. Science & Film spoke afterwards with Freidrichs by phone from his home in Columbia, Minnesota.

Science & Film: As your film makes clear, Athelstan Spilhaus was very well known in his day. Why do you think he has largely been forgotten?

Chad Freidrichs: One thing we touch on in the film, which perhaps explains Spilhaus’ decline in renown, is his top-down, technologically based approach to large-scale problems. This large-scale approach to urban problems was increasingly questioned throughout the ’70s, ’80s, and ’90s, and perhaps now we’re seeing a bit of resurgence. 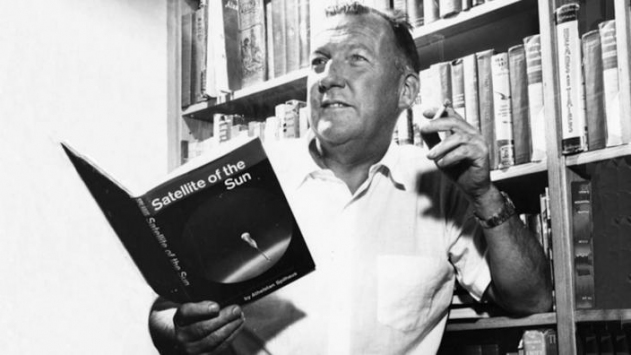 S&F: It seems like it. Scientists have brought up the possibility of geo-engineering, and genome editing is a technological reality.

CF: In cities too. This new neighborhood that Google Alphabet is thinking of building in Toronto proposes underground utility corridors, modular buildings, and a fully wired city­–ideas straight out of the Experimental City that were proposed 50 years ago.

S&F: Do you think these people know about the Experimental City?

S&F: How did you find the archival material you used in the film? Has anyone ever made use of it before?

CF: When we first got into this project I wasn’t aware that archival materials existed. At the University of Minnesota’s Northwest Architectural Archives we found a trove of recordings of the steering committee meetings and workshops. That was a revelation because I had no idea how I was going to tell this story. The other essential material for the film came from Louise O’Connor. We went to interview her for the film because she had written a manuscript about Athel and was his friend. 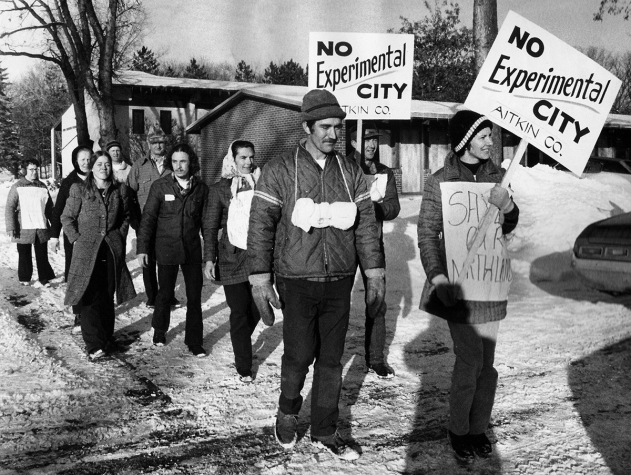 S&F: Had she published the manuscript?

CF: No, it has never been published. But a couple of other authors have relied extensively on it in their own publications so that is how we knew it existed. Louise knew Athel well during the period right after the Experimental City project and it turned out that she had 60 hours of audio recordings with him. These were extraordinarily candid, low-key, informal interviews. Spilhaus is drinking through the vast majority of it; you hear it in his voice. He’s completely off the cuff.

S&F: Did Louise have any qualms about sharing those tapes with you?

CF: She was very open about us using them. She trusted us and felt that we would tell Athel’s story right. That is what she really wanted: to get Athel’s story out there because he has kind of been forgotten to history unless you work in very specific circles. Louise feels that he deserves a much broader reputation.

S&F: It’s great that you made the film at a time when some people are still alive who were in the room planning the Experimental City.

CF: The people involved in the project are in their 80s and 90s. One has passed away since the interview: James Alcott. I think he and the other people involved wanted to get this story out because some of them really felt that the city should have been built and it could succeed if it was done today. 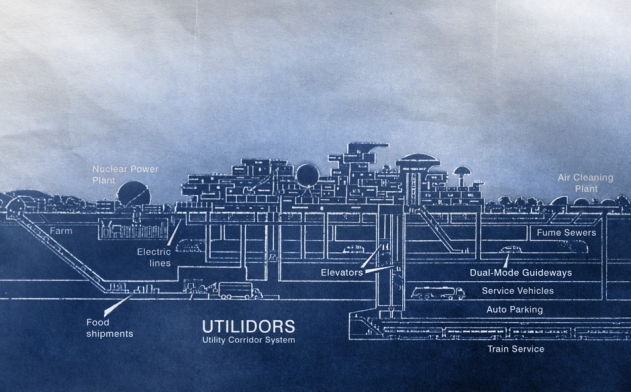 S&F: Would you say that the Experimental City is Spilhaus’ major legacy?

CF: No. His most famous invention is the bathythermograph which is a device that can be dropped into the ocean and compares temperature with depth. It was very useful for charting oceans and for submarines during World War II. Bathythermographs are still in use today.

In terms of his lasting legacy, Spilhaus created the National Sea Grant Program. In Missouri, we have a land-grant college that was established in the mid-nineteenth century when the federal government put up lands to allow for the building of colleges. In the 1960s, Spilhaus proposed sea grants to institutions to better understand oceans. Wherever there is a giant shoreline, there are still sea grant colleges.

S&F: What are the next stages for distribution of your film?

CF: It will probably have a pretty big spring on the festival circuit, and then we are trying to get it out to colleges and universities as soon as we possibly can. In terms of broader theatrical distribution, that is in the works right now.

THE EXPERIMENTAL CITY is directed and edited by Chad Freidrichs. It is produced by Freidrichs, Brian Woodman, and Jamie Freidrichs. Freidrichs' previous film, THE PRUITT-IGOE MYTH, is a documentary about a public housing project in St. Louis developed after World War II that failed as an urban renewal project. Freidrichs has been nominated for a Cinema Eye Honors Award and won the Video Source Award from the International Documentary Association for THE PRUITT-IGOE MYTH.