BOMBSHELL: THE HEDY LAMARR STORY
The Sloan-supported documentary BOMBSHELL: THE HEDY LAMARR STORY is about Hollywood actress and technological innovator Hedy Lamarr. Based in part on Richard Rhodes’s book Hedy’s Folly, the film is directed by Alexandra Dean and executive produced by Susan Sarandon; parts of the film are narrated by Diane Kruger, and parts by Lamarr herself. Kino Lorber is distributing the film into theaters; it is now playing at the IFC Center in New York. 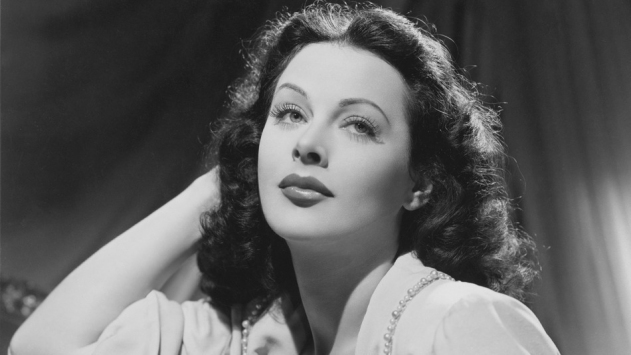 JANE
Directed by Brett Morgen, JANE is a new National Geographic documentary about the early years of Dr. Jane Goodall’s work with the chimpanzee population in Africa. Morgen composed the film from over a hundred hours of archival footage shot by filmmaker Hugo van Lawick (Dr. Goodall’s former husband), from the 1960s. JANE is now in theatres.

THE DANCER
THE DANCER, written and directed by Stéphanie Di Giusto, is a biopic about the iconic dancer and stage design innovator Loïe Fuller. The film stars SoKo and Lily-Rose Depp, and is in theaters as of December 1. 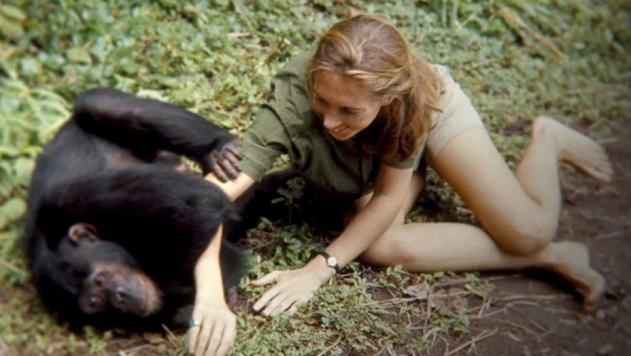 DOWNSIZING
Alexander Payne’s new film DOWNSIZING star Matt Damon as a man who takes advantage of the miniaturization process that scientists have proposed to help with problems of overpopulation and resource depletion. The film also features Kristen Wiig, Christoph Waltz, Laura Dern, Hong Chau, and Alec Baldwin, and is written by Payne (SIDEWAYS) and Jim Taylor (ELECTION). Paramount is releasing the film into theaters on December 22.

MINDHUNTER
Set in the 1970s, the Netflix series MINDHUNTER follows two FBI agents working to bring social psychology into the process of identifying and tracking serial killers. The series is directed in part by David Fincher (SOCIAL NETWORK) and stars Jonathan Groff (LOOKING), along with Hannah Gross (MARJORIE PRIME) and Holt McCallany (SULLY). The ten episodes of season one are now streaming. Check back on Science & Film for an article by forensic psychologist Marina Sorochinski.

ALIAS GRACE
The miniseries ALIAS GRACE, adapted by Sarah Polley (STORIES WE TELL) from Margaret Atwood’s novel of the same name, is set in 1843–it is about the ambiguity of memory, and centers on a woman convicted of murder and her work with a psychiatrist. The six episodes are available for streaming on Netflix as of November 3. The series stars Sarah Gadon, Paul Gross, Edward Holcroft, and David Cronenberg.

MANHUNT: UNABOMBER
Discovery Channel’s new eight-part series MANHUNT: UNABOMBER is about the FBI investigator Jim Fitzgerald who pioneered the use of forensic linguistics when he used writings to identify the Unabomber. The series stars Sam Worthington and Paul Bettany, and is available on Netflix and Amazon. Linguistics professor Dr. Tej Bhatia wrote for Science & Film about the show.

THE CHILDREN
Playwright Lucy Kirkwood (CHIMERICA) has a new play called THE CHILDREN about a pair of retired nuclear engineers. The play is coming to the Manhattan Theatre Club an acclaimed run at the Royal Court Theatre in London. Kirkwood has previously received support from the Sloan Foundation for development of her play MOSQUITOES through the Manhattan Theatre Club-Sloan partnership. THE CHILDREN runs from December 12 through February 4 at the Samuel J. Friedman Theatre.

THINKING MACHINES
The Museum of Modern Art in New York’s exhibition “Thinking Machines: Art and Design in the Computer Age, 1959-1989,” displays works from the Museum’s collection made using computers. Three video works are included–by Stan VanDerBeek, Beryl Korot, and Charles Csuri. The exhibit was curated by Sean Anderson from the Department of Architecture and Design, and Giampaolo Bianconi from the Department of Media and Performance Art. It is on view through April 8, 2018.

VERTIGHOST
Pioneering artist and filmmaker Lynn Hershman Leeson has a new multi-platform project called “Vertighost” that has been commissioned by the Fine Arts Museum of San Francisco. Central to the installation is the story of the “Portrait of Carlotta,” from Hitchcock’s Vertigo. The show opens on December 16 and will be on view at the Legion of Honor, the de Young, and online. Stay tuned to Science & Film for more.