Director Bong Joon-ho’s latest film, OKJA, uses the clichés of science and technology to tell a socially relevant story about the issues that face a world impacted by population growth and food scarcity. Tilda Swinton is the corrupt corporate tycoon, Paul Dano the militant animal rights activist, Jake Gyllenhaal the soulless television personality, and Okja the monster that society has created. When OKJA was released onto Netflix in August, Science & Film commissioned Dr. Molly Jahn, who researches food security, to write about the film. In it, Okja is a giant pig engineered to feed the world, but who is beloved by the girl who raised it. Museum of the Moving Image will be screening OKJA on November 5, as part of the Korean Film Festival, followed by a discussion with director Bong Joon-ho. 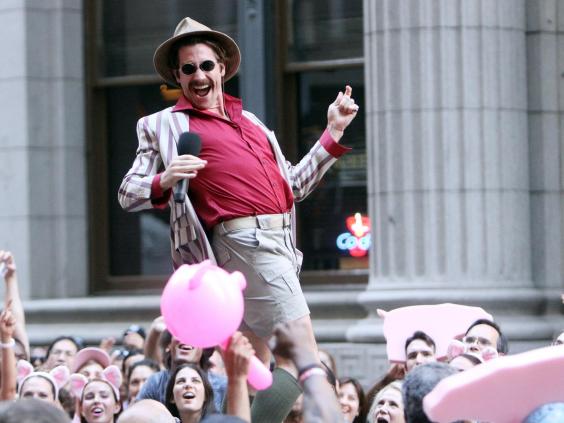 Dr. Jahn’s article about the film is republished below.

For millennia, humans have invented fantastical creatures that manifest our hopes and fears– like mermaids, unicorn, and dragons–and now, a superpig named Okja. Something like a cross between Lassie Comes Home and Frankenstein, Bong Joon-Ho’s (SNOWPIERCER) new film by the same name, tells the story of a Korean farm girl, Mija, and her pet monster “pig.” More like a sweetly grotesque, double-sized hippo with a puppy face, Okja brings into sharp focus fundamental contests in our modern food systems and asks the pointed question, is Okja food?

Today’s science confirms the obvious–that the animals we eat are not inanimate; they share with humans much more than 19th and 20th century western thought cared to admit. So in the 21st century, with nine billion people estimated by mid-century, where do we draw the line on what is okay to eat?

Archeologists believe that Neanderthals regularly ate each other. Today, we generally don’t. Is it okay to eat our pets? Not in most societies. Is it okay to eat a few domesticated animal species whose “production” we have industrialized? Yes. Is it okay to eat plants? Yes—unless you’re the pallid vegan animal rights member Silver in OKJA who’s not so sure. So how do we feel about eating Okja?

In this funny, complex caricature of contemporary dialogues about food and agriculture, the evil Mirando Corporation–an offbeat fusion on the Samsung/Monsanto spectrum–invents a new breed of superpigs through secret scientific processes, rolls out this new invention draped in ecofriendly trickery, and sends 26 animals as ambassadors of agricultural innovation to select small farmers around the world. Ten years later, among all the superpigs on earth, Okja wins “best superpig” from Mirando. According to a plan unbeknownst to the girl who’s grown to love her, Okja must then leave their small farm paradise on a Korean mountaintop for a chamber of horrors in Paramus, NJ where she will meet her fate as the very best bacon ever.

Of course, not without a fight. With Mija in pursuit, a group from the Animal Liberation Front hijacks the Mirando truck carrying Okja. As black-garbed advocates in their own truck approach, they signal to Okja’s drivers to put on their seatbelts so “nobody gets hurt.” To the tune of John Denver’s “Annie’s Song,” they spring Okja free. But nobody gets the high road in this film. The liberationists double cross Mija, wire up Okja to transmit secret video, and send her back on her way.

In a brilliant essay about monsters and what they say about those who invent them, historian Natalie Lawrence points out that the word “monster” derives from Latin monstrare, to demonstrate, and monere, to warn. OKJA takes us on a trip to the edge with this biting, transnational illumination of the competing story lines about today’s food systems.

In an era where science presents so many new answers for sustaining humanity–from correcting our genomes to inventing methods to produce enough food for a population of billions more humans–perhaps it’s about time for us to figure out what the real questions are.

OKJA will play at Museum of the Moving Image's Redstone Theater on Saturday, November 5 at 7pm.