Benedict Cumberbatch will star as Thomas Edison, Michael Shannon as George Westinghouse, and Nicholas Hoult as Nikola Tesla in a new film about the legendary and as yet un-dramatized story of a “war” between three of the greatest inventors. The film, THE CURRENT WAR, is set during a thirteen-year period beginning in the early 1880s when the Edison Illuminating Company was vying for the large-scale implementation of electricity via direct current, and the Westinghouse Electric Company was promoting alternating current. THE CURRENT WAR is directed by Alfonso Gomez-Rejon (ME AND EARL AND THE DYING GIRL) and written by playwright Michael Mitnick. It will premiere at the Toronto International Film Festival on September 9 and will be released theatrically by the Weinstein Company this Thanksgiving.

Screenwriter Michael Mitnick began work on THE CURRENT WAR almost ten years ago, in 2008. In addition to his work in film, Mitnick received a Manhattan Theatre Club-Sloan Foundation commission in 2010 for a science musical. Science & Film spoke by phone with Mitnick before the Toronto premiere.

Science & Film: What got you interested in the “war of the currents”?

Michael Mitnick: Elements of this story were woven throughout my childhood. I grew up in Pittsburgh, Pennsylvania–Westinghouse’s name was everywhere. My father is a professor, so trips were usually education-oriented; we visited Edison’s laboratory, Niagara Falls, and battlefields. My first assignment in graduate school [Mitnick has an MFA from Yale Drama], was to write a monologue inspired by history. Immediately, I thought of Edison. That night I came across the 13-year period of his life called the “war of the currents” in which Edison and Westinghouse began an epic battle over whose current would power the world. I couldn’t believe that I had never heard of it. The first monologue I wrote was about Edison apologizing to a little boy for electrocuting his dog. The monologue blossomed into a full length musical. In drama school we mounted a full production for $250. In 2011, I wrote the screenplay version.

After all this time for the story to find its way to Alfonso Gomez-Rejon, the director, and to see the artistry he and Benedict and Michael have done–it floors me. 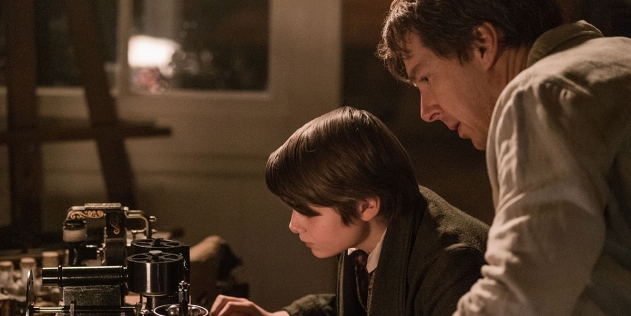 S&F: I’m curious if you found Edison to be a sympathetic character? In researching Nikola Tesla, I’ve come across stories about how difficult Edison was.

MM: He was his own invention. He was self-educated, self-made, and was the first worldwide celebrity who wasn’t in politics. Edison was driven by both a curiosity to see what was possible and a desire to put his name on it. He refused to fail, whether it be in the lab or in the papers. So when Westinghouse challenged Edison on his greatest legacy–electricity–the smear campaign started as did Edison’s secret work developing the first electric chair.

S&F: How does Tesla figure into your screenplay?

MM: We meet Tesla when he was sent from Edison’s Paris company to work in New Jersey alongside Edison himself. Most of the mythology of Edison screwing over Tesla is apocryphal. From the logs and memoirs I read, Edison paid Tesla a much larger salary than his other men. Tesla had his sights on building his own company, which failed largely due the crooked men who paid for it. Later, when Westinghouse couldn’t build a motor that worked with his Alternating Current, it was Tesla and his new polyphase motor that served as the key to Westinghouse and Tesla’s triumph over Edison. It’s funny–after Edison failed with electricity, his most profitable success was the storage battery intended for electric cars. Diesel won, but it would also make a lot of sense for Tesla, Inc. to be named after Edison. When you can charge the cars without plugging them in, that would be a good time to name them Tesla.

S&F: And maybe once they’re free for everybody too.

MM: And free for all, yes. Good call.

S&F: What were the primary sources that you used for research?

MM: When I started writing THE CURRENT WAR it was just whatever I could dig up in the public domain. I wanted as much as possible to use real quotations and then mimic the men’s voices.

The incredible 40-year plus efforts of Paul Israel and Rutgers University to preserve Edison’s papers were invaluable. For a very brief period, Edison kept a diary that I pulled from. Frances Jehl, one of Edison’s assistants, wrote a fun three-volume book of his memories. Other sources were newspapers, the Library of Congress, and the New York Sun which had a lot of coverage of the electric chair.

Westinghouse was far trickier. He erased himself from history. There’s one public domain book and a few tributes that were where I had to get almost everything. Andrew Masich and Pittsburgh’s History Center have some of the wonderful items that managed to survive. What emerged from these bits is pieces was a glimpse of a man whose greatest motivation was what his company contributed. It feels almost silly to think he could be so selfless, but that’s largely who he was. Westinghouse gave his men homes with running water and heat, he puts hospitals next to his factories. He is the reason we have Saturdays off. Westinghouse thought he would get better work if his employees were more relaxed and could blow off steam playing an afternoon of baseball. 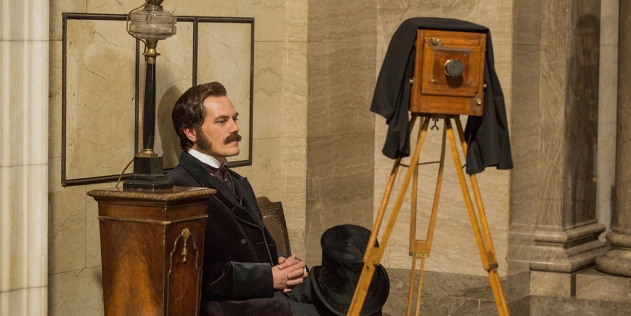 S&F: How did you decide how much scientific or technical information to include in the story?

MM: That was particularly difficult and changed day to day. It was essential to me I allow audiences understand what Edison and Westinghouse are trying to do without bringing in exposition or stopping what is most important–the drama.

But there was a lot to make clear to people who have had no physics: What is the difference between alternating and direct current? How does electricity work? What is a dynamo? What is a transformer? How does a motor work? It is a better story if you’re able to understand what Edison and Westinghouse are actually fighting over.

S&F: Benedict Cumberbatch has obviously played a genius inventor before, and I wonder to what extent that served as a touchstone for him getting into the character of Thomas Edison?

MM: I can’t speak to his process, but he didn’t mention Sherlock or Turing during shooting. I know he relied heavily on a lot of research about Edison. I imagine one of the things that was attractive to him about THE CURRENT WAR was that he is playing an American, and someone in a completely different era: the second Industrial Revolution–top hats and immigrants. 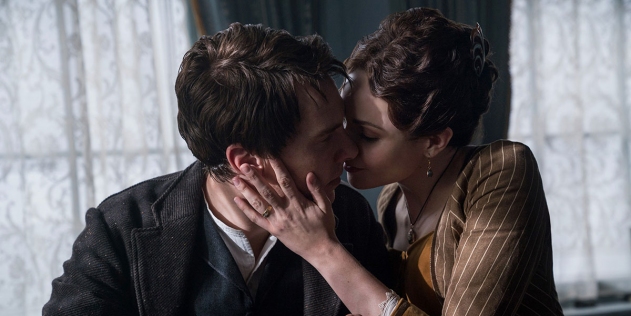 S&F: What happens next for the film after the Toronto International Film Festival?

MM: It opens theatrically Thanksgiving weekend. This story has been a large part of my life the last ten years; it’s both thrilling and intimidating to realize that it’s finally time for people to see it.

THE CURRENT WAR will make its world premiere in the “Special Presentations” section of the Toronto International Film Festival, which runs September 7 to 17. In addition to Benedict Cumberbatch (THE IMITATION GAME), Nicholas Hoult (MAD MAX: FURY ROAD), and Michael Shannon (TAKE SHELTER), the film stars Katherine Waterston (FANTASTIC BEASTS) and Tuppence Middleton (JUPITER ASCENDING). It is produced by Timur Bekmambetov, Basil Iwanyk, and Steven Zaillian. The Weinstein Company is distributing the film which will open in select cities on November 24.

For more on Thomas Edison’s contributions to the motion picture industry, read Science & Film’s description of Edison’s cameras and films that are in the Museum of the Moving Image’s collection.