After Big Brother (NINETEEN EIGHTY-FOUR) and before HAL 9000 (2001: A SPACE ODYSSEY), there was Alpha 60. In Jean-Luc Godard’s ALPHAVILLE, an alien land is ruled by a large-scale computer. Its citizens are required to make decisions only by the rules of logic. Eddie Constantine stars as special agent Lemmy Caution, and Anna Karina as a seductress from Alphaville. The film was made in 1965.

The Museum of Modern Art will screen ALPHAVILLE on July 24 and 30 as part of its series “Future Imperfect: The Uncanny in Science Fiction” organized by Josh Siegel. Science & Film spoke with Dr. Sheila Jasanoff, the director of the Program on Science, Technology and Society at Harvard’s Kennedy School of Government, by phone before the screening.

Science & Film: In ALPHAVILLE, technology is portrayed in a negative way. Could you talk about what the relationship of society was to computers and technology in 1965 when the film was made?

Sheila Jasanoff: The term technology is extremely general. It has become normal these days to think about technology as being just the digital world, but of course it’s much more than that; it is material as well. I think it’s worth going back to thinking about what digital technology was like in those days. I worked for a private corporation in New York as an undergraduate for one summer–this was when punch cards were still used–and machines were large. They filled rooms. The brooding, physical presence of these large mainframe computers was in a way iconic of the kind of control that people imagined in a computerized world. This was related to the mid-century fears about state and technology operating together.

ALPHAVILLE depicts a city in the control of this large, dehumanized, mechanized, instrument–the computer. I think that it articulates a more general post-war European sensibility about how technology and the state work together to take away freedom. Nineteen sixty-five is an important year to keep in mind because in France, speaking of Godard’s own background, it is before 1968. And 1968 is the year when youth breaks free from control by the older generation that led Europe into two world wars and created a kind of apocalyptic vision of military technologies and state. I think the computer was very much tied into that sense of power and supremacy and a kind of sovereign control over mind and body that people associated with data gathering and total mind control.

The first major display at the Holocaust Museum in DC is the Hollerith Machine which is the precursor to IBM. It takes up one entire wall. It was used by the German government to collect demographic data, particularly on Jews. This use of the computer to turn a population into a surveillance object under the control of the state was really in the popular imagination at the time ALPHAVILLE was made.

In 1984, Apple made its famous ad for the Super Bowl in which they kind of took down IBM by caricaturing IBM in a way that is similar to the way it’s caricatured in ALPHAVILLE. It was portrayed as an institution that standardizes people and turns them into zombies. In the ad, people are sitting in a large corporate room and then the invention of Apple breaks the spell of everything being mechanized and rendered identical.

S&F: There is nothing about how technology could be useful to people in the film.

SJ: In ALPHAVILLE, emotions are ruled out. There is an ironic, prankster quality to the film where this intelligence agent in his trench coat–who is kind of like an American cartoon character–ends up teaching love to a French woman. That the French would need to turn to America to break free from their taboos on love is a bit of a humorous touch in the film. It’s not otherwise a very funny film. 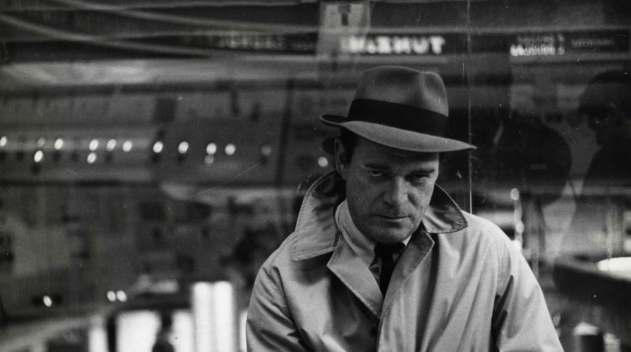 SJ: It’s a historical document. It comes from a period of bigness: big state and big corporation were tied up together particularly in the European mind. If you look at philosophy and history of technology, European writers during the inter-war period all the way through to a major thinker like Michel Foucault in France in the ’70s were imagining technology mainly in negative terms. Heidegger, the famous philosopher of technology in Germany, saw technology as destroying nature, standardizing everything including people, and as a dehumanizing force. Whereas in America, the attitude was always more mixed.

2001: A SPACE ODYSSEY, which was made in 1968, represented Kubrick’s view of the machine playing a similar role as in ALPHAVILLE. But from 1965 until that Apple ad at the Super Bowl was a period that represents a particular set of beliefs about what would happen with technology. Then if you fast-forward, we are back to a similar way of thinking. People no longer think about the physical bigness and intrusiveness of these technologies, and the sort of juxtaposition and convergence of cityscape and technology which is so much of the iconography of ALPHAVILLE. I don’t think people would think of it in exactly that way anymore. But the pervasiveness that wherever you go you can be followed still exists. If you look at today’s headlines, on the one hand you have all the Russian cyber security news but also the investigators of the disappeared students in Mexico were under surveillance using technology that the U.S. had sold to Mexico. There is a sense that even governmental operations today are subject to surveillance.

The fear today is not only about a centralized surveillance of instruments and power converging, although this is what Edward Snowden feared as a whistle blower, but that surveillance is much more decentralized. Everybody can now spy on everybody. My sense is that this
movie is undergoing a bit of a revival. The scenes of mind control and thought control are in the air again. What we’re making with artificial intelligence and our capacity to link up minds and thoughts might outstrip our control. 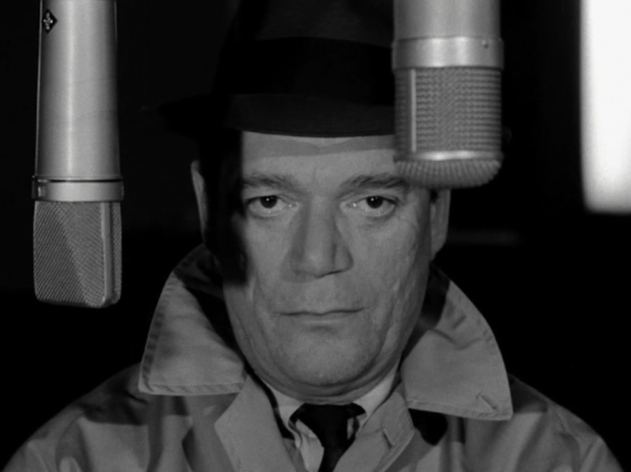 Dr. Sheila Jasanoff is a professor of Science and Technology Studies at the John F. Kennedy School of Government at Harvard University. She is affiliated with the Department of the History of Science and Harvard Law School. She is founder of Cornell’s Department of Science and Technology Studies. At Harvard, she founded and directs the Kennedy School’s Program on Science, Technology and Society. She is also founder of the Science and Democracy Network, an international community dedicated to improving understanding of the relationships among science, technology, law, and political power. Jasanoff has authored numerous books; her latest work, The Ethics of Invention, was published in 2016.

ALPHAVILLE, written and directed by Jean-Luc Godard, will screen at the Museum of Modern Art on July 24 and 30. For more on the “Future Imperfect” series, read Science & Film’s write-up.