Future of Coal: Interview with Filmmakers of From the Ashes By Sonia Shechet Epstein | June 23, 2017

Changes in coal industry regulations under the Obama and Trump administrations make the new documentary FROM THE ASHES a timely portrait of the 100-year-old industry. The film, made in partnership with Bloomberg Philanthropies and produced by Radical Media (MARS), features retired coal miners, residents who have lost coal jobs when plants closed, environmental activists, and those working on new job opportunities for former coal miners. By Emmy-winning director Michael Bonfiglio, the film centers on Appalachia and Montana and Wyoming’s Powder River Basin.

FROM THE ASHES made its world premiere at the Tribeca Film Festival, with people such as Mike Bloomberg, John Kerry, and Edward Norton in attendance. The day after the premiere, Science & Film spoke in person with Bonfiglio, with Executive Producer Katherine Oliver from Bloomberg Associates, and Consulting Producer Antha Williams from Bloomberg Philanthropies. National Geographic will distribute the film globally on television on June 25, 2017.

Science & Film: Can you tell me about Bloomberg Philanthropies’ history supporting clean energy?

Antha Williams: Bloomberg Philanthropies is the home of all of Mike Bloomberg’s charitable giving. It has five program areas of which the environment is one. His giving overall has been ramping up in a pretty dramatic ways. Last year, Bloomberg Philanthropies made grants totaling $600 million, and we work globally. On the U.S. side, the work to support the move away from coal to clean energy was one of the first big bets that Bloomberg made. In the wake of the ‘cap and trade’ climate bill dying in the U.S. Senate, Mike thought it was compelling to think about a grassroots movement that could close down coal-fired power plants without relying on Washington. Incredibly, those efforts to close coal plants have hit the targets we would have hit with that climate legislation from Washington.

S&F: Katherine, why did Bloomberg Philanthropies turn to film?

Katherine Oliver: Bloomberg has a long history of storytelling. We are a news organization, but this is something new for Bloomberg Philanthropies. We have some amazing stories to tell and thought that film would be a very effective way to tell some of those stories. We thought that FROM THE ASHES was an interesting way to draw some attention to the work that we are doing, specifically with the Sierra Club and its Beyond Coal campaign. We are thrilled that National Geographic is going to distribute it globally, and we are exploring other ways to promote the film through our relationship with Radical [Media]. We are also looking at ways to reach out to communities and leverage our relationship with both the Sierra Club and other environmental groups. 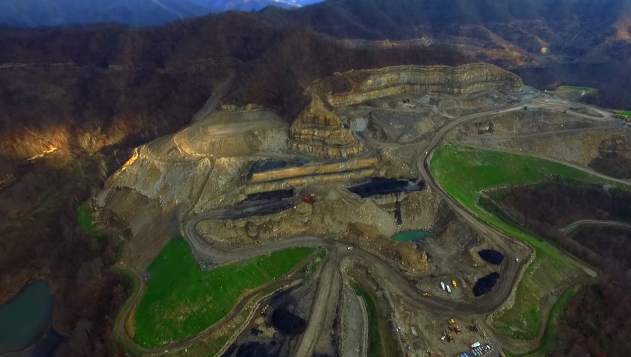 S&F: Michael, how did you approach making a film about science?

Michael Bonfiglio: I relied on people who are a lot smarter and more knowledgeable than me. I wasn’t brought on because I am an expert in any of this. We had incredible support from Bloomberg Philanthropies; my producer Sidney Beaumont and co-producer Rachel Koteen are far smarter than I am, and we were all able to work together and get the correct information out there.

What I was interested in were the personal stories of people who are living with the effects of coal day-to-day. I wanted to know what it was like to be concerned that you are going to lose your job, or to have lost your job based on the whims of an industry that has traditionally been completely boom and bust. We wanted everything to be science and fact-based. Bloomberg is incredibly data-driven, so having them as our partner on this helped guide a lot of the approach. I hope that the film succeeds in bringing a strong amount of scientific information to an audience while also engaging people. 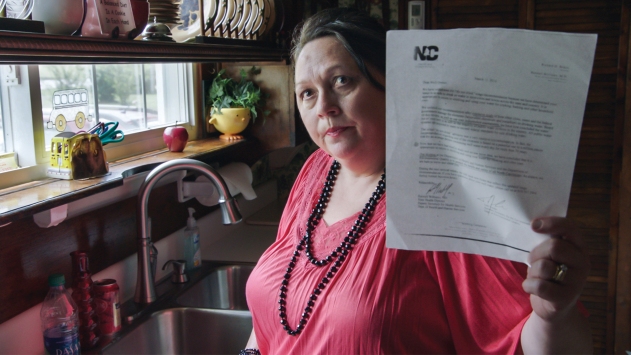 S&F: Katherine, it is interesting that as Commissioner of the Mayor’s Office of Media and Entertainment you started the Made in NY program, but that Bloomberg Philanthropies hasn’t supported film until now. How did your experience help in terms of producing FROM THE ASHES?

KO: I started my career as a journalist so I think that the storytelling bug is in my veins. I’ve had the opportunity through Bloomberg–at the company, at City Hall, and now at the Philanthropies to think about interesting ways to tell stories and promote initiatives using entertainment and technology. I started at the company building the brand of Bloomberg radio and television, then we went to the City and our brand was the City of New York–and what better way to promote the City than through the creative community. That is why Made in NY, which put the spotlight on the creative community as part of Mayor Bloomberg’s economic development strategies after 9/11 was critical and it worked. The business is booming so we couldn’t be more proud. Now it is a great thrill and honor to be able to go to Bloomberg Philanthropies where there are a lot of stories that haven’t been told yet.

We have never done a film before so that is why we needed to reach out to the creative community–Radical–to help us. It is also great for me to then partner with organizations like National Geographic which used to be our customers in New York. The icing on the cake is to premiere the film at the Tribeca Film Festival. It all came together so that is why last night’s premiere was a special night. We have a rich history of supporting this industry, and so we couldn’t be happier.

S&F: I was curious why nuclear power wasn’t discussed at all in FROM THE ASHES? There are a lot of people who think that ultimately nuclear will be the energy source that replaces fossil fuels. Did you consider including it?

MB: We didn’t. We really wanted to focus on coal and on the transition away to renewables because that certainly seems to be the way of the future looking in the long, long term. The technologies have improved, the prices have fallen, and renewable energy has been theoretically proven to be able to power the entire world. Personally, I think that there are risks associated with nuclear that just simply don’t exist when you are talking about solar and wind. When more obviously clean, sustainable, renewable, economically viable solutions are there, why not go after those things?

S&F: What you about you, Antha?

AW: We haven’t worked on nuclear. In just the last five years, less time than we’ve been supporting the transition off of coal, the price of solar has dropped by 80%. So I think the landscape has changed rapidly around these issues. 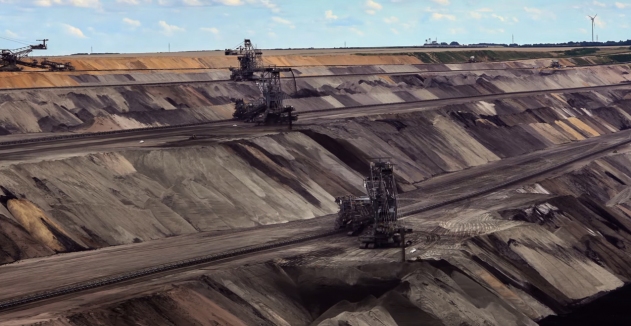 S&F: How did you decide to include Brandon Dennison’s organization, the Coalfield Development Corporation, in the film?

AW: His organization and the Northern Plains Resource Council are among two of the best in the country at doing what they do. We were familiar with their work through the network of activists who work on coal.

KO: Mike Bloomberg announced a pledge and commitment to put his own money behind this, and the CrowdRise campaign is really exciting. However, it’s one thing to launch a campaign like this, but the illustration of the film makes it more real.

AW: The really cool thing about the Beyond Coal campaign is to be able to bring a whole new scale to these grassroots efforts. In the U.S. we have created a grassroots army on coal that is the envy of campaigners all over the world.

KO: I’ve gotten messages in the past few days after people have seen the film which say, how do I get involved? How do I become a mentor? It is not about writing checks; it’s about helping people. People are out of work, they don’t have a career future, but people want to help them reposition themselves. With the financial crisis in the U.S., which we felt here in New York, people had to find new paths. A lot of people are going through this. Technological advancements impact so many different sectors. I think that by making this pledge to train or retrain through the charitable initiative, the appeal is not just we need your money, but we need connections. That’s exciting. 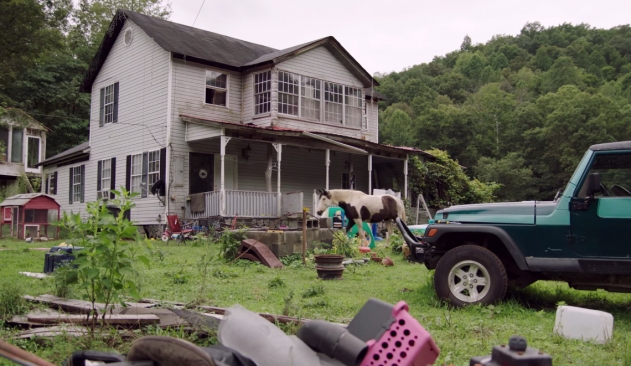 MB: There’s something interesting about Coalfield Development Corporation in particular. It’s not a charity. As a nation we need to repay these regions that have sacrificed so much for the growth of our country. It’s about working together as a nation to support one another when we need it.

FROM THE ASHES is directed by Michael Bonfiglio. It is produced by Sidney Beaumont and executive produced by Jon Kamen, Joe Berlinger, Justin Wilkes, and Katherine Oliver. National Geographic will start airing the film worldwide on June 25.