Haley Joel Osment plays an artificially intelligent being on a quest to become a real boy in Steven Spielberg’s 2001 film A.I. ARTIFICIAL INTELLIGENCE. The Museum of the Moving Image is showing the film in 35mm on June 16 and 18. Science & Film spoke with artificial intelligence researcher Dr. Ken Stanley about the film prior to the screening.

Science & Film: Haley Joel Osment’s character David is not human, but he does have emotions. Is it possible for machines to have emotions?

Ken Stanley: Today there is no technology that is any kind of accurate approximation of human emotions. There are theories about what may be the mechanisms behind emotion that some A.I. researchers are investigating. But that is not in the mainstream right now because we are so far from being able to program that.

S&F: Why are emotions useful for people?

KS: A.I. researchers call emotions a heuristic, or a rule of thumb. If you think about something logically it takes time, and sometimes you don’t have time. Emotions might be a way to get to a decision quickly. But that explanation leaves out the feeling that accompanies the decision. I think we are still really far from any kind of deep understanding of human emotion that would apply to artificial intelligence. 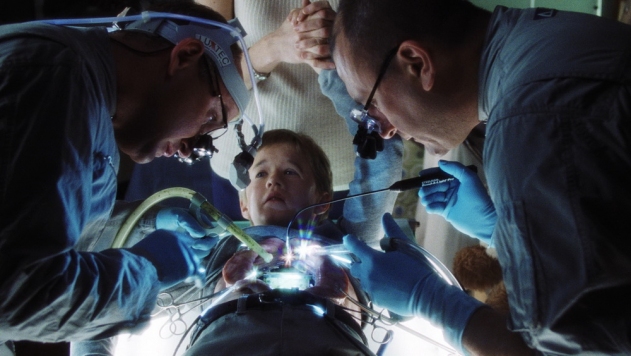 S&F: Are you interested in how A.I. technology can be applied to help people, or do you study it because you are curious about the mind?

KS: Both. I definitely feel curious about how things work–especially thinking, which is mysterious and amazing. It has proved difficult to make it happen in a machine and I want to understand why. I also want to find ways that this can be helpful to people so that we can improve civilization and society.

S&F: The film’s portrayal of A.I. is pretty terrifying in the end, because people go extinct.

KS: That is very common in the movies; A.I. is almost always terrifying. If you compare Spielberg's A.I. to different movies out there like TERMINATOR, it is actually one of the better stories for A.I. In the movie, it outlived people, and perhaps replaced people and made us obsolete. It also seems like it got out of hand. Those are really common themes in science fiction. A.I. researchers are so far away from those science fiction themes. So, that means that to some extent the public is exposed to a lot of stuff that can be perhaps troublesome but is not an immediate concern.

There are things we should be worried about. The economic implications are probably the most significant in the short term–things like job replacement. In the very far future, it is anybody’s guess what could happen.

Dr. Ken Stanley is an associate professor of computer science at University of Central Florida and the director of the Evolutionary Complexity Research Group. His is the author of Why Greatness Cannot Be Planned: The Myth of the Objective. Steven Spielberg’s film A.I. ARTIFICIAL INTELLIGENCE stars Haley Joel Osment, Jude Law, Frances O'Connor, Brendan Gleeson, and William Hurt. It will be projected at the Museum of the Moving Image on June 16 and 18 as part of the summer series “See it Big!” For more on Spielberg, read Science & Film’s interview with paleontologist Dr. Jack Horner on JURASSIC PARK.