Stuart Staples, lead of the English band tindersticks, makes microorganisms dance within his new film project. MINUTE BODIES: THE INTIMATE WORLD OF F. PERCY SMIITH is an hour-long compilation of documentary films by F. Percy Smith; Stuart Staples directed the film and tindersticks did the musical score, along with musicians Thomas Belhom and Christine Ott.

F. Percy Smith shot some of the first stop-motion film via time-lapse photography over 100 years ago, from 1908 to 1943. He was self-taught, and through methods of trial and error invented techniques to film at microscopic levels how flowers grow, plants open, or animals behave. He used cinema as a tool to study the natural world, and his films were shown in both educational and theatrical settings.

Staples has long worked in film; he has scored six of Claire Denis’ films, and a seventh which premiered at the 2017 Cannes Film Festival. MINUTE BODIES, which Staples co-edited with David Reeve, is being released by the British Film Institute. Science & Film spoke by phone with Staples who was in Paris.

Stuart Staples: He was somebody who, from a young age, was obsessed with nature. During his life there was an explosion of photography and moving images; I think he managed to bind those things together and create things that nobody had ever seen before. That was a rare moment in time where he was the right man in the right place. He built a lot of his own instruments, especially for the time-lapse films. He was a bit of a pioneer of that. Some filmmakers still don’t know how he made some of the shots because there are time-lapse sequences where the camera actually moves as the plant grows. 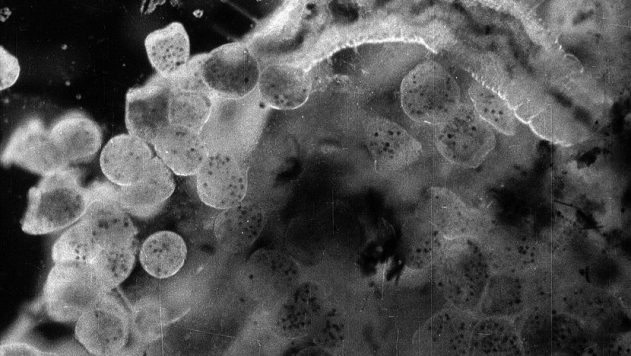 S&F: Do you respond to F. Percy Smith’s films as entertainment or education?

SS: Percy was funded to make educational films. For those films to be educational they needed to tell a story–to describe the action with captions, with long shots, with music, and sometimes voiceover. What really fascinated me when I first saw Percy’s work was the relationship he had with his subject. And that is part of every film, if he is making a film about mold, or about the lifecycle of a newt. I think that was very laborious, patient work that he more or less did on his own. He wanted to educate, but I think now we look at the original films and can’t help but feel how dressed they are in the aesthetic of the day.

SS: One of the things I wanted to do was to get down to Percy's pure photography of his subject, what he was interested in, because I think that is timeless. It is something that even with today’s technology people would struggle to do. Percy was so driven to capture the thing that he wanted to capture but had very crude instruments. The images that he actually managed to get are so full of that struggle, that patience, and that integrity.

S&F: He had an artistic spirit it seems, at least in so much as he was following his curiosity.

SS: I don’t think he ever thought of himself as artistic. He didn’t come from a well-to-do background. Even for me, growing up in a working class neighborhood in the middle of England, having pretentions to be any kind of artist was not on the agenda. So I tried to think about what it was like in the turn of the century in that way. We look at these images now and I think one of the first things which will spring to mind is some kind of art, but I just don’t think it was made in that way. I think he was looking to capture something to share. The more I worked on MINUTE BODIES I kind of felt Percy was like a boy scout, with a boy scout’s curiosity. 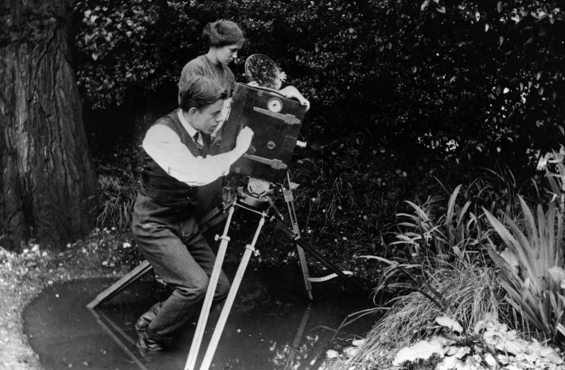 S&F: Did you talk to anybody who knew him? It sounds like you felt connected to him.

SS: I made this film with a co-editor, David Reeve, and we are so different. He wanted to know everything about Percy. A long time ago, I was invited to meet Townes Van Zandt who was one of my heroes, but I was not interested in meeting him. His work is enough for me and still is; I didn’t feel a need to want more from him. It took three years to make MINUTE BODIES and it could have fallen apart at any point; there was nobody bankrolling it in any way. The thing that kept it going was the pure desire from myself, David, and the musicians involved to keep returning to Percy’s work. It was something to get engaged with and enjoy.

S&F: How did this work compare with the film scoring work you have done for Claire Denis?

SS: When I am working for Claire, the work is trying to help her reach what she is looking for in a scene and try to get to that point with her. She has never said to me, I want music here that is like this or that. She is always open to how it affects me or the rest of the band. With MINUTE BODIES, it was different because I was working on the image and the music. There was a real conversation of the music affecting the image and the image inspiring the music. It was always evolving together.


The British Film Institute is distributing the Blu-ray of MINUTE BODIES: THE INTIMATE WORLD OF F. PERCY SMITH. The digital album is available via Bandcamp, as are limited edition records and CDs. MINUTE BODIES is directed by Stuart Staples, co-edited and produced by Staples and David Reeve, with a musical score by tindersticks, and Thomas Belhom on percussion and Christine Ott on piano and the 1928 electronic instrument the martonet.