There Is No Planet B: Climate Change on Film By Sonia Shechet Epstein | June 6, 2017

People are impacting the environment at a larger scale than ever before; the Earth can expect more extreme weather events and longer periods of drought, among other deleterious effects. The Paris climate accord is a pledge of every nation in the world except for Syria, Nicaragua, and the United States to work actively to reduce greenhouse gas emissions, predominantly carbon dioxide, which humans produce. On the occasion of the U.S. withdrawal, here is our selection of 12 fiction films which integrate environmental change into the plot; they are all dystopian.

SOYLENT GREEN
Directed by Richard Fleischer. 1973. Overpopulation and extreme heat make New York a very uncomfortable place to live in 2022. Fossil fuels have created an enhanced greenhouse effect. Water and food shortages have forced the government to create a food substitute that is made…from people.

THE DAY AFTER TOMORROW
Directed by Roland Emmerich. 2004. Climate change has continued unchecked and altered the Atlantic Ocean’s water currents. Resultant extreme weather events have created another Ice Age. The U.S. government ends up in exile in Mexico. 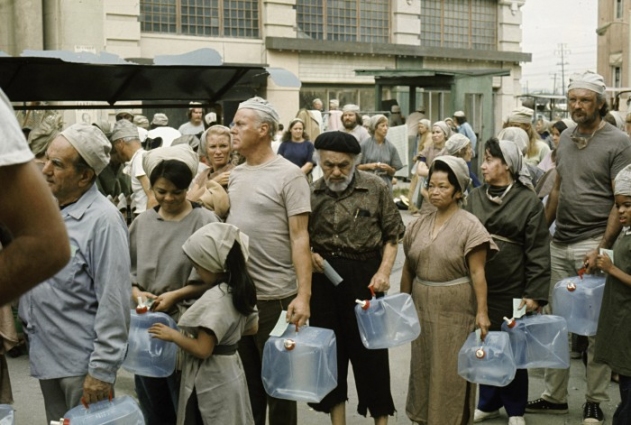 INTERSTELLAR
Directed by Christopher Nolan. 2014. Life on Earth is unsustainable after widespread crop blights; only corn and okra still grow. A group of interstellar travelers look for a new home.

2030
Directed by Minh Nguyen-Vo. 2014. In 2030 Vietnam, the country is flooded and most farmlands are gone, so communities are trying to find a way to genetically engineer plants to grow in salt water.

SILENT RUNNING
Directed by Douglas Trumbull. 1972. All plant life on Earth is extinct, but select spaceships house greenhouses to preserve the surviving plant species in the hopes that they will one day be able to repopulate earth. One astronaut, a botanist in charge of a greenhouse, would kill to save his plants.

YOUNG ONES
Directed by Jake Paltrow. 2014. The United States is suffering from an extended period of drought and the state controls the water supply.

SNOWPIERCER
Directed by Bong Joon-ho. 2013. Society has made a failed attempt to curb global warming and has instead created another Ice Age. No life can survive outside. A train harbors the survivors; a despotic engineer governs the train and makes living conditions unbearable for those in the back.

THE ROAD
Directed by John Hillcoat. 2009. A global catastrophe extinguishes most plant life leaving humanity in a state of desperation. 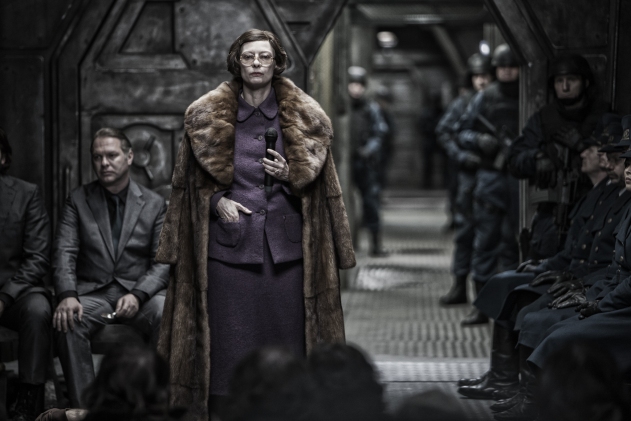 WATERWORLD
Directed by Kevin Reynolds. 1995. Polar ice caps have melted and most land is submerged in water. People live on floating structures, and a lone sailor tries to survive.

WALL-E
Directed by Andrew Stanton. 2008. In 2805, people have abandoned Earth to live on corporate-run spaceships. A trash-compacting robot unexpectedly finds a plant seedling.

HELL
Directed by Tim Fehblaum. 2011. Solar flares have destroyed the earth’s atmosphere. It is dangerously hot, and food and water are scarce.