Depression, anxiety, or bipolar disorder are often best treated with a combination of medication and psychotherapy. AARDVARK stars Zachary Quinto as Josh, who seeks help from a clinical social worker, Emily (played Jenny Slate). Josh presents with hallucinations and paranoid thoughts, and has been prescribed medication but is often noncompliant. Josh’s brother Craig (Jon Hamm) comes to town out of concern for his brother but starts sleeping with Emily. AARDVARK is writer and director Brian Shoaf’s directorial debut. The film made its world premiere at the Tribeca Film Festival; Science & Film spoke on the phone with Shoaf following the premiere.

Science & Film: Why did you decide to make Emily, Jenny Slate’s character, a bad therapist?

Brian Shoaf: Emily was at a point where, as Craig says in the film, she had lost context; she spent so much time in a world of her own invention. In her home office she sold herself as being an expert on interpersonal relations, but we see that when she leaves that little world she is not particularly skilled in that department. Increasingly, she is seeking to find some sort of connection or validation within that little world. For Josh to enter that world, and seem very willing to be a part of it, I think that is very appealing to her and she loses perspective and wants to believe that is possible until eventually she realizes that it is not. But, why do we call her a bad therapist? It’s an issue that’s twofold.

BS: I think a therapist could look at [her behavior] and from three to four minutes into the movie they could say, I’d never do that. When Josh tells Emily that his brother is an actor and she says, is it somebody I’ve heard of? I think she’s probably already crossed a line and it is the first scene of the film. Obviously, it spirals from there. 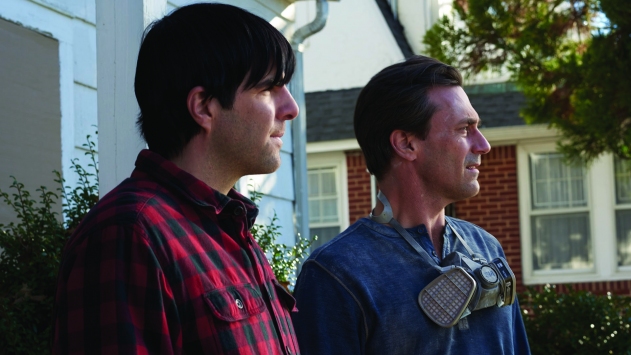 S&F: How did you decide what Emily was going to do?

BS: It is not that Emily is based on a real person, but I’ve heard some stories and there are some pretty weird therapists out there, and ones who do some pretty dodgy stuff. I hope that somebody watching this would go, I would never do that, but I don’t think that means it would never happen. So there are these red flag moments. But, on the other hand, Emily comes to really care about Josh. This is probably much more relatable and where there is a lot of gray area in psychotherapy. She feels empathy toward him and a genuine personal concern for his well-being. To me, this represents a different kind of ethical dilemma. How much is she allowed to care? This also goes somewhat into my personal thoughts about the matter, which is that the only hope for therapy is through empathy. I don’t know that purely cold, clinical analysis is the solution particularly as the severity of the illness on the patient side increases. But that’s a personal belief.

S&F: I used to work for a neuroscientist who started as a psychiatrist and he always made the argument that psychiatry is important even for people with schizophrenia and bipolar disorder who need medication too. The process of therapy changes your brain too. In the film, Josh’s treatment seems very specific to him.

BS: I wanted to tell a story that somebody who is bipolar, or who is schizophrenic, or who, as Josh describes himself, doesn’t feel he fits any of these labels. There are so many hybrids; at one point Craig mentions schizoaffective disorder. There are classifications within classifications. I wanted that someone to be able to watch the movie and feel good about it; I wanted that person to be able to find something in Josh that they relate to, or that maybe they wish they could express and can’t.

I have people in my own family who suffer from serious mental illness. I don’t, and I’ve never been the primary caregiver, so I am a step removed from that. I think some people have viewed the fact that Josh refuses to specifically categorize himself as being overly cutsie on my part, but I actually took that very seriously. When we are talking about these behavioral issues and the potency of someone’s imagination, I think it becomes very personal and people don’t just want to be a diagnosis. Although, I know to family members particularly there can be a huge relief in finding a diagnosis. 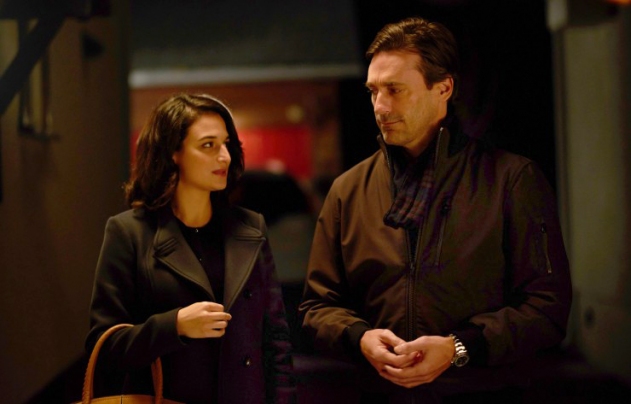 S&F: Did you do any research for the film regarding various treatment options?

BS: I did some research into a program started in Finland in the 1980s called Open Dialogues. It was for treating psychosis through psychotherapy, but also by group therapy, and involved family members. Apparently, it was a wild statistical success. Many types of psychosis never really go away. That is another thing that is important in the way Josh talks about himself. He is talking about something that happened but also something that is happening now and will continue to happen for the rest of his life.

So the question as far as treatment for psychosis is concerned is, if you’re trying to measure outbursts or episodes, does the incidents of those drop? This Open Dialogue program was immensely effective in giving people coping systems. I don’t think it means there’s an absence of medication, but it’s medication in moderation and then this therapy system. There was a program in New York City called Parachute that took a very similar approach and had some success.

There was something really interesting that came out when we were prepping to shoot the film in October of 2015: it was the first long-term study of one-to-one psychotherapy with severely mentally ill people in the United States that had the specific goal of reducing medication and increasing talk therapy. Based again on incidents of psychotic episodes, the results were apparently staggering in terms of effectiveness. The problem is it suggests that people have the time and resources to engage with these issues in this kind of way.

S&F: And that the health care system supports that.

BS: Right. You’re talking about a type of therapy that is fairly intensive. I really wanted to tell a story about a group of individuals who are torn between being individuals in their own worlds and actually wanting companionship and interactions with other people. I think that’s where the conflict in the story comes from. It comes from going from that insular space into having to deal with other people. It was a very risky approach as a filmmaker because a lot of the conflict in the story is generated within the characters themselves, so I am asking for a little extra on the part of the audience to go into the heads of these people. But that is how I wanted to present the illness, as something that is ultimately very personal for the sufferer and for the family, and that there shouldn’t be a blanket attitude or treatment.

S&F: Jon Hamm and Jenny Slate are great actors and also comedians. That was an interesting choice to cast them. Do you see humor in the film?

BS: I hope there’s humor. I think it’ll be a challenge for the movie moving forward as to how to present it. I think the humor works best when it surprises you because seldom is it set up, joke, punch line. The more you engage with it, the funnier it becomes, because you are watching these characters try things, fail, and try again and there’s an inherent humor in that. I will say that watching it at the Tribeca Film Festival with very full, receptive audiences I felt humor was certainly there and that was very exciting.

S&F: What’s happening next with the film?

BS: We came to Tribeca under wraps. No distributors had seen the film prior to its premiere, and I know since then it has been making the rounds of distribution companies. I am just hopeful that it is distributed and more people get to see it. We did not submit to any other festivals so that whoever does distribute can have more leeway to decide how they want to position the film moving forward.