Icaros: A Vision at Metrograph By Sonia Shechet Epstein | May 18, 2017

Set in the lush forests of the Peruvian Amazon at a healing center run by members of the local Shipibo tribe, ICAROS: A VISION is a new film which visualizes ayahuasca hallucinations. Premiering in a weeklong run in May at the Metrograph theater in New York, the film is by a trio of contemporary artists and is based on real-life circumstances. Directed by Matteo Norzi and the late Leonor Caraballo, production on the film began with of their search for treatment when Caraballo was diagnosed with breast cancer. Co-writer and producer Abou Farman was Caraballo’s partner.

ICAROS: A VISION incorporates medical imaging as the main character, an American woman, came to the center hoping to find an alternative treatment for her breast cancer. Some of the inspiration for those images, Farman told Science & Film in a previously published interview, “came out of a project I did with Leo called Object Breast Cancer. In the project we devised our own technique to go into MRI images and remove the tumor and turn it into a 3D object which we then 3D printed. The doctors were very much involved in that process. When they saw the objects they realized they had only been looking at tumors on the 2D axis and that volume might be a better indicator of several things.” The sculpture of the tumor has been exhibited in New York including at the CUNY Graduate Center gallery. 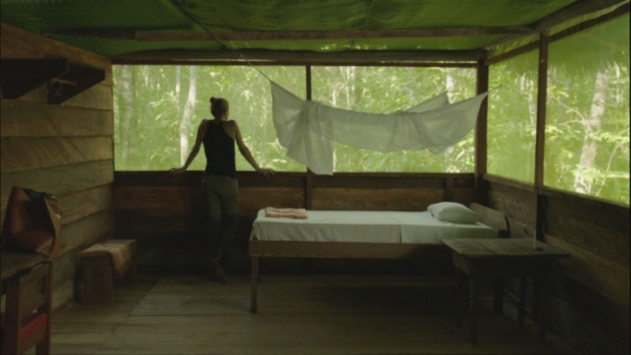 From May 19-25 ICAROS will be screened at Metrograph. It stars Ana Cecelia Stieglitz and Filippo Timi. For more, read Science & Film’s interview with Farman and Norzi.