A new film series at the Metrograph theater in lower Manhattan is centered around the 1995 anime film GHOST IN THE SHELL, and focuses on depictions of technology in cinema. (GHOST IN THE SHELL was remade into a live-action film starring Scarlett Johansson which opens theatrically on March 31.) The series, called “The Singularity,” was programmed by Aliza Ma. Spanning almost 90 years, it ranges from Fritz Lang’s 1927 METROPOLIS to Alex Garland’s 2015 film EX MACHINA. Science & Film spoke on the phone with Ma about her selections.

Science & Film: How did you choose to focus on depictions of technology in science fiction for “The Singularity” series?

Aliza Ma: I think the original GHOST IN THE SHELL is a watershed movie. When I saw that there was going to be a live-action film, I wanted to do a counter program. It started as a desire to pivot the attention from the new film. I booked the original film for a weeklong run at the end of March before the new film comes out. That will be showing once a day as the centerpiece of the program.

Looking back at GHOST IN THE SHELL, there are many aspects to the design of the film which were incredibly portentous; the way that the city is a layered hybrid of Tokyo, Hong Kong, Shanghai, and New York. It seems insane that was made in the ’90s. It influenced so many other films that I wanted to unpack that a bit. I wanted to find other films that relate to it, are adjacent to it, and also were influenced by it. So that is how the selection process happened for the rest of the program. 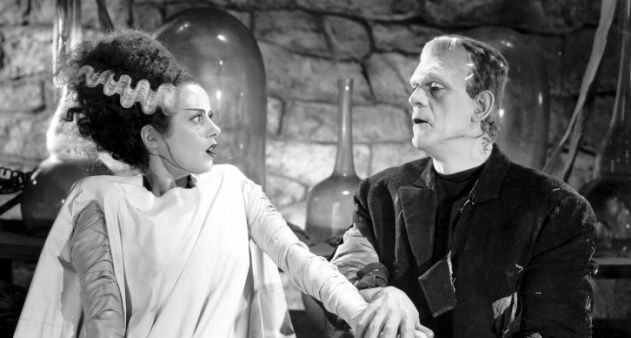 S&F: Why did you choose METROPOLIS as the first film?

AM: Early cinema explored the idea of the machine man. In METROPOLIS and BRIDE OF FRANKENSTEIN, people look at machines and at manmade creations with complete disbelief. There is something inscrutable about them despite the fact that humans created them. They are horrifying and also astonishing. They sometimes take on human form, but are not human. I think all of it is fascinating.

S&F: How did the directors in “The Singularity” program use film technology to further their storytelling?

AM: METROPOLIS exploits the photographic possibilities of its time. It was a very technologically impressive film. The same thing is true about 2001: A SPACE ODYSSEY and BLADE RUNNER. There is something about the portrayal of technology in film that brought the filmmakers to advance the technology of filmmaking. EX MACHINA is a very subtle example of this. It is very visually impressive. At the time it was made, GHOST IN THE SHELL was a completely new look for an anime film because it had a mixture of hand drawn animation and computer graphics, not computer-generated animation. No one had done that before.

S&F: That could be said of TEKNOLUST too. Lynn Hershman Leeson made an AI extension of the film called “Agent Ruby”.

AM: True. Lynn Hershman Leeson will actually be joining us.

S&F: I noticed she is one of two women in your series.

AM: There are not too many women working in genre filmmaking. 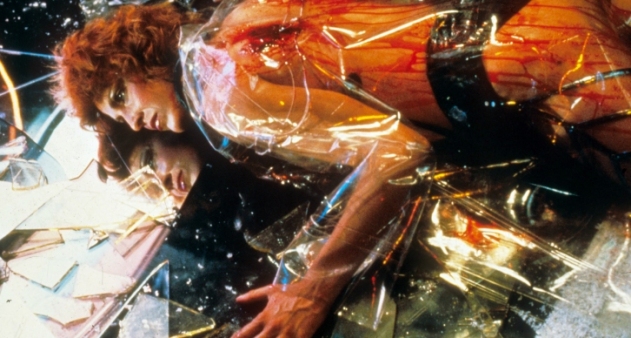 S&F: Were there any films you wanted to show that for some reason you couldn’t?

AM: I almost couldn’t book BLADE RUNNER because they have taken the original out of release in anticipation of the sequel. For the month of March I would have loved to show that, but it was not available from the studio until April.

S&F: Are you more optimistic about the BLADE RUNNER sequel than the GHOST IN THE SHELL remake?

AM: I think in both cases they are just such perfect films for what they are that the idea of mining more from the original material seems redundant. But studios love sequels and prequels.

S&F: There is a built in audience.

AM: I guess. But you’re tapping into a film culture that is pretty obsessed with authenticity so I’m curious to see how it will be received. 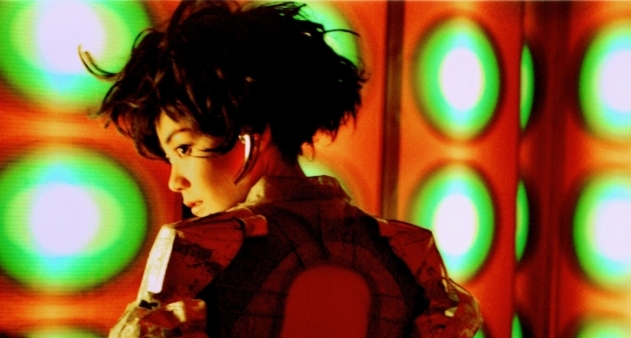 S&F: How might the culture be more receptive to these films now?

AM: I don’t think GHOST IN THE SHELL did that well when it came out. It is a film that has accumulated a lot of cult status over the years. Given that there is an audience for the work now, I wonder how that audience will receive something that is similar but not really the same. I appreciate EX MACHINA because it is such an original film. It is a film with, in my mind, a perfect ending. When I watch it, I think of this amazing legacy of AI films in film history. You can converse with that history without remaking these same films over and over.

S&F: Who do you expect your audience for “The Singularity” to be?

AM: I am hoping to get a crossover audience. 2001: A SPACE ODYSSEY is pure cinema and you could show it year-round and it would have an audience. Hopefully parents take their kids, and hopefully we get young cinephiles coming out. For the other films, I don’t know. Some of these are very direct genre films so I am interested to see if we get audiences for them. At the same time, I don’t think people think about Wong Kar-Wai’s 2046 in the context of a cyborg film. I am also interested to see what the reception of THE MATRIX will be. Sometimes it is too soon for a late ’90s film but sometimes people really respond to it. It kind of feels current again.

“The Singularity” runs from March 17 through April 3, 2017 at Metrograph. It begins with screenings of 2001: A SPACE ODYSSEY. Aliza Ma is the Head of Programming at Metrograph, which is located at 7 Ludlow Street. She came to the theater from Museum of the Moving Image where she worked with Chief Curator David Schwartz.

Stay tuned to Science & Film for an article on the original GHOST IN THE SHELL by a cyborg.