George Lucas’ visually stunning first film, THX 1138, is set in an underground city where the population takes pills to suppress their emotions. There is no romance, and everyone is industrious. When THX 1138 (Robert Duvall) stops taking his medication he loses his ability to focus, falls in love with his roommate, and becomes a social outcast. Science & Film spoke by phone with Dr. David Anderson who runs a research group at the California Institute of Technology to study neural circuits in the brain associated with emotional states.

Science & Film: Given that you study emotion, behavior, and the brain, is there anything about the premise of THX 1138 which rings true?

David Anderson: Are there drugs that block emotions? It depends on how you define and measure emotion. Right now we don’t have an emotion meter that we can use like a thermometer to look at what a person’s emotional state is. The only way to assess the aspect of emotion that people colloquially refer to, which is the subjective feeling of emotion, is by verbal report, and verbal report can be misleading and is subjective. It is a difficult question to answer.

There is anecdotal evidence that SSRIs [Selective serotonin reuptake inhibitors] like Prozac and Paxil can blunt people’s emotional responses. The way that I have thought about it is: if you think of emotion as being a wave that goes up and down, these drugs slice off the peaks and valleys. You are still having oscillations but your highs are not as high and your lows not as low. This is really not hard science at this point. There are studies in rats where people have looked at fMRI signals when rats are interacting with another male or female, and the fMRI shows that rats on an SSRI have a huge reduction in the bold signal that is produced in response to seeing a rat. Does that show us evidence of emotional blunting? We really can’t say because we do not know what fMRI signals really mean, and even if we did, how could we say that the signals we see in the brain of a rat are signals of subjective emotion? We can’t ask the rat how it feels. 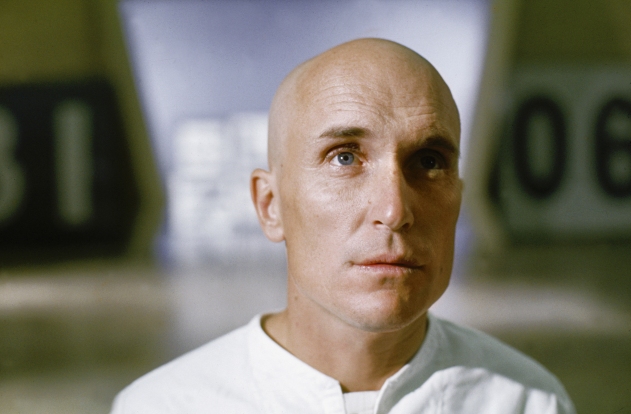 Benzodiazepines like Valium are used to reduce anxiety. There are studies that look at parameters associated with anxiety like dry mouth, racing heartbeat, or galvanic skin conductance, as well as verbal report, and the reason these drugs are proof of anxiety-reduction is when you give an anxious person one of these and you ask them how they feel, they say they feel less anxious. These drugs may be targeting an anxiety system, not emotion in general. That is not an example of a drug that reduces emotionality.

S&F: How do you define emotion?

DA: I study animals and the parts of emotional responses which are not subjective. These are the parts which involve increases in blood pressure, heart rate, freezing behavior, aggressive behavior, and associated internal states like arousal. The view of myself and my colleagues is that there is a strong case to be made that emotions are internal states which exist independently of whether the organism that has them can describe them with language. Humans are the only organism on the planet that can describe its internal state with language. So, if you use that as the restrictive definition then you can’t study emotion in animals, only in humans, and that means the study of emotion is relegated to a part of neuroscience where it is off limits to all kinds of powerful technologies for understanding how the brain works–like optogenetics and calcium imaging. More importantly, we argue that a subjective report is just one of several readouts of an emotional state. Other readouts that are common to humans and animals are facial expressions, vocalizations, heart rate, and blood pressure. Darwin noted all of these things in his book on The Expression of the Emotions in Man and Animals, so Darwin believed that animals had emotional states that were expressed by their behavior. If you view emotion in that way and subjective report is just one readout, then as long as you have consistent criteria you can study emotion in an animal. 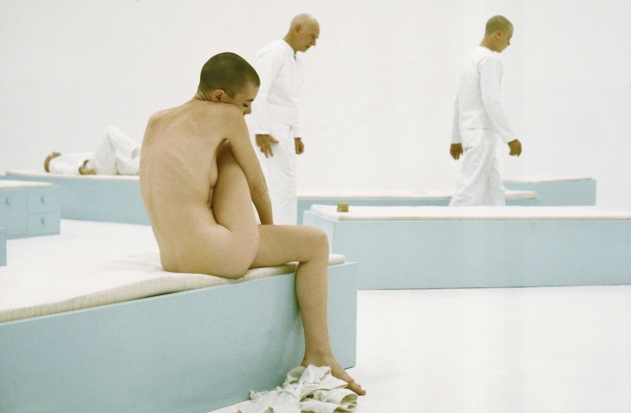 Another aspect of this argument is, if you reserve emotion to the subjective experience of a feeling state then you are basically saying it requires conscious awareness. Then, the problem of emotion just becomes a special case of the consciousness problem, and we do not understand what consciousness is. If you want to understand consciousness there are relatively simpler systems to study. For example, there are aspects of visual perception that are related to consciousness. Most of the people that work on the problem of consciousness, including Frances Crick when he was alive, tackle it through the visual system and related processes like visual attention and awareness, because they are psychophysical tools and so are more objective.

For all of these reasons my colleagues and I think it is legitimate to study emotional states where they are defined as an internal brain state that has certain properties, persistence, and scalability that vary in intensity. They last after the stimulus, they affect other things you do in other contexts and settings, and the same emotion can be triggered by multiple types of sensory inputs. If you can apply those criteria you have something you can study in an animal model independently of whether there is a subjective feeling component that can be measured or not.

S&F: Have you named the emotions you are measuring?

DA: I would say we study defensive states of arousal or threat alert that are probably closely related to fear in humans. If you say that fear doesn’t require the subjective experience of fear, then yes I study fear states in animals–in flies and mice. The recent paper we published had some of the first quantitative evidence that pointed to the idea that when flies escape from a threatening stimulus like a looming flyswatter, they don’t simply display a reflex but that under certain conditions, when they are exposed to the same stimulus and they can’t get away, they get into a persistent state of hyperactivity where they continue to run around and to avoid eating or mating. The stronger the initial stimulus, the longer the flies take to calm down. So that starts to look like it has some of the features of an internal emotional state that serves to put the animal in a state of heightened threat alert or defensive arousal. 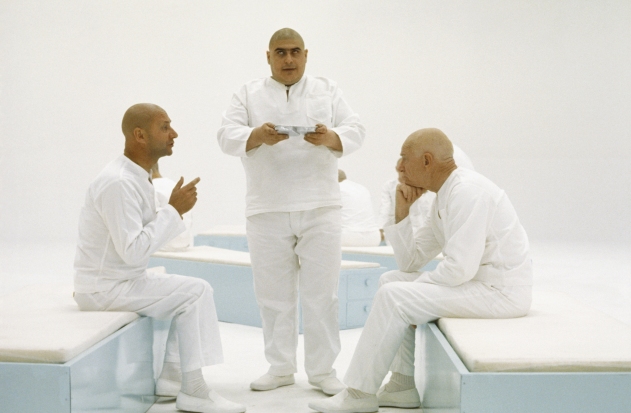 S&F: What about in THX 1138, do you think there could be a drug to suppress emotion?

DA: I would be surprised if you could come up with a single drug that could eliminate all emotional responses. Even in the case of SSRIs, we really can’t say whether they are affecting emotions per se. Are they affecting the quality of the emotion that you feel? Or are they affecting is the intensity of the emotional state, which may be more related to arousal than it is to an emotion. That again brings up difficult questions, like whether arousal is a dimension of emotion or whether it is a different kind of state.

THX 1138 was projected in 35mm on February 11, with an introduction by MoMA’s film curator Josh Siegel, at the 2017 Berlin International Film Festival. THX 1138 is written, directed, and edited by George Lucas, and co-written by Walter Murch who also did the sound design. The film stars Robert Duvall, Donald Pleasance, and Maggie McOmie.

Dr. David Anderson is the Seymour Benzer Professor of Biology at the California Institute of Technology, and an Investigator of the Howard Hughes Medical Institute. He is also the Director of the Tianqiao and Chrissy Chen Institute for Neuroscience and the Tianqiao and Chrissy Chen Leadership Chair. His current research focuses on the neural circuits underlying behaviors that are associated with emotional states, including defensive behaviors and male aggression.