The Retrospective section of the 67th Berlin International Film Festival (Berlinale) is devoted to science fiction. Twenty-seven feature films will be screened. According to the festival, the program “will showcase imaginary worlds in an imperfect future, the way the science fiction genre has conceived of them since its beginnings, with a focus on two themes–the society of the future, and the strange and Other.”

Science fiction films are often a response to the fears of the present moment. Science & Film will be at the Berlinale to cover the Retrospective films by talking with scientists working in the fields of technology, environmental studies, engineering, and more. The films include:

CLOSE ENCOUNTERS OF THE THIRD KIND, Steven Spielberg’s classic in which an alien landing causes pandemonium.

THX 1138, George Lucas’ first feature film in which the population of an underground society is controlled by drugs.

1984, Michael Anderson’s adaptation of George Orwell’s novel about a society under surveillance. 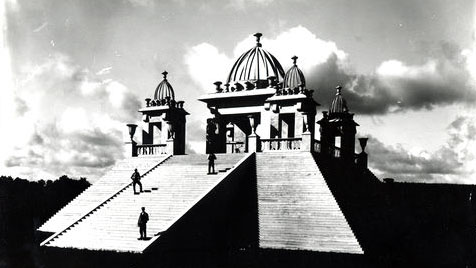 WAR OF THE WORLDS, Byron Haskin’s adaptation of H.G. Wells’ novel in which aliens invade the United States which tries to use nuclear weapons to defeat them.

A TRIP TO MARS, Danish director Holger-Madsen’s landmark 1918 about a group of astronauts who travel to the red planet and meet Martians.

WARNING FROM SPACE, Japanese director Koji Shima’s 1956 about a planet which is going to collide with Earth and so is destroyed using nuclear weapons. 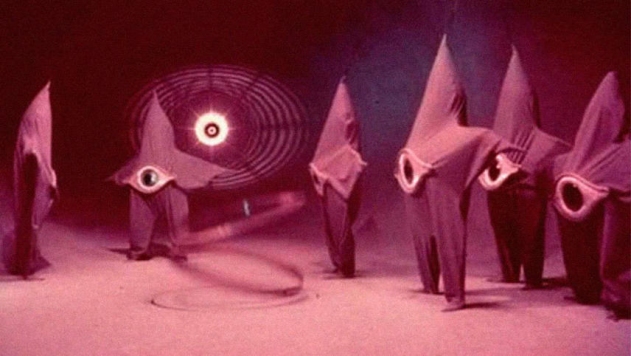 INQUEST OF PILOT PIRX, directed by Polish filmmaker Marek Piestrak the film is about a team of androids and humans which turn against each other on a space mission.

The Berlinale will take place from February 9 to 19, 2017. Science & Film will be reporting from the festival. The Retrospective is organized by Rainer Rother, who is the artistic director of the Deutsche Kinemathek. Check back for Science & Film’s interview with the Kinemathek’s curators about the exhibition “Things to Come.”