Life is “an object with a definite boundary, continually exchanging some of its materials with its surroundings, but without altering its general properties,” wrote cosmologist Carl Sagan in 1970. Forty years ago, NASA commissioned Sagan to create a gold-plated vinyl record–the record contained images and sounds of human civilization–to be launched into space for other life forms who might be curious about our civilization.

The Golden Record was aboard the Voyager spacecraft which went into orbit in 1977, and continues away from Earth at a speed of over six miles per second. Carl Sagan enlisted a team to help him choose what to include on the record. The team included writer Ann Druyan and her fiancé, the science writer, Timothy Ferris. Science Friday host Ira Flatow interviewed Ann Druyan and astrophysicist Dr. Frank Drake about what the record contained.

Among the items featured on the Golden Record were: “Johnny B. Goode” by rock and roll progenitor Chuck Berry, textbook images of human anatomy, and a recording of Ann Druyan’s kiss. She and Sagan later married. Druyan’s good friend, the author Jonathan Cott, introduced her to some of the music she chose to include. At the behest of Science & Film, Cott and Druyan exchanged notes about what took place, and she wrote, “you invited me to your friend Abram’s apartment in Amsterdam in 1971, and soon after I arrived you played for me the Vegh String Quartet's recording of Beethoven's ‘Cavatina’ from his String Quartet #13. It overwhelmed me with its beauty, and I asked myself how I could ever repay Beethoven for this sublime experience. When Carl asked me to be the Creative Director of the Voyager Interstellar Record, my first thought was that this was my chance to repay Beethoven by giving that piece of music the closest thing to immortality we have–a shelf-life of at least a thousand million years.” 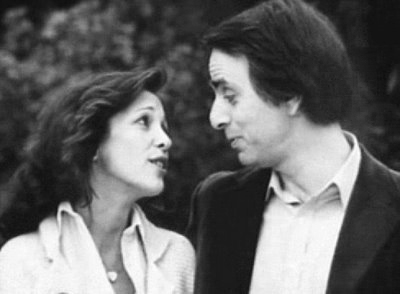 On Science Friday, Druyan’s collaborator Dr. Drake told Ira Flatow, “we were instructed to have no nudity on the record and also not to have any picture which depicted a religion, because they realized that putting any religion was going to antagonize people of other religions whose picture are not included.” Now, there is talk of what might go into a new Golden Record. Using technologies currently available, a memory stick could contain 1,000 times the information as was on the original vinyl. Meanwhile, an mp3 of the original Golden Record is in the making. 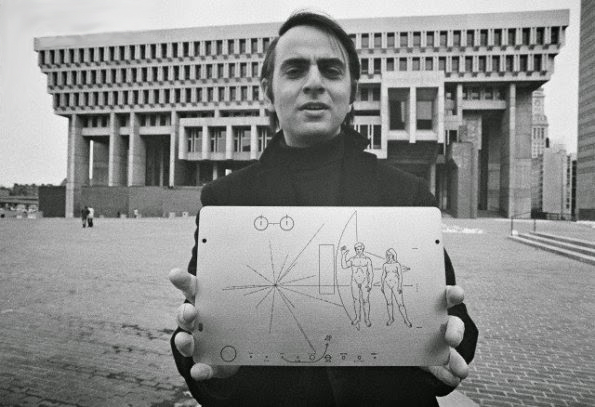 Science Friday producer Luke Groskin made a video inspired by the Golden Record, which can be viewed in 360 degrees on a virtual reality headset. The computer-optimized version of the video can be streamed below.

There have been efforts to turn the story of the Golden Record into a feature film. In 2011, screenwriter Noah Miller wrote SEND MORE CHUCK BERRY, which won a Sloan Foundation award. Zach Dean’s script VOYAGERS was on the 2016 Black List. The Golden Record figures into Peter Galison and Rob Moss’ 2015 documentary CONTAINMENT.