In Dutch director Paul Verhoeven’s (BASIC INSTINCT) dramatic feature ELLE, Isabelle Huppert plays the chief executive of a gaming company working on a new product for PS4. ELLE is not science fiction, like Verhoeven’s touchstone features ROBOCOP or TOTAL RECALL. However, the film does blur lines between fantasy and reality; while her job is designing games for play, Huppert’s character Michèle becomes immersed in a dangerous sexual fantasy. The film is adapted from the novel Oh… by Philippe Djian. The Museum of the Moving Image will screen ELLE on January 4 with Huppert in person.

Science & Film spoke on the phone with screenwriter David Birke about the role of technology in the film’s story.

Science & Film: In Philippe Djian’s novel, is the main character the head of a videogame company?

David Birke: No. In the book, she is a movie producer. In our initial discussion I said, and Mr. Verhoeven agreed, that having her be a movie producer would make the film a Hollywood movie in a way, it would put it in that genre. [Verhoeven] said he did not think her discussing scripts would be interesting visually either. Then, it was Verhoeven’s daughter who suggested that the character be a videogame producer. He asked me if I was comfortable with that and if I knew anything about videogames, and I have to admit I know zero about the business. I have played a lot of games, so I am pretty familiar with gaming culture. 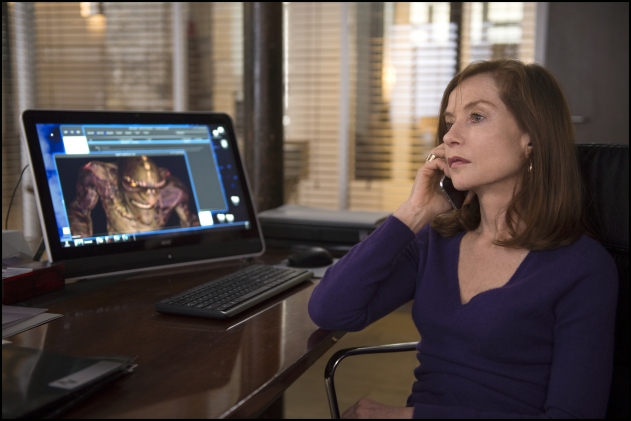 S&F: How do you think setting the film in the world of videogames changed the narrative?

DB: I don’t know whether part of [Verhoeven’s] calculation in setting ELLE in the world of videogames was because female sexuality and misogyny is such a huge thing with gaming culture. I don’t know whether he had that in mind, but it definitely did seem like a ripe setting for that reason, especially because the film is about a woman who is sexually assaulted and her job is making these games. Female empowerment can be fetishized by men, which is something we tried to make some fun of in the movie. The game that she is making is servicing that kink in a way. It seemed like an interesting thing to throw in the mix and there were possibly parallels to some of the things she was playing with in her life.

S&F: When you were writing the scenes and dialogue did you do any research?

DB: In terms of office culture, I just drew on what little experience I have in other industries and figured that the movie and videogame business is probably the same. In terms of actual videogames, there is one scene where there had to be some technical language so I did do a little research. I think it was about as involved as googling how videogames are made, and I read different articles about the technical issues people run into. In fact, in the movie there is one specific criticism that gets lodged at Michèle about her literary background not being appropriate to judging playability–I took that from an actual game review where they were saying the investment in the narrative was favored over the playability, which actually I think is a very common complaint. 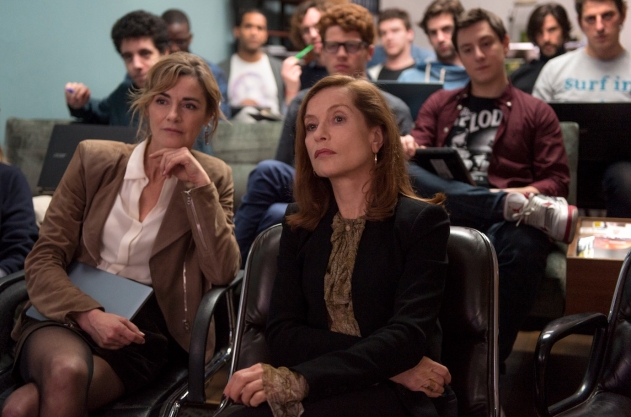 S&F: Were there any major challenges adapting the book into a script?

DB: I was really afraid that people weren’t going to get that it was supposed to be funny. Harold Manning did the translation, he did an absolutely brilliant job, but there were a few places where, but when I went back over the script with Verhoeven it became apparent that it's sometimes very hard for irony to survive the journey from one language to another. I had never encountered anything like that writing a script before because I had never been involved in anything that was translated into a different language.

S&F: Since it is a French film, why were you chosen to write the script?

DB: The original plan was to make it as an American movie, which was why they came to me. I wrote the script in English. They tried to get an American star and could not, but all along Isabelle Huppert wanted to do it; she had wanted to do it since she read the book and liked the book. She was waiting in the wings and then they finally decided they were fighting fate and happily made it a French movie.
When I watch the movie now, the subtitles are pretty much what was in the script. Isabelle Huppert actually does little things making it her own that are only there in French, which are terrific. I had one line where Michèle is talking about her father’s massacre and I wrote, you couldn’t make it up, and that’s what the subtitle says, but what she actually says is, who knows. The way she says who knows and makes this hand gesture, it is really funny. It’s funnier than the line I wrote. 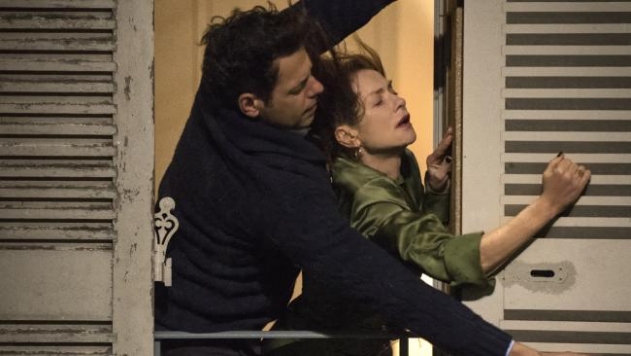 S&F: It is a very dark film. I wouldn’t have thought of it as humorous necessarily.

DB: It has a certain kind of cavalier attitude. It is not like, ha ha funny, but more like, oh well, that’s life. I have to say I have always been a Paul Verhoeven fan. The first movie with subtitles I ever saw was when my dad took me to see SOLDIER OF ORANGE. Then later, I saw a movie that Verhoeven doesn’t think was that great, called FLESH+BLOOD with Rutger Hauer. That film made such an impact on me, because you don’t know who the bad guys are supposed to be. In the movie, there are all these terrible things that happen but they are treated like a joke. It is kind of shocking and disturbing but it really made a big impression on me. I always had a Verhoeven-esque approach to writing spec scripts so it was a miraculous dream come true getting to write for him. The kinds of things that would get me in trouble working for other people clicked with him, not coincidently because I was modeling myself on him. That kind of mix of tones is what I always thought was interesting, and that is what he does naturally. 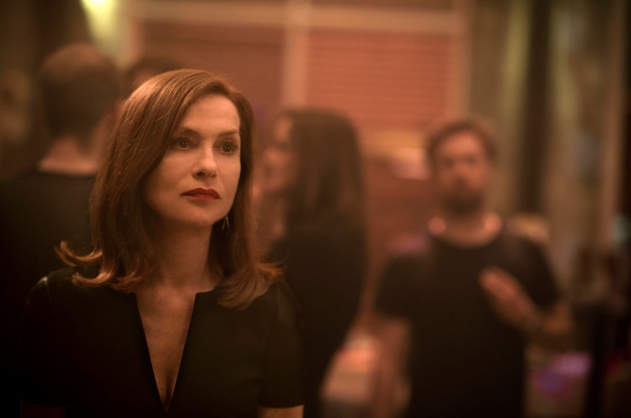 S&F: Were there any specific film references Verhoeven talked about for ELLE?

DB: I always was a big fan of Luis Bunuel and I think that Paul also talked about him as a reference. BELLE DE JOUR is similar–you don’t know what is tongue-and-cheek.

S&F: I write often about scientists or people who work in technology as characters in film, and how those film representations can change public conceptions of those professions. The way you portray a female executive who is also a complicated character with a rich personal life, to say the least, might have some cultural implications, wouldn’t you say?

DB: It is interesting to do a movie about a person with that kind of job, and that detail is just another detail about them. It would be interesting to make a movie about a nuclear physicist and then not use that in some way–to have it be about his father going into an old folks home and he has to deal with his crazy sister he hasn’t dealt with in ten years. That is what the story is about but he happens to be a Nobel Prize-winning nuclear physicist.

David Birke is a film and television writer based on the West Coast. His next project is a horror film SLENDER MAN, which will be released into theaters in 2017. ELLE premiered at the Cannes Film Festival, played at the New York Film Festival, and is now in theaters around the world. Isabelle Huppert won a Gotham Award and New York Film Critics Circle Award for Best Actress. Museum of the Moving Image will screen the film on January 4, 2017. The legendary Isabelle Huppert will be discussing the film with Chief Curator David Schwartz after the screening.