HÄXAN is a 1922 silent film written and directed by the Danish filmmaker Benjamin Christensen. Christensen stars as Satan. In Swedish, Häxan means witch. The film begins with visual representations of witches in Europe–these witches were primarily depicted as women. The film is an art history lesson, tableau vivant, and narrative feature–or, as the authors Richard Baxstrom and Todd Meyers write in their new book Realizing the Witch, a “visual thesis.” The authors place Christensen in the context of his time; they analyze the zeitgeist of filmmakers, art historians, scientists, and anthropologists. Divided into seven so-called chapters, HÄXAN runs 105 minutes and was the most expensive film ever produced in Scandinavia.

According to authors Baxstrom and Meyers, the filmmaker Benjamin Christensen was interested in studies on hysterical patients conducted by the neurologist Jean-Martin Charcot. In many cases, Christensen thought that people who were called witches were in fact suffering from hysteria. The film contains “powerful scenes that intensively build to a strong visual association between witchcraft, possession, and nervous illness…” Sigmund Freud treated a patient, Ida Bauer, with hysteria at the turn of the century and published a case study about it in 1901; a pervasive cultural interest in the unconscious was swelling at the time HÄXAN was being made. 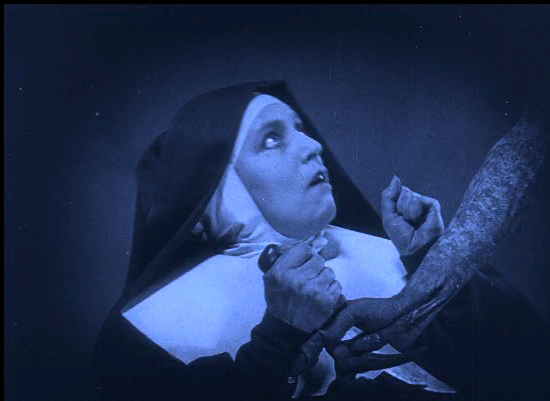 A subtitled version of the film, HÄXAN, is available to stream below:

Realizing the Witch: Science, Cinema, and the Mastery of the Invisible, is published by Fordham University Press and available where books are sold. Richard Baxstrom is Lecturer in Social Anthropology at the University of Edinburgh and Todd Meyers is Associate Professor of Medical Anthropology at Wayne State University.