Nothing Natural About Them: Scientists on Drone Technology By Sonia Shechet Epstein | June 16, 2016

“Privacy is truly disappearing out the window and I’m not sure whether that’s something we’re going to appreciate in the future,” said Wendell Wallach, a bioethicist at Yale University, on June 2. He was speaking about the morality of using drones. CUNY TV’s popular show SCIENCE GOES TO THE MOVIES, co-hosted by Mt. Sinai neuroscientist Heather Berlin and journalist and author Faith Salie, were speaking with him and two other top scientists at the Museum of the Moving Image at a live World Science Festival event. Showing clips from the 2016 film EYE IN THE SKY and the 2015 film GOOD KILL, the hosts interviewed the scientists about drone use in warfare, U.S. and international regulations, the effects of this kind of warfare on human psychology, and the future of a society replete with this technology. 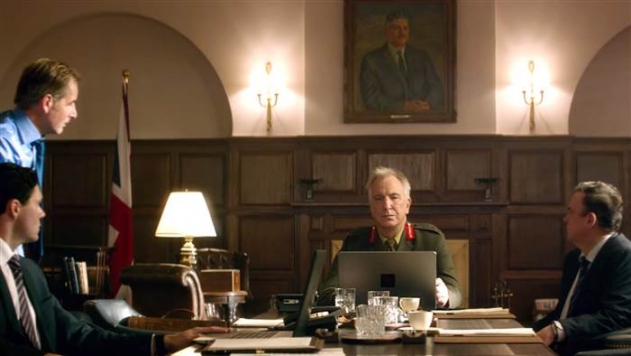 Included on the panel was Bertram Malle, a cognitive scientist at Brown University, who spoke about the human mind, and Pamela Abshire, a bioengineer from the University of Maryland, who is actually building robots including one at the Boston Dynamic Lab called Big Dog.


Most drones are not robots, which function autonomously—they are remote controlled by pilots. EYE IN THE SKY is a military drama set about ten years in the future starring Helen Mirren as a colonel and Alan Rickman as a lieutenant general. The plot centers around whether or not to conduct a drone strike, which will kill two high level terrorists in Kenya, but also has a high likelihood of killing an innocent young girl. People at both the governmental level and those within the military are stuck making this time-sensitive decision. GOOD KILL is also a military drama set about ten years in the past starring Ethan Hawke as a drone pilot based in Las Vegas. The CIA give order to the piloting team who begin to question whether or not they are committing war crimes. The main character is an alcoholic who may have developed Post Traumatic Stress Disorder from the job.

Back in April, Science & Film commissioned New School professor Peter Asaro, an expert on lethal robotics and war theory and human rights, to write about the advanced technologies depicted in EYE IN THE SKY, which he concluded are only a few years away from being a reality. Many are already prototypes. The technologies depicted include a hummingbird drone, a beetle drone, and facial recognition technologies. In the U.S., these are funded by the Defense Advanced Research Projects Agency (DARPA). A hummingbird drone costs about four million dollars.

Bioethicist Wendell Wallach said of these biologically inspired robots, “there is nothing natural about them. We are creating the illusion of naturalness and we are engaged in what is called biomimicry in terms of trying to learn some engineering tricks from nature. But, just as this hummingbird is a little loud so probably wouldn’t have been able to do the secretive mission that you have in [EYE IN THE SKY], real hummingbirds can go all day being very active in their environments. As mentioned earlier, at the best you get 11 minutes out of this [drone] hummingbird.”

In the future, “if we fail to ban lethal autonomous weapons, there will be a robotic arms race,” said Wallach. “Without the loss of soldiers lives the barriers to start new war will disappear. The speed of warfare will be so fast that human combatants will not be able to participate, and warfare will lose any semblance of virtue. And yet there will be plenty of collateral damage (loss of civilian lives). God help us all if we go down that road.”

Asaro, in the article, says, “the film is compelling because of the moral questions it poses, and the brilliant acting work. A key part of the moral calculus that the characters in the film struggle with is the estimate of civilian casualties that are likely to result from the drone strike. We even see the colonel in charge of the drone operation, played by Helen Mirren, demand of an underling to adjust the parameters to shift the likelihood of civilian deaths to a more desirable percentage in order to appease her commanders.”

“The human mind can always trade off norms again each other,” said Malle about moral dilemmas humans can deal with, which robots cannot. “You cannot program a robot that way. You have to program it such that it can learn over time to adapt to learn all of these probabilistic relationships locally.” 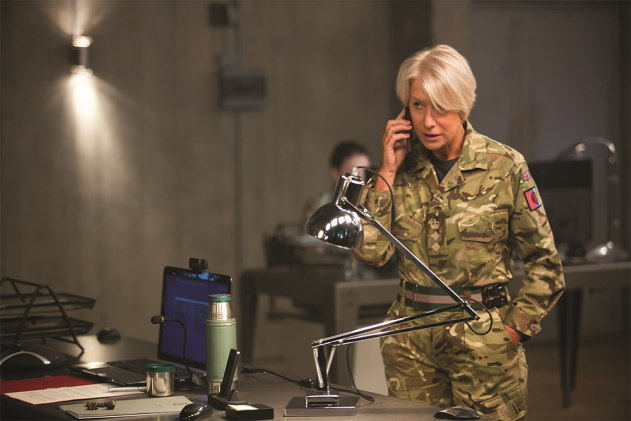 Robots will become more and more present in domestic life. “I think an awful lot of the roboticists aren’t really looking at that in any kind of clear way. They’re more interested in playing on human psychology in order to have humans engaged in a way they want them to be engaged with these robots. In other words, manipulating us psychologically,” Wallach said. “Privacy is truly disappearing out the window and I’m not sure whether that’s something we’re going to appreciate in the future, even though we’ve been willing to give it up in the last decade or so.”

The Alfred P. Sloan Foundation is a founding sponsor of the World Science Festival, supports SCIENCE GOES THE MOVIES, as well as the Museum of the Moving Image.