The story of a boy who lived as a girl who then lived as a boy has inspired playwright Anna Ziegler to write BOY. BOY is based on the true story of David Reimer. Known in the play as Sam, who was also a twin, he was born in 1965 and had his penis severed during a botched circumcision at the age of 8 months. Ziegler’s previous play PHOTOGRAPH 51 was based on the life of Rosalind Franklin and starred Nicole Kidman in a 2015 production.

Dr. John Money, a medical researcher in the 1950s, was experimenting with sex change operations. He distinguished between sex and gender arguing that sex is biological and gender is socially determined and is the internal experience of sexuality. He established the Johns Hopkins Gender Identity Clinic in 1965, which became the first hospital to perform sexual reassignment surgery in the United States. Science & Film attended the March 31 production which was followed by a discussion moderated by Columbia biology professor Stuart Firestein with playwright Anna Ziegler and Clinical Assistant Professor at NYU’s Postdoctoral Program in Psychoanalysis and Psychotherapy, Dr. Ken Corbett.

In the play as in real life, Sam’s desperate parents contacted Dr. Money and decided to raise Sam as a girl, under the close supervision of Dr. Money. Dr. Money wrote a series of papers making Sam, now Samantha, a case study to prove the success of such treatments and asserting that gender identity could be learned. This history was unbeknownst to Samantha, who later suffered from depression. At the age of 15, after discovering that he had been born a boy, he underwent gender confirmation surgery. The play is more hopeful than the true story–David Reimer killed himself at the age of 38. He did have a ten-year marriage and was a father to his wife’s two children from a prior marriage. Dr. Money terrorized David and his twin, making them rehearse sexual acts and watch pornography to teach them correct gender roles; he is made more sympathetic in the play. Ziegler said in a talkback after the play, “I suspect that for anyone who knows the real story it’s very hard to see that character without that lens. I guess the way I see the character is as separate from the doctor on which he was based. I see him as someone who was trying his best, and wasn’t so clouded by ambition, but by wanting this child to be okay.” 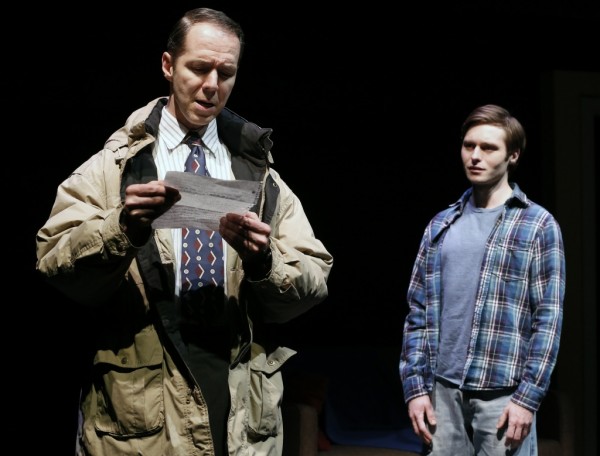 Moderator Stuart Firestein asked, “Had we the technology we have today for changing gender, would the story have been completely different?” Corbett questioned, “Is it the technology that is different or the ethics that are different?”

“Maybe it’s the fact that people are given a choice. And this child, David Reimer, or the child in the play, was not given a choice. Which is itself an issue of some scientific interest because at least one of the underlying themes of the play is the nature/nurture question. This is a question that has dogged Western scientific civilization, particularly the English-speaking world, since a little before Darwin, when we decided that ‘nature and nurture’ actually should be ‘nature versus nurture.’ That versus crept in somewhere and has stuck.”

“The question though is, what are we born with and what comes in afterwards? One of the things we do consciously or unconsciously is think that nature is everything prenatal until the day you are born, and then everything else is nurture. And that’s ridiculous of course. It is a totally arbitrary moment in your life that you are born. I mean it’s a big moment, I agree, but it is in some sense developmentally completely arbitrary. Things change a bit, that’s true, but if you want to talk about nurture, the environment of the womb or the uterus is not particularly any less of an environment than the one you live in, and we know that development continues for years. Certainly psychological development continues until 25 or 30. So the difference in some ways is that these transgender decisions are made today by what we consider an adult. That helps frame the story, and that nature/nurture issue,” said Firestein.

Ziegler responded, “It does seem to me that the issue then was less ethical than technological. They could not make a penis for this boy, so what were they going to do with him? Yes, it happened to dovetail with Money’s research and an area of interest, so it worked out for everyone at the time, but I guess I struggle to think that if they could have, they wouldn’t have.”

The production at the Clurman Theatre is the world premiere of BOY, a co-production with the Ensemble Studio Theatre and the Alfred P. Sloan Foundation Project. The play is directed by Linsay Firman, and stars Bobby Steggert. It just wrapped production.