Danielle Feinberg dreamed of being an artist and becoming a computer scientist. She has been Pixar’s Director of Photography for Lighting for the past 19 years. Recent Pixar films such as THE GOOD DINOSAUR and INSIDE OUT have been covered on Science & Film for their exploration of scientific themes. Science & Film spoke with Danielle from her office in Emeryville, outside San Francisco, about what it’s like being a scientist at Pixar.

Science & Film: You have a background in computer science. What is it like being a scientist in the film world?

Danielle Feinberg: I started at Pixar early on during Pixar’s second feature film A BUG’S LIFE. Pixar is not a traditional movie studio, nor is it a tech company–it is somewhere in between. When I started Pixar was still figuring out what it was and how to make films, so it felt like an exciting, creative place with smart people that was breaking new ground every day. We were the underdog. There were other big studios around and we were making these crazy computer-animated films. I was among a lot of tech people and among a lot of artistic people both of whom I have spent a lot of my life around. It was a totally fabulous place to walk into.

S&F: Were you directly applying your computer science skills to your work? Was there a big learning curve?

DF: I started in rendering, which is technical problem-solving and customer service all in one. We have a pipeline: you build a world, you set up a camera in that world, you animate some characters, and you put in some lighting and some special effects. My job was to make a picture out of that and when it didn’t come out right, my job was to either go fix it or get it to the right people to fix. So I had to learn all about that Pixar-specific pipeline. I had learned some about computer graphics in college as part of my computer science training. The theory behind computer graphics was all very applicable. I used some of what I learned in college but a lot of working at Pixar was learning on the job. All of the creative stuff that I know—learning about lighting and doing some modeling–I learned from the people here. People didn’t do computer animation hardly at all when I was in school. 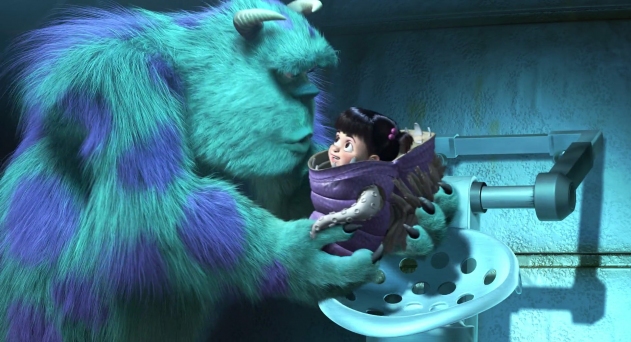 S&F: It sounds like you’re thinking a lot on your feet at Pixar. What has been the greatest challenge you’ve faced over the years?

DF: Every movie feels like it has these impossible challenges. You take MONSTERS, INC and the main character Sullivan is going to have hair all over him—that wasn’t something anyone knew how to do at that point. So it feels a little like every movie is like that, each one is sort of its own beast in a new and different way. One of the things I have had to learn is that it will always feel impossible at some point and you just have to accept that is how it feels and keep going because we always find a way to do it.

S&F: Do you ever think about the science behind the film’s narrative?

DF: Pixar has this incredible dedication to making authentic things. We don’t make things up, which is near and dear to my heart. When we were working on BRAVE, there was a huge amount of investigation into how to properly shoot a bow and arrow. A coach for an Olympic team said it was technically exactly correct. To me, because I love science so much I’m always thinking about it on one level. But what’s the art behind it too? How do we tell a story? 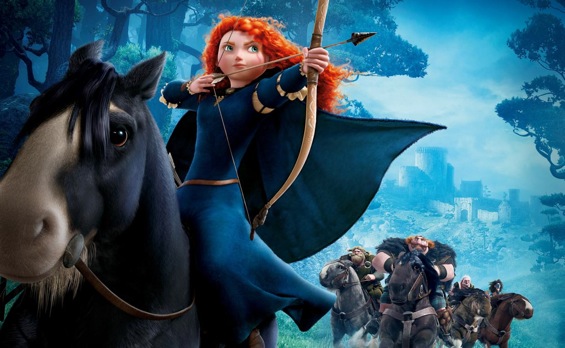 TED Talks: Science and Wonder is a new special which features Danielle Feinberg and premiered on March 30 on PBS. The Sloan Foundation funds such shows on PBS as “The American Experience” and “Mercy Street.”