The dramatization of Andy Weir’s crowd-sourced book—The Martian—has reached near Star Wars-level success bringing in almost $600 million worldwide and has inspired many fruitful discussions about space exploration. On the occasion of Sloan’s Science in Cinema Prize going to THE MARTIAN, Science & Film took the opportunity to talk with author Andy Weir. The interview, conducted over email, covered the science that inspired him, the film adaptation, and his next project.

Science & Film: Have you always been interested in science?

Andy Weir: Yes, I'm a lifelong fan of space and space travel. So all the science related to that was instrumental in the storytelling.

S&F: What research did you do in advance of writing and how did you go about doing it?

AW: I did a huge amount of research. I've always been a space dork, so I had more than a layman's knowledge of how spacecraft work, but I had to do literally years of research to get things right. I didn't know anyone in aerospace at the time I wrote the book, so all my research was just Google searches.

S&F: The film has hit near Star Wars-level success at the box office. Did you imagine it would be such a hit? What is it like seeing it dramatized for such a wide audience?

AW: I never imagined it would be this successful. I thought I was writing for a niche audience of hard-core science dorks. I'm thrilled with the adaptation. It's all my dreams coming true. 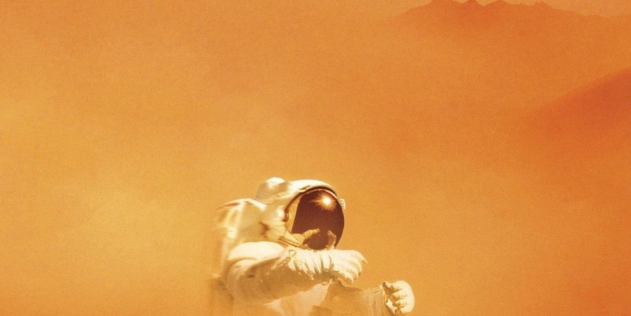 S&F: The main character Mark Watney is a botanist. In the scene where Mark accidentally blows himself up—that's a good example of the scientific process. We see him as a problem-solver instead of as a defeated individual. Is this the way you see science? How did you get into that character, or how did you think about that scene in particular?

AW: Yes, definitely. I guess I have more of an engineer's mindset than an actual scientist. Science is all about gathering knowledge, while engineering is all about goals and solutions. But problem-solving always comes with setbacks. I couldn't make things too easy for him, now could I? :)

AW: I'm working on my next book now. It’s about a city on the Moon. It’s another hard sci-fi novel where everything is accurate to real-world physics. I hope to have it out by mid 2017.