Scientific Racism and Slavery in The Underground Railroad By Johanna Schoen | July 29, 2021

The Amazon Prime series THE UNDERGROUND RAILROAD, adapted by Barry Jenkins from Colson Whitehead’s Pulitzer Prize-winning book The Underground Railroad, chronicles the travels of Cora (Thuso Mbedu) and Cesar (Aaron Pierre), a young couple who have escaped slavery and are hoping to find freedom and happiness. This article will examine Episode 2, which takes place in the 1850s, just after passage of the fugitive slave act which required that recaptured slaves be returned to their owners even if they had fled to a free state. As a historian, I am interested in how this episode merges past and present in its depiction—the history of slavery with events that occurred post-emancipation.

The second episode of THE UNDERGROUND RAILROAD opens with slave catcher Ridgeway (Joel Edgerton) inspecting the outside of a cabin on a Georgia plantation from which Cora has escaped. His pursuit of Cora and Cesar hangs as a constant threat over the couple and stands for the danger haunting all enslaved people who escaped. Cora and Cesar have made their way to Griffin, South Carolina, a deceptive paradise of progress and racial harmony. Here they live under the pseudonyms Bessie and Christian and fantasize about married life and children.

At first glance, Griffin appears as a utopian refuge. Abolitionists offer newly escaped people education and employment and a life that includes the trimmings of middle-class respectability. While the formerly enslaved live in dormitories, the sleeping quarters are clean and comfortable. Freed women and men seem to be treated with courtesy and respect. They are able to assume the attributes of ladies and gentlemen. The women wear beautiful dresses and gloves, the men three-piece suits. Evenings include formal dances and courtship, indicating their integration into respectable society. 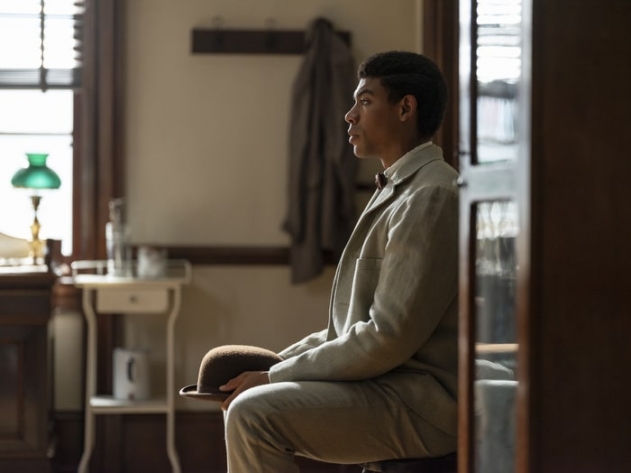 But the reality of slavery never seems far away. Cora works in a museum where, in a diorama exhibit, she plays an enslaved woman picking cotton. One day, she witnesses a middle-aged white man teaching a younger man how to “play” whip a slave, along with the appropriate curses. While the two are lashing the air rather than an actual human being—presumably practicing for part of the diorama exhibit—one wonders how real the escape from slavery is if Cora has to playact her enslaved life daily. Cesar, too, labors under an abusive boss in a factory where conditions are dangerous and resemble the exploitation of slavery. Still, the two are hopeful and talk about starting a family, especially after Cesar is offered a new job as physician’s assistant.

But as Cesar and Cora encounter the medical profession and white scientific beliefs, things take a turn towards the sinister. During an evening of hopeful courtship and celebration, a white abolitionist announces to the crowd that in Griffin “[W]e are building a better negro line, body and soul.” She is interrupted by a black woman screaming: “They’re taking my babies!” and violin music quickly drowns out the disturbing disruption. But Cora and Caesar soon realize that Griffin’s abolitionists believe in white superiority. They witness scientific racism, the exploitation of black people in medical experiments, and attempts to control the reproduction of Griffin’s black population.

Physicians of the nineteenth century were preoccupied with the study of racial difference. They postulated that black people were particularly suited to perform hard labor under grueling conditions, that they were immune to diseases that made white people sick, that they were resistant to pain, and easier able to bear children. Scientific racism justified the institution of slavery and the neglect and medical exploitation of black women and men. In THE UNDERGROUND RAILROAD, after Cesar starts his new job as assistant to one of the white physicians, he learns of his employer’s belief that black people are more resilient than whites. He begins to understand that Griffins’ abolitionists are studying Griffin’s black population for its presumed differences. 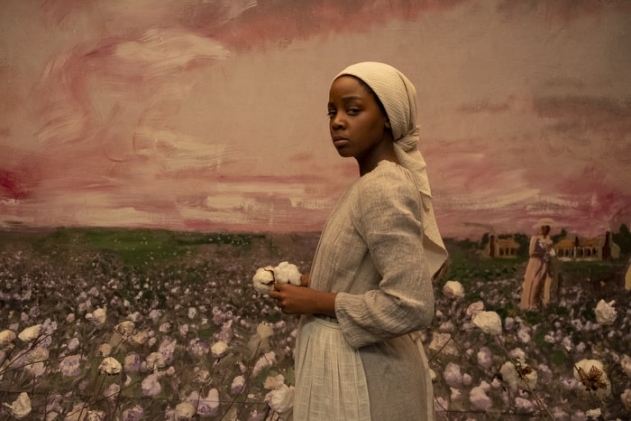 With the rise of eugenic science in the late 19th and early 20th century, eugenicists fantasized about their ability to improve the quality of the race by encouraging the reproduction of those considered desirable and preventing the reproduction of those considered undesirable. In Griffin, Cora learns, all women must undergo a physical examination to determine whether they will be allowed to have children, including a blood test to determine whether they have “bad blood.” While Cora’s physician is confident that Cora will be able to have the children she so longs for, her blood test indicates that she has “bad blood”—a euphemism for syphilis, presumably the result of an earlier rape by her Georgia slave owner. Black women in Griffin who are considered unfit to reproduce are forced to undergo a tubal ligation— a new procedure, Cora’s physician explains, that can free a woman from the burden of childbirth. Asked what happens if she doesn’t want the surgery, he assures Cora that “the choice is yours, of course.” But, as he goes on to explain, “as of right now it is required of some: negro women who have birthed more than two children, in name of population control, imbeciles, mentally unfit, habitual criminals,”—and, it turns out, those with “bad blood.” While he explains to Cora that sterilization is “a gift to the negro race” and a “chance for you to take control over your own destiny,” Cora in fact has no choice. Indeed, the specter of childlessness haunts Griffin’s black population. While Cora encounters white children in Griffin, there are no black children. Even consumer items geared at children, like penny candy, are available in white stores only. The sinister image of working for racial purity is further suggested in a brief scene in which a white woman leads a group of black women in outdoor group exercises, evoking similar exercises among the Hitler Youth in Nazi Germany.

Although this series (like the book) uses the "historical" context of slavery as a setting, the series makes broader allusions to more contemporary racial injustices by exploring the issue of forced sterilization and eugenics. Despite popular understanding, eugenicists were never particularly interested in controlling the reproduction of African Americans, let alone perfecting the black race, as THE UNDERGROUND RAILROAD shows Griffin’s abolitionists are. While many black and brown women experienced involuntary sterilizations at the hands of an American welfare state in the 1960s and 1970s, officials targeted women welfare recipients who had children outside of marriage. Interpreted in a eugenic framework, the sterilization and abuse of black women led to charges of racial genocide. The episode draws on these charges as it depicts how Cora is robbed of her reproductive control in the name of racial improvement.

READ MORE: Interview about the "Father of Modern Gynecology"

Finally, Griffin’s freed people are also subject to medical experimentation. When Cesar visits an apothecary, the pharmacist gives him some free pills. He calls them vitamins. He explains to Cesar that they are free and supposed to be good for your blood. Cesar takes the pills and passes some on to a man in his dormitory who is laid low with a persistent cough. But the more he learns about white medicine, the more suspicious he grows. Eventually, he concludes that the pills have no beneficial effect but are, at best, part of a medical experiment, and at worst are making the men sick. When his sick friend coughs up blood and collapses, Cesar surreptitiously collects all the pills from the men in his dormitory and throws them into a fire.

The suspicion of white medicine echoes the experiences of African American men who were subject to medical experiments in the 20th century, most notoriously the Tuskegee Syphilis Study in which the U.S. Public Health Service studied the progression of the untreated disease. While the men enrolled in the Tuskegee Study were offered regular checkups and vitamins, public health officials did everything in their power to prevent them from receiving any treatment. Indeed, the black pharmacist who initially offers Cesar the vitamins might stand in for Nurse Rivers, the African American nurse employed to look after the men enrolled in the Tuskegee study. Of course, medical experiments were not limited to African American men. As historians have illustrated, the birth of American gynecology was carried out using black enslaved women’s bodies as sites of experimentation and to develop surgical techniques.

During and after slavery, into the 20th and 21st centuries, black bodies have been simultaneously exploited and marginalized in American medicine, leading to pervasive suspicions of the white medical establishment. Cesar summarizes the situation to Cora and abolitionist friend Sam who seeks to help the couple escape: “The negro shall not prosper lest he prosper in the white vision of him.”