[Editor’s Note: This article is part of “Peer Review,” Science & Film’s commissioning project where scientists write about topics in current film. Geography researcher Katherine Sammler writes about BLACK PANTHER, directed by Ryan Coogler. Chadwick Boseman, Michael B. Jordan, Lupita Nyong’o, Letitia Wright, and Danai Gurira, star. The film is set in Wakanda, a nation that has a rich mine of Vibranium which is the basis for the city’s technology.]

Earthly materials have been a common plot element in the Marvel universe, as well as in science fiction and speculative fiction more broadly. From Adamantium (X-MEN), to Unobtanium (AVATAR), to The Spice of Arrakis (DUNE) [1], harnessing the power of earth’s metals, minerals, and rocks offers audiences a grounded (in all senses) place from which to embark on a supernatural adventure. In BLACK PANTHER, Vibranium plays a central role. It occurs in a rich vein deposited long ago by a meteorite beneath the fictional landlocked East African nation of Wakanda. Vibranium is the foundation for Wakandian society’s advanced technologies–the metal is able to absorb sound waves and kinetic energy.

Off screen, our current global economy is literally powered by the earth. Oil and gas reserves are pumped and siphoned for fuel, and ores are excavated for use in myriad technologies. Vibranium might be defined as a rare earth element. Despite the name, rare earth metals are, in fact, not categorized based on their true quantity in the earth’s crust and for the most part are not particularly rare. As Julie Klinger discusses in her 2018 book Rare Earth Frontiers: From Terrestrial Subsoils to Lunar Landscapes, these metals were assumed to be rare at the time of their discovery. Thus, geopolitical tensions surrounding rare earth metals are derived not from their scarcity in the lithosphere, but instead from their supply bottlenecks. For the seventeen rare earth elements defined by the International Union of Pure and Applied Chemistry, upwards of 90 percent of global production is concentrated in China (ibid, 1) where, via processes of globalization and uneven development, particularly toxic industries such as the processing of ore into metal shifted to developing nations.

The extraordinary properties of rare earth metals allow them to be used for incredible feats. Humans derive material and political powers from the metals’ super natures. Hyperloop technology, originally a concept proposed by South African billionaire Elon Musk, proposes to revolutionize transportation by zipping capsules through near-vacuum tubes, allowing for travel at incredible speeds up to 800 mph. Hyperloop Transportation Technologies, an American company that has been designing their version since 2014, announced the intention of coating their hyperloop capsules in sensor-embedded carbon fiber. This new material has been named Vibranium, after its super hero origins, and will shield the passenger travel pods from exterior damage.

More commonly, rare earth metals are a vital component of the electronic products that many people depend upon daily, like mobile phones and laptops. Paradoxically, a variety of technologies branded as green tech, such as hybrid cars and wind turbines depend on the environmentally-destructive and socially-exploitative extraction and processing of these materials.

Vibranium imbues Wakanda with the ability to shield their society from the world, protecting them from colonizing forces and other geopolitical struggles. At a corporeal scale, Vibranium is woven into the material culture of Wakandens. The Black Panther’s streamlined kinetic armor glows purple as it absorbs an attacker’s energy which can then be redeployed. And not only the king’s clothes are fabricated from this super natural metal. It is also in the Basotho blanket garb of the Wakanden border security tribe who can be deploy this cloth as a shield. These cloaks intertwine Vibranium with wool or cotton, displaying the vibrant colors and traditional patterns of their Vibranium culture. Similar to this Vibranium-woven cloth, medical scrubs can be infused with microscopic silver ions, which become antimicrobial when moisture-activated, thereby acting as a shield against germs, bolstering human porous epidermal layer with an armor of metallic super nature. 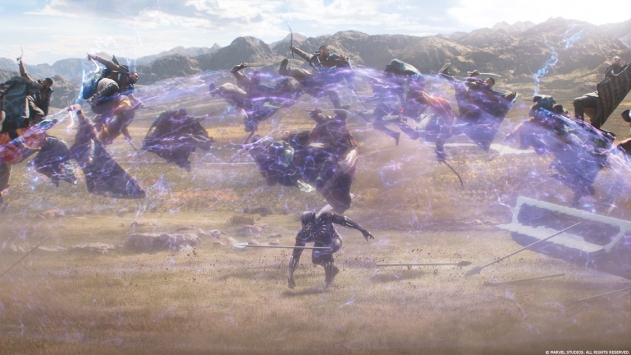 Central to the story of BLACK PANTHER is the struggle between factions over whether Vibranium’s benefits, particularly as weaponry, should be shared beyond Wakanda’s borders despite the risk of exposing the country to attack and exploitation by foreign powers. The movie’s antagonist, Killmonger, seeks to distribute Vibranium weapons to support black and other liberation movements around the world in a move towards global solidarity. In the real world, metal and mineral materials have a long relationship with historical and ongoing projects of colonial extractivism, with devastating impacts on the societies, economies, and environments of peoples across the world, including on the African continent.

Rare earth metals are an integral component of tools for aggression and defense, yet places rich with mineral and metal wealth have often found themselves the targets of such weapons. Sometimes labeled strategic metals, many rare earth metals and minerals are used for components of military jets, guided missiles, and surveillance satellites. The uneven development of global capitalism has led to an economic system of producing and consuming nations. Countries and communities that do not voluntarily participate in selling off their resources have found themselves in the crosshairs. The American war with Iraq is unambiguously connected to their oil reserves and U.S. geologists have surveyed Afghanistan and estimated it to have one trillion dollars in undeveloped rare earth metals and other valuable elements.

In the Marvel universe, Vibranium was deposited on earth by a meteorite. Some have called Vibranium an alien or extra-terrestrial metal. In fact, all elements heavier than hydrogen and helium were fused in stars and those found on our planet also make up other space objects. Going beyond mining the super natures of earth, asteroid mining is an endeavor currently being explored by venture capitalists, such as Planetary Resources, Deep Space Industries, and Elon Musk’s Space X Technologies Corp due to the highly concentrated ores available on asteroids. Closer to home, attention is focusing on the ocean floor as a mining frontier from where, like land-based extraction, metals and minerals can be excavated. Japan has undertaken the first large-scale seabed mining project which began in 2017. 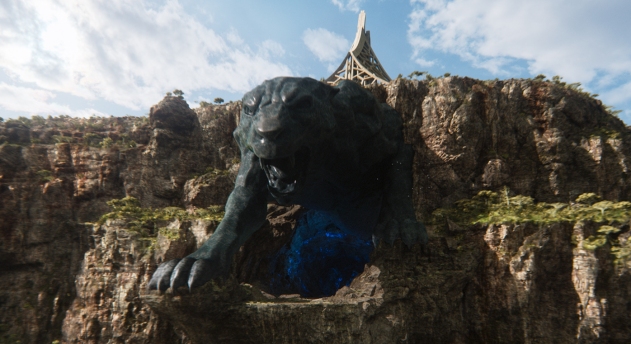 The super natures of earth, from the planet and the soil and rock beneath our feet, are essential for both wonderful and terrible things; they are tools of defense and protection, but also war and aggression and much that is somewhere between. The metals and minerals themselves are ambivalent, neither inherently liberatory nor repressive, yet mining practices, especially in the colonial context, have been excruciatingly exploitative and destructive, not only for the land, but for the surrounding communities. With regards to fossil fuel minerals and their role in climate change, there is an expanding movement demanding they be left in the ground. It seems a good time to also demand that our super natural earthly materials be used more responsibly–from exploitation and conflict towards preservation and equity.

[1] Adamantium is a metal alloy mainly known for Wolverine’s storyline. Unobtanium is originally an engineering term to represent theoretically impossible or difficult to obtain materials that shows up in AVATAR. The Spice derived from the sands of Arrakis in the novel Dune.