Unlocking the Cage: Swimming in a Sea of Sentience By Jonathan Balcombe | June 28, 2016

In 2011, two Japanese ethologists published a brief report of wild chimpanzees deactivating poachers’ snares in the forests of Bossou, Guinea. A year later, snare deactivation was documented in a population of wild gorillas in Rwanda.

This poignant news came to mind as I watched UNLOCKING THE CAGE, a film by D. A. Pennebaker and Chris Hegedus that chronicles the efforts of attorney Steve Wise and his Nonhuman Rights Project (NHRP) team to gain legal personhood status for nonhuman animals. The behind-the-scenes perspective provided by the filmmakers—who follow the protagonists into closed-door meetings and through long conversations about strategy over take-out food—allows us to see the human side of this compelling story about nonhuman animals. Wise’s campaign is a work in progress, and UNLOCKING THE CAGE is a snapshot of a bold attempt to reframe debate about the status of animals. 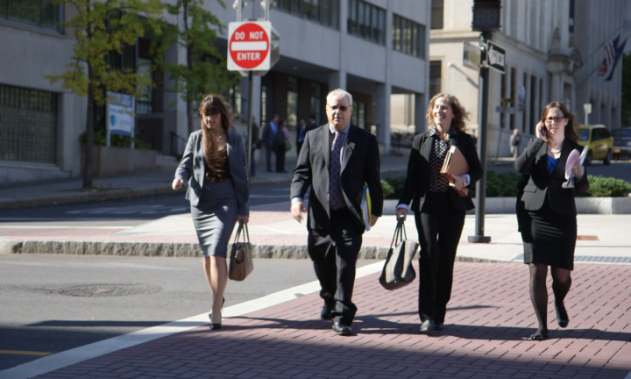 In the hands of Pennebaker and Hegedus, legendary documentarians, it’s provocative and suspenseful, as cinéma vérité captures an ardent quest for creaturely justice carried out by a single-minded advocate and his supporters.

Watching the film from my perspective as an ethologist, I couldn’t help but think about the many notable cognitive abilities of chimpanzees now documented by science. Chimpanzees have immense social acumen. They can take the perspective of another, and they form alliances. They can quickly take stock of a situation and calibrate their most advantageous course of action—which might account for a chimp’s uncanny ability to remember numerical arrays on a computer screen at a level far above that of the sharpest human. The influential primatologist Frans de Waal puts a chimpanzee’s social shrewdness on par with a human’s.

Chimps also solve some problems that routinely stump the rest of us, such as an Archimedes problem in which the subject is presented with a peanut at the bottom of a narrow, immovable cylinder. After trying in vain to remove the treat by hand, this “nonperson” shows the wherewithal to transfer water (by mouth) from a nearby tap to the cylinder, causing the peanut to float within reach. One enterprising male chose instead to urinate into the vessel. 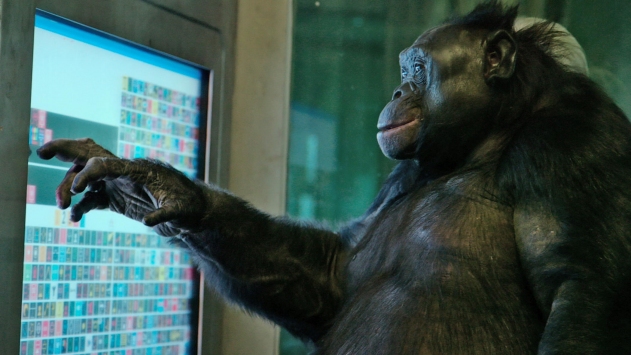 Lest you think it’s all about looking out for number one, a chimpanzee can display self-sacrifice, as in more than a dozen documented cases of adults (including males) taking on the herculean task of adopting and raising orphaned infants.

In 2009 I traveled with a colleague to Keithville, Louisiana to visit Chimp Haven, a rescue center for chimpanzees formerly used in research. There, I watched an elderly chimpanzee emerge from his indoor enclosure onto a grassy paddock. Rather than move confidently across the expanse of green, which looked to me so inviting, this chimp hugged the retaining walls as he gingerly crept around the perimeter. A caretaker explained to me that this ape was so damaged by his years in a research laboratory that he was unable to surrender himself to the freedom of walking in the open. Trapped inside his own broken mind, to him the grass remained an alien thing, and the walls a security blanket. As I watched this powerful primate—whose physical strength could rival that of five men—trembling under the burden of his sad life, I was seeing not an “animal” but a being with a biography.

Having recently completed a four-year review of the inner lives of fishes, I can attest to their highly developed mental faculties and abilities, too. Among their accomplishments: tool-use, personality, parental care, planning, pleasure-seeking, referential signaling, deference, democracy, deception, audience effects, and account-keeping.

Like chimps, fishes are vulnerable and fallible. They “fall for” the same optical illusions that we do, and a new report from Norway documents farmed salmon showing physiological and behavioral signs of severe depression. Chronically unable to cope with the vicissitudes of their wretched environment—marred by crowding, ravenous parasites, larger aggressive fishes, and disruptions over which they have no control—they grow stunted, and they die. Their bodies register abnormally high levels of stress hormones. It appears as though they have lost the will to live.

But give a fish his freedom and you’ll find individuals with lives richly lived. Consider Larry, a teenaged Bahamian grouper on a Florida reef. Larry approaches trusted divers to be stroked and caressed—stimuli that have been shown scientifically to relax a stressed fish. In some locales, groupers have learned to identify divers bearing fishing spears, whom they shadow in hopes of receiving handouts. Anecdotal accounts clearly identify these fishes as having personalities.

Groupers are long-lived, predaceous bony fishes. They live for decades and can grow to six feet and over 800 pounds. Groupers perform body signals to other fish species, a form of interspecies communication rarely found in the wild. Head shakes or body shimmies are used to invite moray eels to go on a hunting foray. They will also use their bodies to point to hidden prey in the reef, sometimes waiting for 20 minutes or more before a distracted eel comes over to investigate. It pays off; groupers and eels secure more food per capita when they hunt cooperatively than when they go solo.

These are not the characteristics of “things;” they are qualities befitting a sentient individual with a sense of self. And the sooner we realize that sentience is the bedrock of ethics, the better. There is reason for hope, consider Ringling Bros.’ recent announcement to remove elephants from its circus, and SeaWorld’s decision to stop breeding orcas or acquire them from the wild. 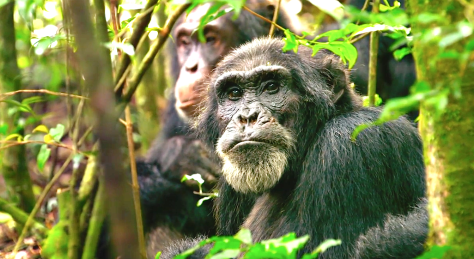 As human populations grow, wild habitats shrink, global temperatures rise and weather patterns worsen, we really have no choice but to enter a new relationship with nature. The current era—unconstrained human development and consumption driven not by need but by greed—will end, preferably on our terms and not nature’s. For we are interdependent with the rest of nature; as she goes, so go us. The world is a better, more secure one when we cultivate understanding and sympathy for all who have an interest in a good life.