The 2022 Hot Docs Festival begins April 28, showcasing the work of international documentary filmmakers in cinemas and online through May 8. (Online streaming is geo-blocked to Canada.) We’ve rounded up the festival’s 20 science or technology-themed films below, with descriptions quoted from the festival. Including features, shorts, and one docuseries, our selection also includes Deniz Tortum and Kathryn Hamilton’s short film OUR ARK (currently on view at Museum of the Moving Image through May 1, 2022) and Sloan-supported documentarian Shailini Kantayya’s TIKTOK, BOOM.

ATOMIC HOPE. Dir. Frankie Fenton. World Premiere. “Is nuclear energy the solution to the climate crisis? Whether it is the only carbon-neutral technology capable of tackling the crisis or a fatally convenient stopgap, time is running out.“

BURIAL. Dir. Emilija Škarnulyte. North American Premiere. “In this hypnotizing meditation on nuclear waste and the great lengths required to bury what was once a source of power, journey through the underwater tombs and eerie remnants of Chernobyl's sister nuclear plant as it is decommissioned.“

FIRE OF LOVE. Dir. Sara Dosa. Canadian Premiere. “Disenchanted with humanity, two intrepid scientists devote themselves to understanding the mysteries of volcanoes and unexpectedly fall in love. A poetic and playful tale of creation and destruction, the ephemeral and the eternal and the pursuit of the unknown.” 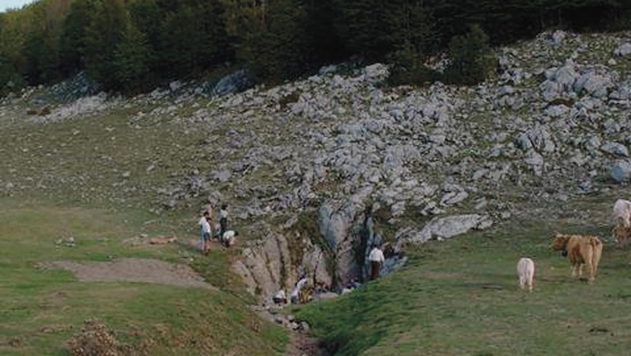 IL BUCO. Dir. Michelangelo Frammartino. Canadian Premiere. “In 1961 a team of speleologists explored the Bifurto Abyss in Southern Italy, then considered the deepest cave on Earth. At once a nature film and a narrative, the pensive and breathtakingly beautifu IL BUCO recreates this journey 700 meters underground.“

INTO THE WEEDS. Dir. Jennifer Baichwal. World Premiere. “Through this David vs. Goliath story of a former groundskeeper who takes on a multinational agrochemical corporation after his terminal cancer diagnosis, acclaimed filmmaker Jennifer Baichwal delves into humanity's relationship with the natural world and its responsibility to protect it.“

IRONLAND. Dir. Lucas Bambozzi. North American Premiere. “Amidst the destruction caused when a mining dam bursts and toxic waters destroy several villages in the Minas Gerais region, a Brazilian geographer embeds herself with the survivors as they search for loved ones and begin to rebuild their lives.“

MAKE PEOPLE BETTER. Dir. Cody Sheehy. World Premiere. “A rogue Chinese biophysicist disappears after developing the first designer babies, shocking the world and the entire scientific community, but an investigation shows he may not have been alone in his attempts to create a 'better' human being.“

PLEISTOCENE PARK. Dir. Luke Griswold-Tergis. North American Premiere. “An idiosyncratic Russian geophysicist and his son rush to gather large woolly beasts and transport them to remote Siberia to restore the Ice Age 'mammoth steppe' ecosystem and help save the planet from the catastrophic effects of global warming.“ 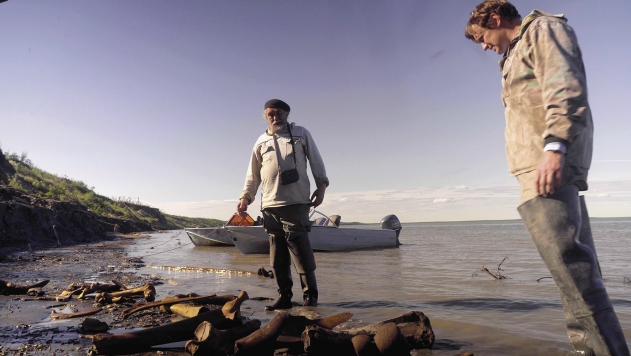 THE QUIET EPIDEMIC. Dir. Lindsay Keys, Winslow Crane-Murdoch. World Premiere. “A diagnosis of Chronic Lyme disease lands patients in the middle of a contentious medical debate and sparks an explosive investigation dating back to 1975 that shockingly reveals why ticks, and the diseases they carry, have been allowed to spread globally.“

SCRAP. Dir. Stacey Tenenbaum. World Premiere. “Explore the vast, haunting spaces where discarded machinery—from airplanes to farm equipment to e-waste—is left to rust, and meet those who collect, restore and recycle civilization's scrap, revealing beauty, purpose and sadness in the ugliness we leave behind.”

TIKTOK, BOOM. Dir. Shalini Kantayya. Canadian Premiere. “TikTok took the world by storm and boomed during the height of the global lockdowns, but with its questionable terms of service and murky origin can the app really be trusted?”

AMERICAN SCAR. Dir. Daniel Lombroso. International Premiere. “At the US–Mexico border, a ragtag group of environmental activists uncover the devastating effects wall-building has had on the local fauna, who have no concept of national borders. What these creatures need to survive and thrive is a unified and accessible ecosystem. Needless destruction to fragile ecologies is not acceptable. The time to act is now!“

BLUE ROOM. Dir. Merete Mueller. World Premiere. “Incarcerated participants in a mental health experiment watch videos of sunset-soaked beaches, wildflowers and forests on loop, prompting them to reflect on isolation and wilderness. Equal parts meditation and provocation, BLUE ROOM identifies the damage done by withholding access to the outdoors and how we are all prisoners when the essential human need for communion with nature is denied.“

CORRUPTED. Dir. Juan Cifuentes Mera. World Premiere. “Andrea, a fictional amalgam created from real psychiatric patients' experiences, grapples with severe memory loss as a result of receiving electroshock therapy. Using distortion, tracking lines and static to evoke her fuzzy state of mind and neurological impairment, Corrupted records her struggle to remember as she faces the deleterious effects of the therapy on her mind, body and soul.“

EXOSKELETONS. Dir. Mariana Castiñeiras. World Premiere. “An entomophobic filmmaker faces her fears through a series of expeditions and encounters with a Hungarian neurologist obsessed with beetles. Curious about what his passion for insects can teach her, director Mariana Castiñeiras perfectly pins the thrill of discovery. Why do desire and fear fade once conquered? How do collecting and psychology drive the relationship between documentarian and subject?”

HAULOUT. Dir. Maxim Arbugaev, Evgenia Arbugaeva. North American Premiere. “Maxim Chakilev watches and waits from a small, dilapidated cabin on the shores of the Russian Arctic. He walks along the beach, scanning the horizon—for what, we do not know. This eerie and beautiful documentary invites us to watch and observe nature in flux.”

OUR ARK. Dir. Deniz Tortum, Kathryn Hamilton. Canadian Premiere. “In this novel take on Noah's Ark, the real world can be duplicated, backed up and archived by new technology, to be reanimated at will. In the new and improved ark, 3D replicas of anything and everything will be stored for later use, thereby rendering extinction and ecological collapse obsolete.“

WE’RE ALL GONNA DIE (EVEN JAY BARUCHEL). Dir. Victoria Lean. World Premiere. “In this smart, playful, and quirky docuseries about the end of the world, host Jay Baruchel joins top scientists, activists, and experts to explore the global crises that could cause humanity's demise, all while finding the solutions and technological innovations that might save us all.“