THE RESCUE is a remarkable new documentary by the Academy Award-winning director/producer team Elizabeth Chai Vasarhelyi and Jimmy Chin who made FREE SOLO. It chronicles the 2018 rescue of a boys’ soccer team–the Wild Boars–from deep inside one of the longest caves in Thailand, a dangerous mission that required the niche expertise of hobbyist cave divers from around the world, the Thai Navy SEALs, hundreds of civilian volunteers, and more. The film won the People’s Choice Award at the 2021 Toronto Film Festival and is being distributed theatrically by National Geographic Documentary Films starting October 8. We spoke with Vasarhelyi and Chin about the challenges with making the film, its reception so far, and the technology that made the rescue possible.

Science & Film: How did you source that incredible footage from inside the cave?

E. Chai Vasarhelyi: Like most non-fiction films, it’s the obstacles that make the magic. When we signed on, there was no known footage from inside the cave except for a few clips but we had heard a rumor that the Thai Navy SEALs had given several people GoPros and had filmed themselves. That started a two-year odyssey of negotiation with the Thai Navy SEALs to try to acquire the footage. It was a goldmine. We thought it would be 90 minutes, but it was 87 hours. The story didn’t change but it triggered this re-imaging of the visceral part [of the film] at the last possible moment.

S&F: When did you know that you wanted to make a film of this rescue?

ECV: Like some people in 2018, we were pretty riveted by the events as they transpired. It was a difficult moment in the world, and here was a story with these incredibly visceral ups and downs. It was a story that hit close to home; we’re parents and we are familiar with that part of the world, but there was a rights situation around it. It was only after another filmmaker dropped out that we were able to convince National Geographic to let us make this film. 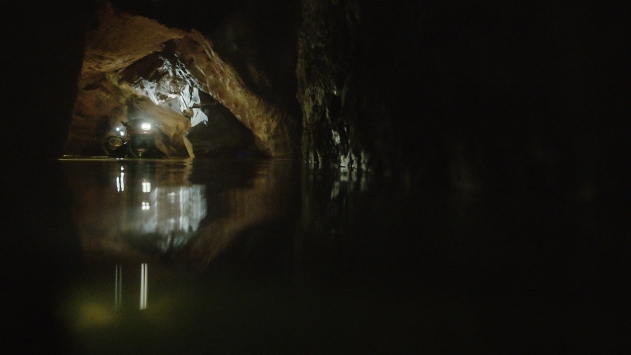 S&F: Did you travel to the location during the process of making THE RESCUE?

ECV: It was a pandemic, so there was very little onsite filmmaking we could do. Most of the interviews were done via Zoom. We did have to do reenactments with the actual participants when they showed us how they did [the rescue]. When I got my second dose of the vaccine I went to Thailand and Jimmy stayed behind; ideally, we’re always together but it doesn’t always shake out that way especially when you’re talking about international travel during a pandemic, and you have small children.

S&F: There were so many nuances to how the rescue was conducted that I didn’t realize at the time, but that your film shows.

Jimmy Chin: I think the euphoria of the kids being found overshadowed a lot of the details. Some of [those details] weren’t put out there during the rescue, like the fact that they sedated the kids, for obvious reasons because if things had gone wrong people would have been potentially very upset at the idea because it was so outrageous. People just thought of the happy ending but didn’t understand what it took. It was fun dissecting that. 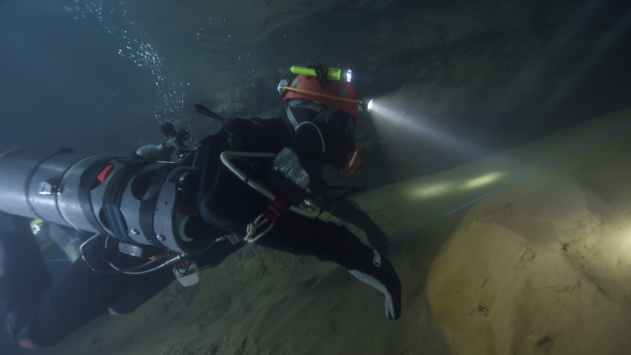 S&F: Have you shown the film to the divers or the kids themselves?

ECV: We showed it to the divers right before we finished and afterwards, there was a long silence, and then John [Volanthen] said, well that was rather emotional. It pulls on your heart strings.

In terms of the children, it was a little more complicated. When I was in Thailand, I wanted to meet the children, and when I met them they realized I’d acquired Dr. Richard Harris’s footage of them being anesthetized so they asked to see it. Our intention was always to show them the film while I was there, but it became a question of, are we going to re-traumatize these kids? But they asked and of course we showed it to them. It was the right thing to do.

S&F: Can you speak a bit about the technology, or lack thereof, that made this recuse possible? Somehow in my mind, I thought they rescued the kids using small submarines—that obviously was not the case, but that’s how the story took shape in my head.

JC: That would have been cool!

ECV: Everything about this rescue could have been done with 60-year-old equipment. There was nothing high-tech about it.

S&F: One of the divers even makes a point of saying he uses this old diving equipment that he’s made himself.

S&F: Was that as surprising to you as it was to me on seeing that?

JC: In the world that I come from, in climbing, there’s been so much more advancement in the equipment and technology but it’s only happened due to the fact that there’s been a huge upswelling of popularity in these sports. I don’t think that’s happening in cave-diving yet. Maybe after this film? But I do remember a time, and it was before my time, when climbers were making their own gear and experimenting with all these different ideas. In the world of cave-diving, it’s just not popular enough for a commercial company to start building side-mount re-breathers so they have to make them on their own. It’s cool because it requires so much ingenuity and in terms of craft.

S&F: What did you know about cave diving before making this film?

ECV: I’ve been a diver all my life, and the only thing I knew about cave diving is that I had absolutely no interest in doing it because it was too scary.

JC: I knew a bit about it, I haven’t done that much diving but a bit, but being a National Geographic photographer where everyone is very specialized [I knew] a few underwater photographers who shoot cave diving. There was an incident where one of the photographers had died in a cave while shooting. So the risk of it crossed my mind.

S&F: What was the major challenge in making this film, as compared to your other work?

ECV: It was a very different challenge than FREE SOLO, which was kind of an ethical challenge as well as a physical challenge. This was a great story but there was no footage. Setting out, that’s quite a constraint. Additionally, it’s a very complicated story. There are a lot of characters. It lasts 18 days, the children were only found on the 11th day. It has a lot of different elements that were challenging to include in a feature documentary. The craft part of it was tough. And, how do you get to know somebody over Zoom? I don’t know, but we had to make a film that way. To date, Jimmy and I haven’t met Dr. Harris because he lives in Australia and Australia has such stringent COVID entry rules. The story itself was also quite fractured, because whatever happened inside the cave people outside the cave weren’t aware of, and there was so much happening outside the cave… There were a lot of points of view that were important to include but it complicates the whole narrative.

S&F: What are you looking forward to as THE RESCUE about to be seen by a wider public?

ECV: We make these films in dark rooms, by ourselves, and hope that maybe they land and somebody understands why you spent this time [on it]. We’re grateful for anyone who watches the film.

JC: We’re excited for people to see it and hope they take away something positive from it.

THE RESCUE is directed and produced by Elizabeth Chai Vasarhelyi and Jimmy Chin. It is also produced by P.J. van Sandwijk and John Battsek. It will open in theaters on October 8.