[Editor’s Note: This article is part of “Peer Review,” our commissioning project where research scientists write about topics in current film. Dr. Nancy L. Segal is an expert in twin studies, and founder and Director of the Twin Studies Center at California State University, Fullerton. Dr. Segal is also a Professor of Psychology. She writes about Tim Wardle’s THREE IDENTICAL STRANGERS, which follows the lives of Robert Shafran, Eddy Galland, and David Kellman. The film is in theaters, distributed by NEON, and will be released onto VOD and Blu-ray on October 2, 2018.]

It is a study that does not go away.

It was fall 1982 when I arrived at the University of Minnesota as a post-doctoral fellow to work on the Minnesota Study of Twins Reared Apart (MISTRA). By then, the MISTRA had gained considerable stature, drawing attention from national and international scholars, students, and journalists. But for a brief time during my early years in Minnesota, an older twin study was gaining attention once again. CBS’s newsmagazine program Sixty Minutes was preparing an exposé of psychoanalyst Dr. Peter Neubauer’s 1950s-1980s Child Development Center twin project. The program intended to show how and why a group of New York City child psychiatrists and psychologists decided to ‘play God’ by separating infant twins placed through the Louise Wise adoption agency, and track their development without informing the adoptive families that their children were twins. The Agency’s decision to separate twins came from psychiatrist Viola Bernard who advised them that separating twins was in the children’s best interest since it would avoid competition for parental attention. This view was not based on research. The investigative journalists assigned to the Sixty Minutes story wanted to know what the scientists hoped to learn from this unique study, the only one in the world to follow intentionally separated twins prospectively from birth. Ultimately, the planned television special never aired.

Scientists and journalists occasionally revisit this controversial study, most recently in two documentary films, Tim Wardle’s THREE IDENTICAL STRANGERS and Lori Shinseki’s THE TWINNING REACTION, and a 20/20 ABC news program. This notorious twin study has gripped both the public and professionals, perhaps because the project was so unthinkable. It breached not just established research norms, but faith in scientific integrity and belief in the inviolability of family. It is a study that does not go away.


Twin Research: The Science Behind the Fascination

The striking resemblance and exceptional intimacy of genetically identical twins have engaged society for decades. This fascination explains, in part, why stories of their matched achievements in academics and athletics, similar tastes in friends and food, and extraordinary parallels in interests and occupations (even among twins reared apart from birth) have been the focus of books, films, plays, and social media. The 2016 Guinness World Records devoted a special two-page spread to the twin record holders for longest birth interval, longest separated pair, and oldest octuplet set, among other “dual” distinctions. When we encounter identical twins who look and act identically, it challenges general beliefs about personality and development. 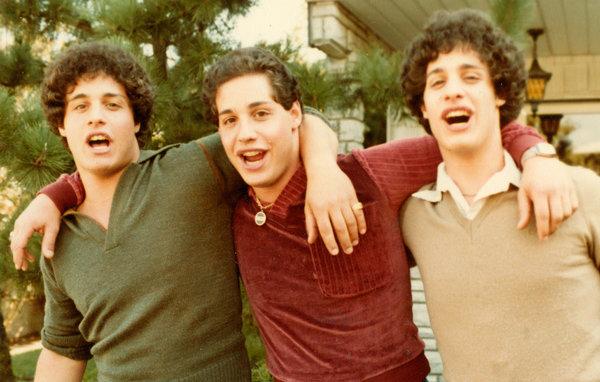 Scientists have also been captivated by the striking similarities of identical twins and the relative differences between fraternal—non-identical—twins. In 1875, Sir Francis Galton of Great Britain conducted the first twin study. Though it wasn’t until the early 1920s that biological differences between fraternal and identical twins were known, Galton correctly surmised that there are two types of twins. He thought of them as look-alikes and non look-alikes. Through a letter writing campaign, Galton obtained detailed life history material on 80 sets of twins, of which the members of 35 pairs showed “close similarity” and 20 showed “great dissimilarity.” Contrasting these groups led Galton to his famous conclusion that “nature prevails enormously over nurture.” Today, the classic comparison of trait resemblance between identical (monozygotic or MZ) twins who share 100% of their genes and fraternal (dizygotic or DZ) twins who share on average 50% of their genes is being applied across diverse disciplines. The design is a simple, yet elegant approach to understanding factors affecting height, weight, intelligence, personality traits, religiosity, wage earnings, medical complaints, and mental disorders. While greater resemblance between identical than fraternal twins is consistent with genetic influence on a behavioral or physical characteristic, it does not prove it. Studying the rare pairs of identical twins reared apart from birth provides the best and most direct estimate of how much genes shape our different traits. Twins just have to act naturally to reveal a wealth of information.

Twin studies were generally frowned upon from the 1950s through the 1970s. There are many historical events that explain their disfavor. They include the Nazi legacy (1933-1945) that supported the biological superiority of some populations over others and the horrific twin experiments conducted in the Auschwitz-Birkenau concentration camps; the 1964 Civil Rights Act that outlawed racial discrimination; and the women’s rights movement of the 1960s that promoted gender equality in educational and occupational settings. Research suggesting that genetic factors affect behavior was strongly rejected in light of these developments, in favor of environmental theories to explain trait development. Twin studies’ reputation was further damaged by controversy about the veracity of the 1943-1966 intelligence test findings of British researcher Sir Cyril Burt. His findings showed genetic effects, but there was doubt over the existence of his reared-apart twin sample and research staff. It should be noted, however, that Burt’s name has been largely cleared (although some may say that the case remains open) and that reports from five well-respected reared-apart twin studies, published in 1937, 1962, 1965, 1990/2007, and 1992 show very similar results.

While all this was happening, events in other regions paved the way for twin research’s amazing comeback in the late 1970s and early 1980s. There was increasing dissatisfaction in the scientific community with environmental explanations of behavior, from both human and non-human laboratories. It was becoming evident that there were biological constraints on what animals could learn. Chromosomal aberrations underlying medical conditions, such as Down syndrome, were being discovered. Biological views of language development and information-processing were gaining attention. Data from available twin and adoption studies of general intelligence were summarized, revealing greater resemblance between close relatives than less distant relatives or non-relatives. Then, in 1979, there was a widely publicized reunion between identical twins, Jim Lewis and Jim Springer, who met for the first time at age thirty-nine. Their similarities included their nail-biting habit, unusual headache syndrome, favorite vacation spot, love of woodworking, and penchant for showering their wives with love letters. University of Minnesota psychology professor Thomas J. Bouchard, Jr., brought them to his laboratory for several days of study.

The twins’ time in Minnesota was widely covered by the press, leading to the identification of other separated sets of twins, and eventually to the launching of the Minnesota Study of Twins Reared Apart. When the study ended in 1999, 81 identical and 56 fraternal separated twin pairs had been studied. There are two key themes that emerged from that work: genetic influence is pervasive, affecting virtually every measured human trait, and shared environments do not make family members alike. The MISTRA transformed behavioral research as it transfixed both the professional and public imagination. A comprehensive account of the project is presented in my 2012 book, Born Together-Reared Apart: The Landmark Minnesota Twin Study. 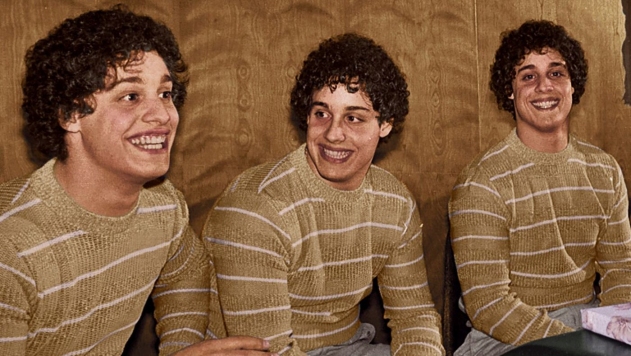 Renewed attention to Peter Neubauer’s secret study does not threaten the value and validity of twin research. The International Society for Twin Studies, formed in 1974, is thriving and twins are prominent players in molecular-genetic and epigenetic studies of behavior and disease. The Neubauer study does encourage new thinking about investigator responsibilities and participant rights, coming as it does in our current climate of threats to individual identity by government agencies, private companies, and social media platforms. Most offensive is the unspeakable arrogance on the part of Neubauer and his associates who separated the twins for professional gain, the secrecy they maintained in the years that followed, and their lack of remorse when later confronted with that decision. In the 1950s and 1960s, biological and adoptive families were never put in touch—as they often are today—but that is an issue apart from the twins’ separate placement.

Rare family arrangements of scientific significance occasionally happen and researchers can study them with justification. Single parents, or families who cannot afford to raise two children, may choose to relinquish one or both babies. A number of newborn twins have been separated by hospitals that, in, error accidentally switched one twin with one non-twin infant. Twins have even been separated due to political circumstances such as emigration regulations and tax exemption policies. In 2001, I discovered pairs of young twins reared apart because of China’s One-Child Policy, leading to the abandonment of thousands of baby girls. Most of the adoptive parents were unaware that they were raising a singleton twin until their chance viewing of the other twin’s photograph posted on a website. I have been able to track separated twins’ development in real time but, unlike Neubauer, with the full consent of their families. My hope is that project and this article will help reunite other twins who may still be apart.

References:
Galton. F. (1975). The history of twins as a criterion of the relative powers of nature and nurture. Journal of the Anthropological Institute, 5, 391-406.
Segal, N.L. (2012). Born Together - Reared Apart: The Landmark Minnesota Twin Study.
Cambridge, MA: Harvard University Press.