The Element of Water in Netflix’s Stranger Things By Sonia Shechet Epstein | September 8, 2016

Living on Earth, gravity is constantly pulling the body down. After spending a year in space, Scott Kelly grew two inches; there was no gravity to compress his spinal disks. Gravity has less of an impact when the body is in a different element such as in water, a liquid. Sensory deprivation techniques use water for this reason. Water is a compound made of hydrogen and oxygen. A sensory deprivation tank is filled with salty mineral water, which is calibrated to body temperature so, when the body is submerged, there is no sensation of temperature or weight. The star of Netflix’s STRANGER THINGS is a middle school-age girl, Eleven, who causes a rip between dimensions of the universe when she is submerged in water, inside of a sensory deprivation tank.

Eleven was raised in an electric laboratory, which cultivated her telekinetic abilities as well as her ability to astral project into an alternate dimension termed the Upside Down. Columbia University physicist Brian Greene said in an interview with Popular Science, that to access the alternate dimension of the Upside Down, “you do need a lot of energy. The more energy you have, the smaller the entity that you can observe.”

Users on the STRANGER THINGS subreddit have been commenting on the omnipresence of water in the series. Submerged in water in the sensory deprivation tank, Eleven is able to focus all of her energy to access the Upside Down. When she enters its astral plane, a black dimension, she seems to be walking on the surface of water–her image reflects and there are ripples as she moves. In the series, her movements in the Upside Down are mirrored in the real world by flickering electrical lights and power outages. 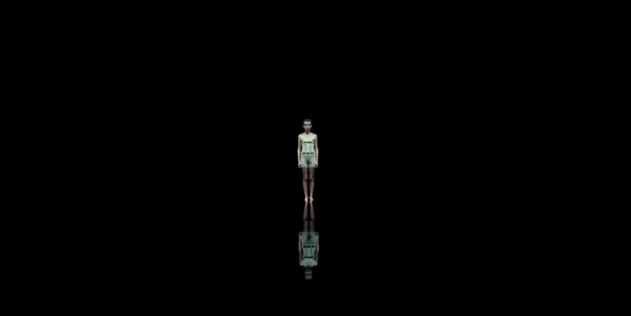 Water conducts electricity (this is why we keep hairdryers out of the bathtub). Perhaps water doesn’t just help Eleven focus, but magnifies her abilities much in the same way that water amplifies the speed at which sound travels. Sound travels more than four times as fast in water as in air. When Eleven screams into a canyon in the sixth episode, her scream manifests as an arrow which shoots across water's surface.

On the occasion of the Rio Olympics, Science Friday reported about the fluid dynamics of water. Movement disrupts the flow of water over the body (water’s laminar flow) so, the challenge for racing swimmers is to disrupt that flow as little as possible. That is why a new kind of stroke called the dolphin, in which the athlete stays underwater undulating their body, has become the fastest. Energy is used every time the surface of water is broken, and so staying underwater conserves that energy. Electricity is generated from energy, so perhaps being in the water helps Eleven recharge, so to speak. That, along with the sugar she is constantly being fed.

All eight episodes of STRANGER THINGS are streaming on Netflix. Season 2 will begin in 2017.