Journalist Ron Suskind’s son Owen was diagnosed with a pervasive developmental disorder—autism—when he was three years old. He stopped speaking and his motor skills began to deteriorate. He had a hard time walking in a straight line. After years had gone by, he suddenly began to speak. The family quickly realized that his frame of reference was the Disney movies he had been watching all these years. His father, Ron, first communicated with him by impersonating the parrot Iago from ALADDIN. His mother and older brother learned to speak Disney too. 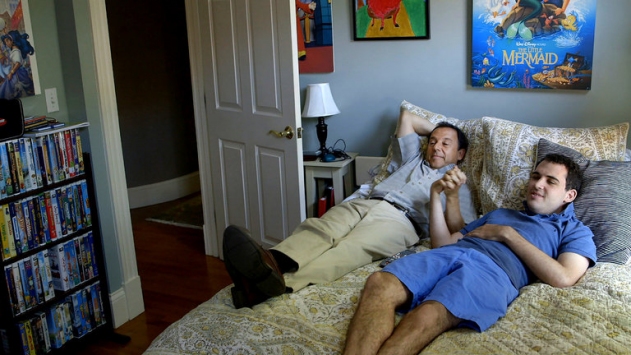 Since 1937, Disney has produced 55 feature films. Owen owns a VHS of each. He taught himself to read by looking at the credits. He navigates his social and emotional life by referencing scenes from each movie—Simba who learns to live on his own in THE LION KING, Pinocchio who learns what it means to be a real boy, Princess Jasmine and Prince Ali who kiss before riding off on their magic carpet. Neuroscientist Dr. Kevin Pelphrey, who communicated with Science & Film over email, said “I think the [Disney] references are specific but accessible. And without them Owen wouldn't really be able to reach out to the world.”

In 2014 Ron Suskind published a book, Life, Animated, about his son. That book has now become the basis for a documentary film of the same name, directed by Academy Award-winning director Roger Ross William, which combines live action with animated scenes from a story Owen himself wrote.


Science & Film attended the premiere of LIFE, ANIMATED at the Crosby Street Hotel on June 20 with the Suskind family, director, and producers in attendance along with composer Alan Menkin who scored many Disney films, and actor Gilbert Gottfried who voiced Iago. After the LIFE, ANIMATED screening, Owen and some of the family sang Disney favorites accompanied on piano by Menkin. 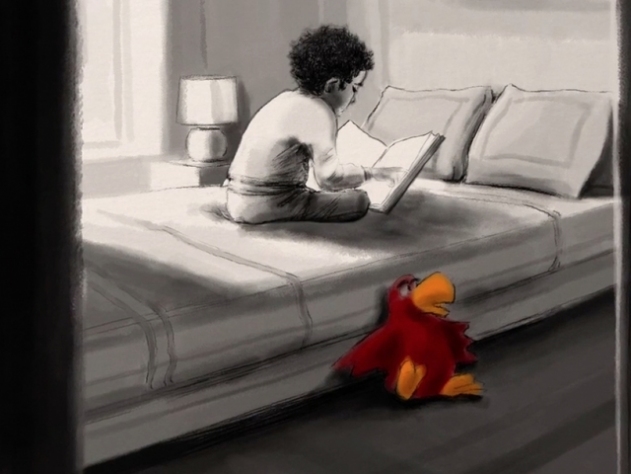 One scene in the documentary follows Owen to Rennes, France where he speaks at the International Affinity Therapy Symposium. Affinity Therapy is a structured therapy which makes use of whatever it is a child is passionate about. In Owen’s case, animated characters’ emotions, via their exaggerated facial expressions, are more accessible than those of humans. Dr. Pelphrey said, “The one other therapy I have seen that utilizes cartoons is THE TRANSPORTERS by Simon Baron-Cohen's group.”

He continued, “I think that the cartoons may help first by taking away some of the fearful associations that children with autism might develop over time in relation to faces, a complex stimulus that they do not readily process. If they have had anxiety provoking experiences socially, and have attached the felt anxiety to those faces in terms of their memory structures, then realistic faces might well be scary. So the cartoons can help by stripping away those negative associations. At the same time the cartoons convey the essence of faces and the information needed to interact socially.”

Dr. Kevin Pelphrey is the co-director of the Yale Center for Translational Developmental Neuroscience. He was on an episode of the Charlie Rose BRAIN SERIES with Nobel Laureate neuroscientist Dr. Eric Kandel about how the brain modulates social behavior.

LIFE, ANIMATED was produced by A&E IndieFilms. The Orchard is distributing. It is in theatres across the country as of July 1, 2016.